Samsung has officially launched a dual-SIM version of the Galaxy S5 designated for China Telecom without much fanfare yesterday. The dual-SIM version of the handset bears a model number G9009D and will retail for $850 (CNY5,299). It will be available along with the standard editions of the Galaxy S5 starting April 11. One SIM card slot supports CDMA2000 and the other GSM. Other than the SIM card slots, the G9009D is similar to the standard version of the Galaxy S5 and comes with a 2.5 GHz quad-core Qualcomm Snapdragon 801 CPU, 5.1-inch full-HD screen, 2 GB RAM, 16 MP ISOCELL camera, 16 GB internal memory, 2800 mAh battery and IP67 dust and water resistant certification.

Considering that the fact that the dual-SIM Galaxy S5 uses two cellular radios and the same battery as the standard Galaxy S5, there is a chance that the battery life will not be as good on the device. Samsung has confirmed that this version is exclusive to China Telecom, but the manufacturer is known to launch dual-SIM versions of its handsets in other countries where there is a market for them, like it has done with the Galaxy S3 Neo in India. 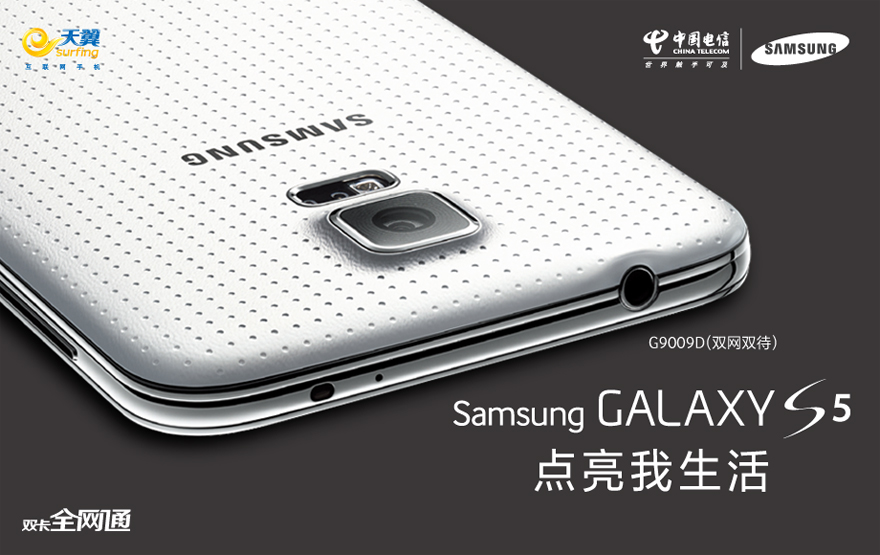