Images of the 10.1-inch Galaxy Tab 4 broke cover for the first time over the weekend, and now the Verizon model of the device has managed to pass certification from the FCC, dropping further hints that an official announcement is on the horizon. Carrying model number SM-T537V, the Verizon variant of the Tab 4 10.1 has been certified for use on LTE bands 4 and 13, while the dimensional details confirm that it is indeed the 10.1-inch member of Samsung’s fourth-generation Galaxy Tab series.

As usual, FCC doesn’t list any specs, but thankfully, we can look elsewhere for those details. Previous leaks have revealed that the Galaxy Tab 4 10.1 will sport a 1280×800 resolution display, 1.2GHz quad-core Snapdragon 400 chipset, 1/1.5GB of RAM, 16GB of inbuilt storage, at least a 3-megapixel rear shooter, a 6,800 mAh battery, and Android 4.4.2 KitKat. Nothing really impressive, but that’s not surprising, as Samsung wants anyone looking for a high-end tablet to take a look at the Galaxy TabPRO series instead. 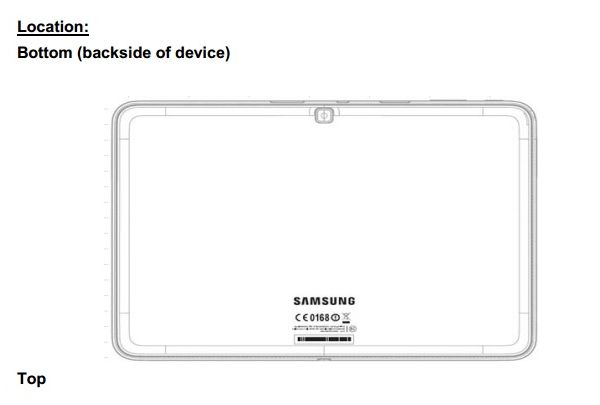