The infamous serial leaker, @Evleaks, has just posted a press render of Samsung’s upcoming Galaxy Tab 4 10.1 tablet. It looks like Samsung is all set to make its next-gen Galaxy Tab line official, relatively soon. As a few days back, press renders of the 7-inch variant of the Galaxy Tab 4 were leaked online. And two weeks ago, Galaxy Tab 4 10.1 received certification from the FCC, which also gave us a slight hint about the tablet’s design language.

According to rumours and leaked benchmarks, the Galaxy Tab 4 10.1 could pack a Quad-core Snapdragon 400 SoC clocked at 1.4GHz, Adreno 305 GPU, 1GB of RAM, 10.1-inch WXGA (1280×800) display, 3 Megapixel primary camera sensor, 1.2 Megapixel secondary camera sensor (front facing camera) and 16GB of internal storage with a MicroSD slot for storage expandability. The tablet should also feature Android 4.4.2 KitKat out of the box with Samsung’s TouchWiz UX. Yes, this is a low-end tablet and if you are looking to get a more high-end tablet, checkout Samsung’s Galaxy TabPRO/NotePRO lineup. 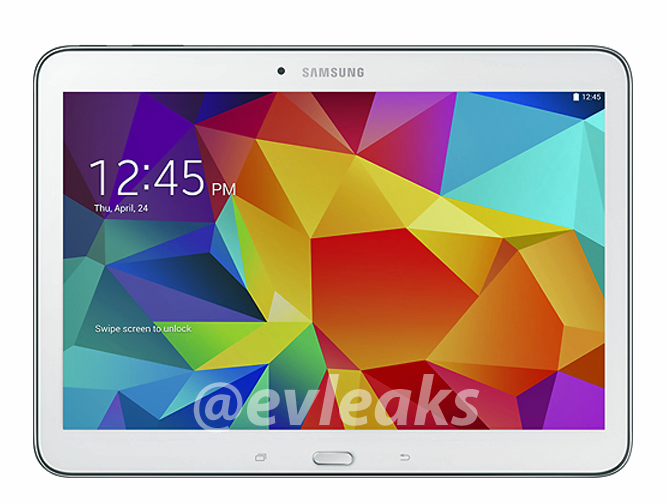 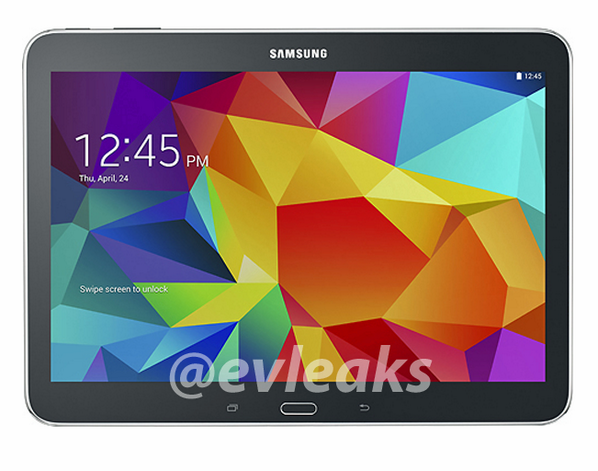 Seriously, how can you tell the difference – it just looks like any other tablet device, with Samsung branding. You could confidently publish a ‘press render’ of the next version too, that will doubtless look the same as well. These things are tablets, they look like tablets.

because it is Tab, they are all low end devices so don’t expect better hardware from Samsung Tab series. Tab Pro and Note Pro is your choice 🙂

No, its because they are cheap shits that why! another giga of ram would of only cost them 10-20$. but they decided to save it, and gave us a tablet that will constantly lag!!

Looks exactly like the current Note PRO or whatever it’s called tablet, so… this shouldn’t even be posted, as it’s become common knowledge, lol.

I take that back. I should have read the post first. There’s more to it than just a picture… my bad. Anyway, the picture still is useless, as we already know what the design is gonna be for the next 10 years *ROFL*