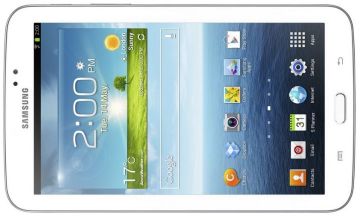 While the world is looking forward to Samsung’s new PRO tablets, T-Mobile might be preparing to bring to its consumers the Galaxy Tab 3 7.0 in the near future, according to leaked documents obtained by TmoNews. The documents reveal that both a demo unit and a retail unit were recently shipped to one of T-Mobile’s stores, indicating that a launch could take place before the month is over. Pricing isn’t mentioned, but given the humble specs of the device, it will likely be somewhere below $300 without a contract.