Samsung’s Smartphone GamePad launches in Europe, supports 35 games out of the box 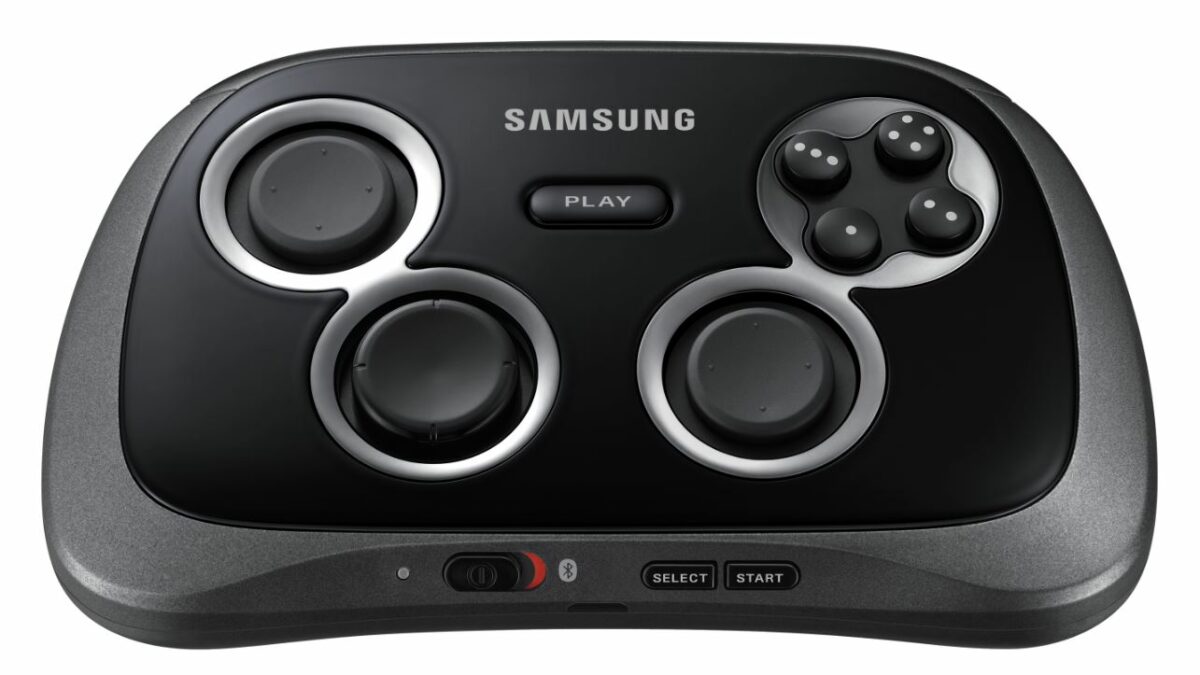 Samsung is finally ready to launch its Android GamePad controller, which was unveiled way back in March along with the Galaxy S4 and recently received a more sober design. Called “Smartphone GamePad,” the controller will be compatible with devices running Android 4.1 and above (optimized for Android 4.3 on Samsung devices), connect via Bluetooth (or NFC), with the ability to hold devices ranging from 4 to 6.3-inches in size. The controller comes with a dedicated “PLAY” button that will fire up Samsung’s Mobile Console app on select Galaxy phones, through which users will be able to download various game titles, and a rechargeable battery is included for powering the entire thing.

At launch, the GamePad is compatible with 35 games, including Need for Speed™ Most Wanted, Asphalt 8 : Airborne, Modern Combat 4: Zero Hour, Prince of Persia: The Shadow and the Flame, and Virtua Tennis™ Challenge. Availability will be extended outside Europe in the coming months, though pricing remains a mystery at this point (judging by other Samsung accessories, expect this one to be rather costly as well). An old patent application is floating around the so-called mobile blogosphere, depicting a Samsung wireless gamepad for Galaxy smartphones. Nobody seems to know when the final product will come out, and that’s most likely because the device was already quietly introduced many months ago, right around the time the Galaxy Note 10 series was unveiled […]

A leaked render has surfaced online revealing that Samsung is developing a Bluetooth-enabled controller to work alongside its Gear VR headset. Unlike Oculus, who bundled a standard Xbox controller with all Rift units, Samsung’s offering has been designed from the ground up to work exclusively with its virtual reality device, which is why it can […]

Samsung is doing everything it can to make the Gear VR a success, knowing fully that virtual reality would become a huge market in the future. The company has already released a few compelling games for its virtual reality headset like the Land’s End, and now the South Korean smartphone giant is working on a wireless […]

Samsung announced its own game controller, called the Smartphone GamePad, last month, and now the company has launched the controller in its home country, for a price of 85,000 won ($80). The GamePad is compatible with Android 4.1 and above (optimized for Android 4.3 on Samsung devices) and connects via Bluetooth (or NFC on NFC-enabled devices), […]

Samsung officially launched its GamePad game controller in Europe yesterday, and now the company has announced that it will be releasing a Game Edition of the Galaxy Tab 3 8.0 that will come with a bundled GamePad. Since the GamePad is only for attaching smartphones, the bundle will also include an HDMI adapter so users […]