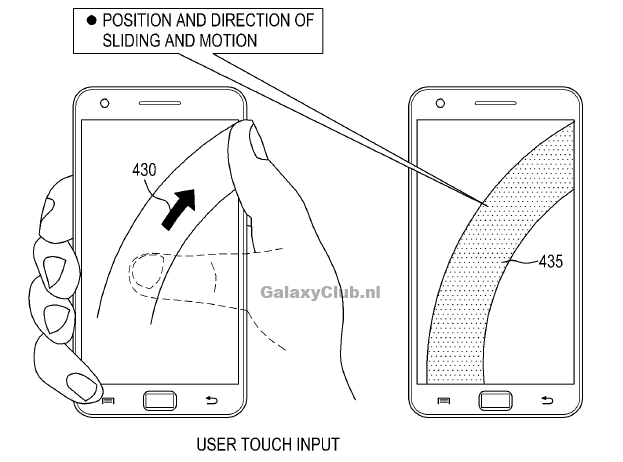 One-hand operation of smartphones is becoming more and more of an inconvenience as display sizes become bigger with each passing year. Samsung mitigates the issue by offering a one-handed operation mode on the Galaxy Note 3, which reduces the size of the on-screen content and pushes it to a particular side of the screen, and the Korean company might be working on making one-hand operation even better with the Galaxy S5.

A patent application describes a feature that will let a user resize the on-screen interface according to his/her comfort zone., described by the scope of the thumb. Furthermore, instead of a standard square window and portrait/landscape orientation, a particular app’s window would be resizable to any odd form and placed on a particular side of the screen, rotated diagonally and/or any which way the user would want; users will also be able to change the density of the interface’s elements, such as the on-screen icons. It’s an interesting feature, and one that would make the one-hand experience on the Galaxy S5 even better, especially if Samsung intends to adopt a larger screen than the one on the S4’s.

As always, a patent application doesn’t mean we’ll see the feature actually be used any time soon (if at all), but in this case, it would be a nice feature to flaunt for the Galaxy S5, and it will likely make its way to older smartphones like the Galaxy Note 3 (which would benefit greatly from it). The source link has more details on how the feature would work, so go ahead and give it a good read. 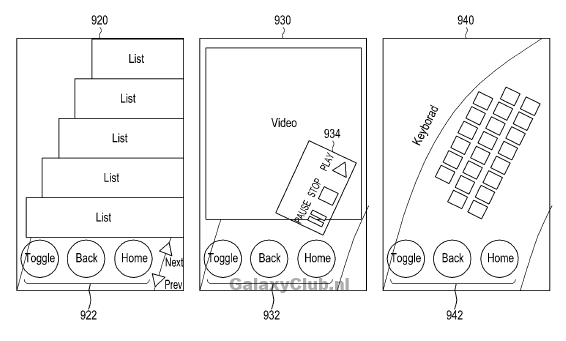