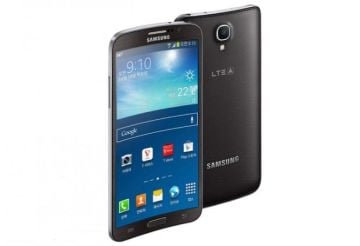 It looks like Samsung’s excursions into new product categories in the mobile market aren’t working out so well. A lot of hoopla was made about the Galaxy Gear’s sales being abysmal worldwide recently, and now, according to a different report, sales of the Galaxy Round have been even worse, with only around 10,000 units apparently sold since launch.

The reason for the lukewarm (or should it be cold?) reception is attributed to two things: the lack of availability of the device on demo shelves in most stores, and also the fact that while folks do come and try out the device out at stores, it’s mostly out of curiosity for the strange form factor, curiosity that isn’t turning into sales. This isn’t surprising, as the high cost and lack of compelling reasons for that curved display are something that will deter most of spending their cash on the device, so it seems Samsung will have to come with something much better and sensibly priced with the second-generation Galaxy Round, including availability in more than just the company’s home country.

Read our review of the Galaxy Round here.

Early this year, Samsung announced that they would come out with a phone with a flexible OLED screen, and showed off several prototypes at CES 2013. Then, in early November, the company announced the Galaxy Round, the world’s first smartphone with a curved screen, which is now in stores in limited quantity. We took the […]