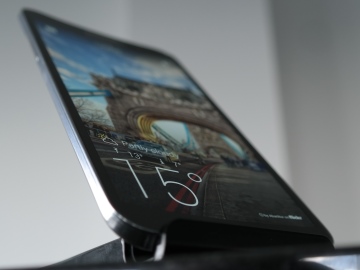 Early this year, Samsung announced that they would come out with a phone with a flexible OLED screen, and showed off several prototypes at CES 2013. Then, in early November, the company announced the Galaxy Round, the world’s first smartphone with a curved screen, which is now in stores in limited quantity. We took the chance to have it shipped to us from South Korea for a review, so read on to find out if Samsung’s curved screen actually adds value to the experience.

The Galaxy Round looks like the Galaxy Note III quite a lot. As said before, the handset uses a screen with a slight curve – the curve is almost not noticeable is certainly minimal. The screen type is the same as the Note 3’s, namely a 5.68-inch Full HD 1080p Super AMOLED display. What’s striking about the Round is how nice it feels when held in the hand. That’s a result of Samsung hang bent the back of the device along with the screen – oh, and the back is the same as the Galaxy Note 3’s, a plastic cover but with a leather pattern with faux stitching that makes it feel more premium than any other Samsung smartphone in recent years. Elsewhere, the Galaxy Round remains basically the same as the Note 3, but lacks S Pen functionality.

Here are some pictures of the design from the Galaxy Round plus some comparison pictures with the Galaxy Note 3. 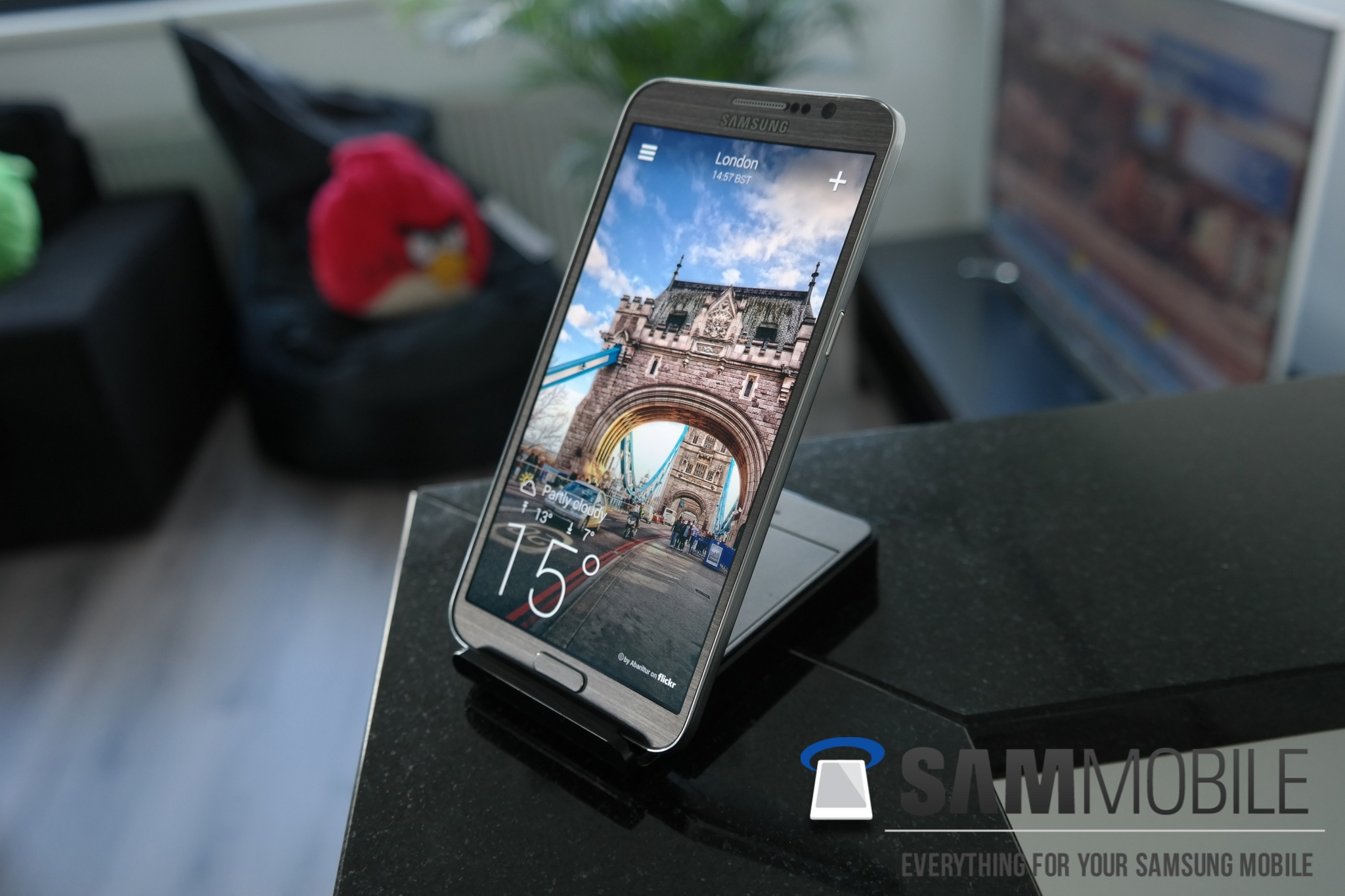 Normally after our design summary we start directly with the interface of the device. But since this device is mainly about the screen, we have chosen to run through this first.

As mentioned earlier, the Round uses the same display type as the Galaxy Note 3, which was said to be one of the best displays out there by DisplayMate. As for the curve, DisplayMate believes that the Round is bent in the right way, allowing the screen to be easier to read in direct sunlight, which we can confirm from our own experience – the Note 3 was slightly less legible than the Round in direct sunlight. The pixel density is the same on both handsets, which is to say they both have some of the sharpest screens around, with pixels virtually not discernible by the naked eye.

Yet the question for this handset with a curved screen remains: does it add anything?

Answer to this question is YES, it certainly does.

What struck us the most, while watching photos and videos, is mainly the small depth of the screen itself. Because the screen is lightly curved, you get a sort of 3D effect. This effect is particularly noticeable when watching high-resolution files. Compare this with a small folder that you pick up, it has the same curvature as the Galaxy Round. Things like swiping also feel more comfortable on the curved screen.

Of course the question is: are curved screens a worthy upgrade from the traditional flat screens? Not yet – in our opinion the screen could be rounder. The viewing angles are in fact still quite large, meaning screen privacy is still not that much better, which is either an advantage or a disadvantage depending on your point of view (sharing the device’s screen with friends and family when viewing multimedia remains a non-issue). However, it feels better and there is more depth in the screen, and it’s certainly very comfortable to hold in your hand.

Our conclusion: a curved screen is better for the user experience, especially in depth perception, but it could have been slightly more curved.

Samsung has chosen not to adjust the interface of the Galaxy Round, everything seems the same as that of the Galaxy Note III. However, Samsung left out all S Pen functionality and apps, though you get 24 free apps from Korean operator SKT (thank you, exactly what we need: bloat and useless apps).

It’s the same old TouchWiz Nature UX running atop Android 4.3, like the Galaxy Note 3, making it one of the easiest and feature-packed device. Nevertheless, the interface hasn’t completely remained the same as there are a few motion features, mainly to use with the curved design of the Galaxy Round.

The motion features are:

As you can see above, the changes are minimal – make sure to watch our hands-on video review showing these interface features. Our conclusion on Samsung’s new motion techniques are mixed, many are not quite as easy to use. However, we must say that our favorite is the Play previous / next track option and it works very well. This is especially useful when you are sitting in the garden or have dirty hands. Unfortunately, the firmware of our Galaxy Round is not bug-free – the View Chapter List function hangs sometimes when showing an animated preview, though we expect Samsung will fix this with future updates. 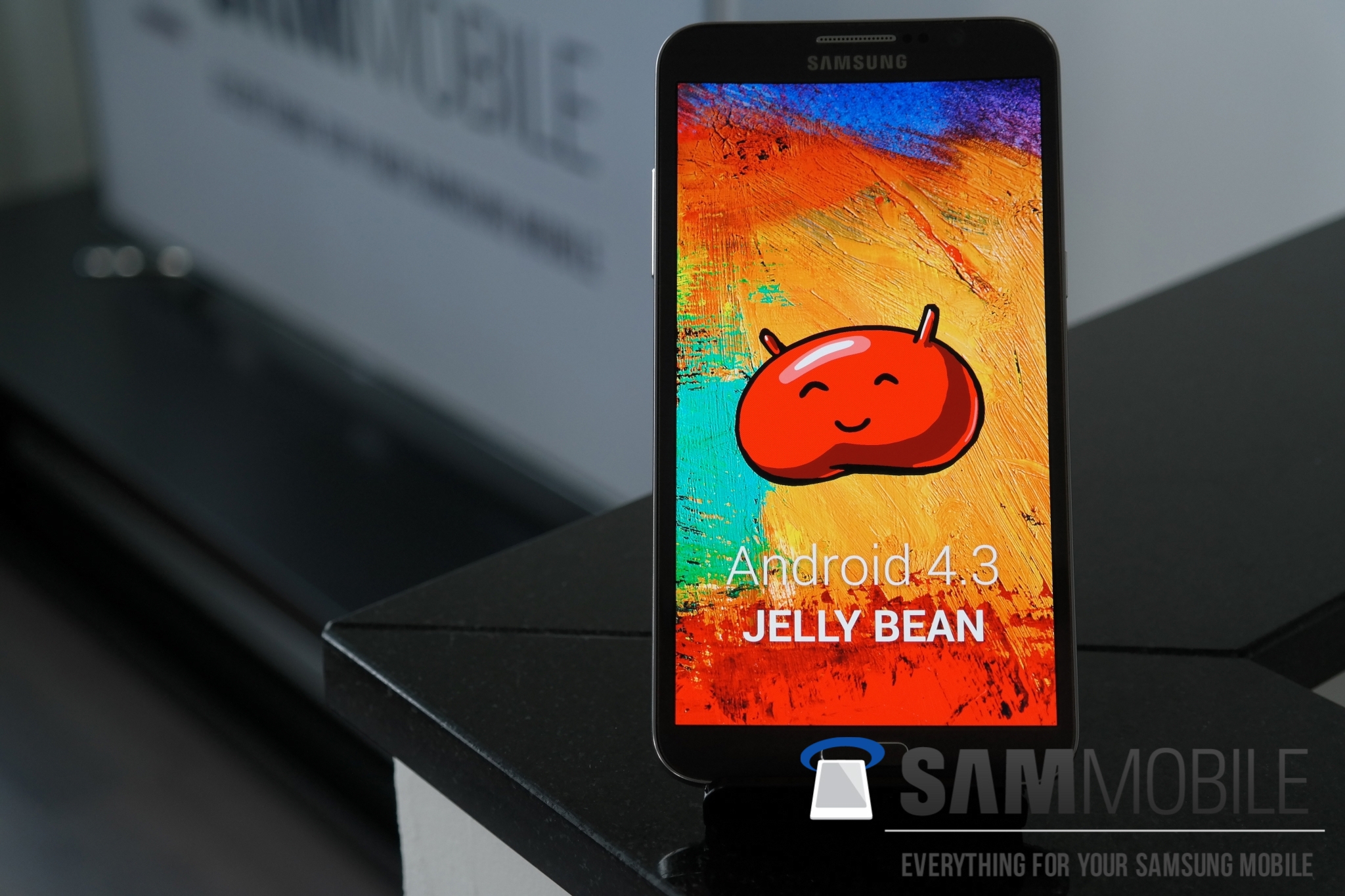 The camera on the Galaxy Round is the same sensor as the S4 and Note 3′s, meaning it’s one of the best Android cameras around. The maximum resolution is 4128×3096, though by default photos are taken at a resolution of 9.6-megapixel – no matter which mode you use, photos come out great in normal lighting conditions, with lots of details visible, though low-light photos could be better and should be improved via a software update, as they aren’t on par with what the S4’s low-light performance. There are a lot of camera modes that we saw on the S4, and including a 360 panorama mode like Google’s Photo Sphere, called Surround Shot.

When it comes to video, the Galaxy Round shares the same camera as the Galaxy Note 3 so it can record 4k video (3840×3160) too (though only 5 minute videos at a time), making it the fourth smartphone after the Acer Liquid S2, Sony Xperia Z1 and Galaxy Note 3 to do so.

Here are a few photos we took with the Galaxy Round.

The Galaxy Round uses the Snapdragon 800 processor, which is the fastest around and will not let you experience any lag when swiping through the menus. Multitasking is certainly no problem either, thanks to the 3GB RAM inside, though the device may feel a bit warm during heavy use. We won’t be showing off any benchmarks as they don’t project real-life experience, but like the Note 3, the Galaxy Round remains the one of the fastest devices we’ve used. Memory usage could be a bit better, as Samsung’s own apps and services consume a fair bit of RAM, but in general multitasking is great, especially with features like Multi Window.

With the Galaxy Round, Samsung has put a device on the market that has the world’s first curved ‘flexible’ OLED screen. The device looks quite similar to the Galaxy Note 3, and the screen is very nice and certainly better in some areas than traditional flat screens, though it’s clear more works needs to be done on the curved display technique. The new motion controls are good, but unfortunately not all of them work well. Meanwhile, Samsung’s biggest rival, LG, isn’t sitting idle.

This month LG announced the LG G Flex, its first smartphone with a curved OLED screen. LG has chosen to do a horizontal curve, where Samsung has made a vertical curve with the Galaxy Round. The great thing about the G Flex is the technology behind the screen and its casing – the G Flex can be bent into a totally flat device. This is something the Galaxy Round cannot do. Also, the screen of LG ‘s technology is more or less better – LG uses the screen itself as the top layer, while Samsung is still using glass on top. However, the resolution of Samsung’s Round is way higher than that of the G Flex (1080p vs 720p).

It increasingly looks like a small war between the two tech giants in the display technology department. However, the LG Flex wins this battle despite its lower resolution, though it remains to be seen how the G Flex does in terms of sunlight legibility.

Of course, the bigger question is whether Samsung has launched the Galaxy Round just to be the first with a flexible display, and to build up their own stock before they release their first real flexible OLED screen phones to the market for a larger audience.

All in all, the Galaxy Round is a nice phone (currently) for the Korean market, even without the S Pen functions. The new motion functions do not add up to anything but some are certainly convenient. Samsung’s own interface is running as expected and the battery is quite good. Thanks to the Snapdragon 800, the Galaxy Round continues to run completely smooth.

We expect Samsung to come up with a successor for a wider audience very soon. Curved screens are definitely the future in terms of adding value to the user experience. However, as of this moment, the pursuit of the perfect implementation continues, so we’ll be looking forward to that Galaxy Round successor with bated breath and anticipation.

It looks like Samsung’s excursions into new product categories in the mobile market aren’t working out so well. A lot of hoopla was made about the Galaxy Gear’s sales being abysmal worldwide recently, and now, according to a different report, sales of the Galaxy Round have been even worse, with only around 10,000 units apparently […]