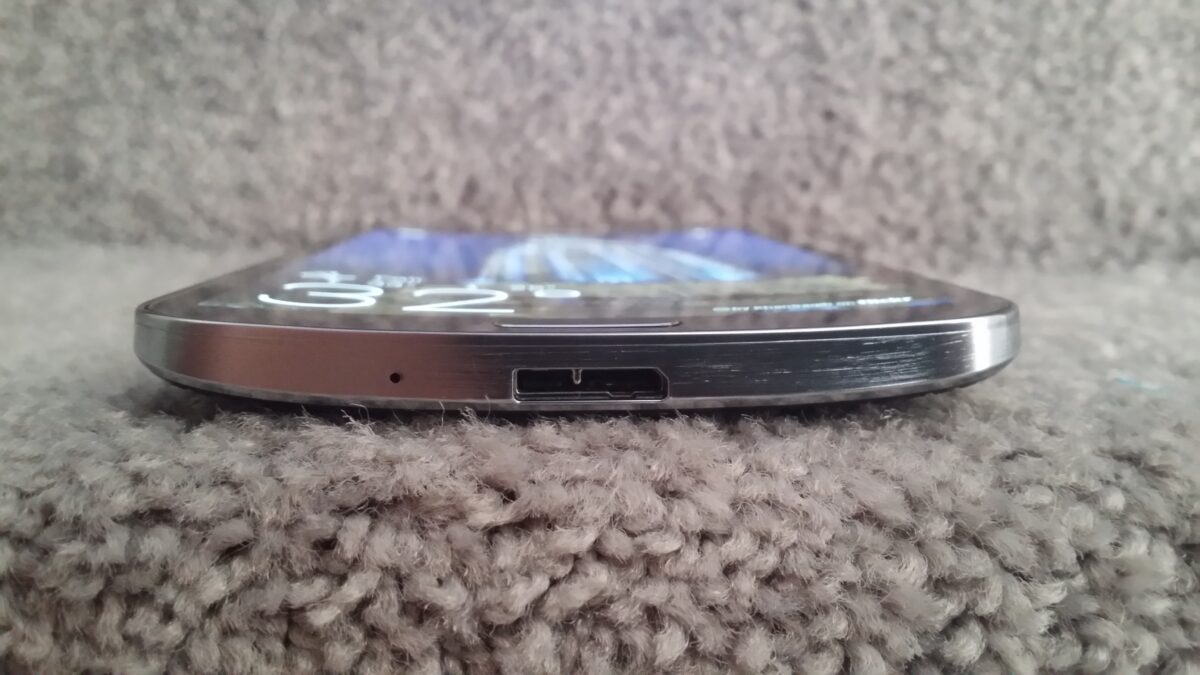 Four weeks ago, Samsung went ahead and announced the Galaxy Round in South Korea, as the world’s first smartphone with a curved, aka flexible display. This was a major tech announcement not only for Samsung but also for the industry. 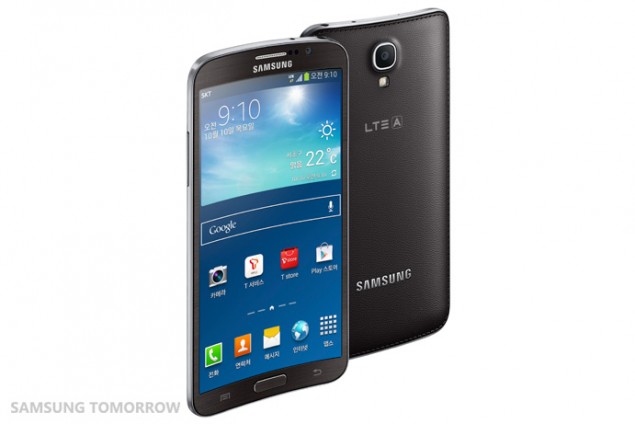 After using flat panels for over two decades its time for something new, something that will change how we interact with our mobile devices and will open new possibilities for manufacturers. You may think that we have seen curved displays in mobile devices earlier, like in 2010 when Samsung and Google announced the Nexus S which had a ‘Contour Display’. But the fact is that the Nexus S didn’t have a curved display. The capacitive digitizer was fused to the flat AMOLED panel but the glass covering the display had a slight curve to its exterior surface. A year later in Hong Kong Samsung and Google revealed the Galaxy Nexus which also had a ‘Contour Display’.

Earlier this year at CES (Consumer Electronics Show in Las Vegas) Samsung showed a prototype with a Flexible Display which goes under Samsung’s brand name ‘Youm’. The prototype was unveiled by Brian Berkeley (SVP San Jose Display Lab) which had a curve on the right side of the device where it could show small content like: previews of emails, text messages and so on. On the Galaxy Round, Samsung has taken a different approach on how to use a curved display on the smartphone. Samsung has implemented a roll feature which lets the user check the date, time, missed calls, battery, etc by slightly ‘rolling’ the phone over towards one side when the screen is off. For the record, Samsung has implemented the same feature on other GALAXY smartphones under the name ‘Quick Glance’ which works when the user is waving their hand over the proximity sensor. 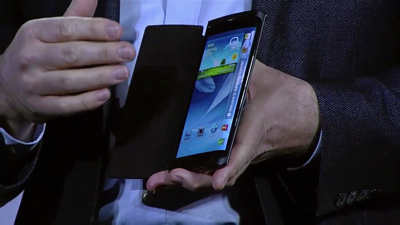 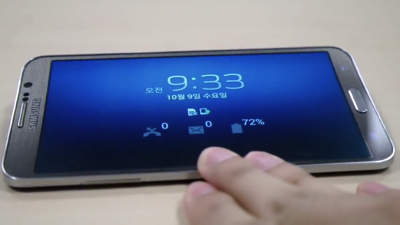 You might be wondering what the advantages of having a smartphone with a flexible/curved display are, since at first sight it doesn’t have much added value over standard smartphones, like the GALAXY S4 or the GALAXY Note 3. The advantages are that thanks to flexible displays, smartphones can much slimmer and thinner than regular smartphones because flexible displays are significantly slimmer at just 0.4mm, and since it doesn’t require a layer of glass, it’s lighter as well. The lack of glass – a plastic substrate is used instead – also means it’s more durable, since there’s nothing that can be shattered or broken if the phone drops. In particular, the Galaxy Round also offers other benefits, such as reduced reflections under the sun, and also increased privacy.

As we reported earlier this week Samsung won’t produce millions of units of the GALAXY Round because of the more complex production process and costs. It also won’t be sold outside South Korea. The GALAXY Round will be a commercial test case for Samsung and it will be very likely that Samsung will release in the near future a successor of the GALAXY Round which probably will reach more countries.

As I mentioned earlier the announcement of the GALAXY Round is important for the industry because it’s a step in the direction of new form factors – even LG has launched a flexible display smartphone, the LG G Flex, hinting that it’s a form factor that has some value. Earlier this year at CE, Samsung showed a video with the possibilities of Flexible Displays in the future. In the video we saw 2 concepts, the first one was a device which you could open to use as a small-sized tablet; once you close it you will have your smartphone back. 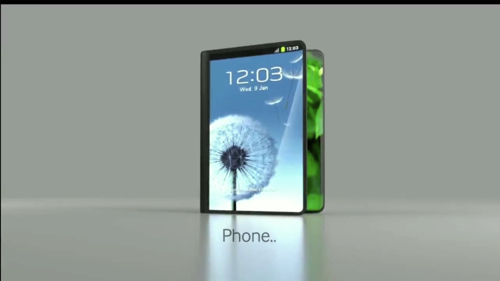 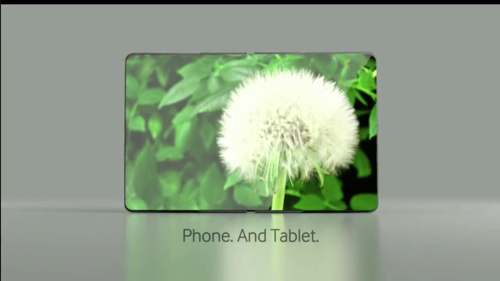 The second concept was like having a case the size of a pen where you could slide out the display with just pressing a button. Theoretically both concepts can be released as a consumer product pretty soon because both concepts are not fully flexible devices, but are more of pseudo-flexible devices, since the device itself is not fully flexible. Especially the first concept where you have a sort of booklet form factor which you can open to use as a tablet – this concept has only a flexible display for using it as tablet, not otherwise, though other parts are smaller than usual. For releasing such devices, the challenges for manufacturing are not only the much more complex production process and costs, but also the matter of keeping great quality even when some parts are extremely small. Because if Samsung will release such devices, then they won’t want consumers to go a step back because the camera sensor isn’t capable of shooting quality images, especially in comparison with other devices that they are making. I believe that on the short-term Samsung will have to make concessions, but I’m sure that Samsung will try to keep it less visible for the average consumer to notice.

Other area which will be a tough challenge is retaining or even improving current battery life. With new form factors, manufacturers have to rethink about how to place batteries in these new devices. Earlier this month LG has shown a flexible battery shaped like a cable. Samsung is also investing in this area to find and develop new batteries for this new era of devices. After the partially flexible devices are done well, the step can be made to fully flexible devices, which can be released as consumer products. 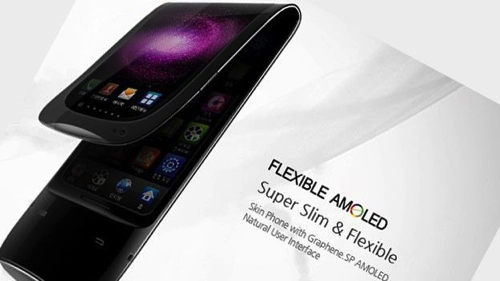 In August, Samsung launched the ‘Flexible Future Business Plan Competition’ in the US. The competition was from August 29th till October 6th, and users could send their ideas on how to use a Flexible Display up to 20-inches in size, in Full HD Resolution in a consumer product. Samsung would then judge how important a Flexible Display is to the device, as well as design, practicality of hardware and business plan. The winner could win $10k, the second and third place would receive $5k and $2.5k respectively. It’s an indication of how serious the business of flexible displays is going to be, and it’s clear that Samsung wants to at the forefront, through its own development processes and through ideas from outside.

So, are flexible displays the future? Definitely, since it will open a new era with new exciting possibilities. Feel free to share your thoughts about Flexible Displays down in the comments!