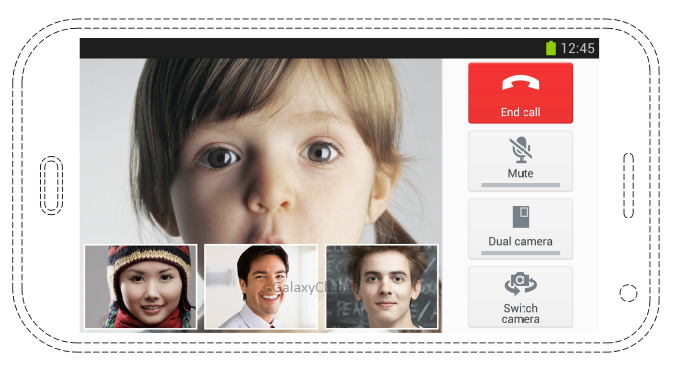 As is the case with every new flagship smartphone released by Samsung, the Galaxy S5 will likely feature numerous new software features to enhance the user experience, and we might just have a glimpse of at least one such feature – built-in conference calls capability (with video support) between multiple persons. A document filed to the Korean Intellectual Property Rights Information Service shows the interface for such a feature.

By what is shown in the app portrayed in the pictures you see, it would seem users will be able to use both the front and back camera at the same time when in a video call conference, while also being able to see the video feeds of others at the bottom of the screen. It’s possible the feature might come as an update to ChatON, which already does allow one-way conference calls – the option to have multi-party calls would give Samsung a nice feature to boast about on its messaging app, though whether it debuts on the Galaxy S5 or through a software update to ChatON before that is something that remains to be seen.