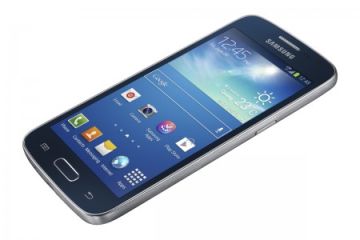 Samsung UK has announced that an updated version of the Galaxy Express, a mid-range handset launched earlier this year, will be heading to Vodafone UK on October 23rd, called the Galaxy Express 2. The device will be made available in “ceramic white” and “Rigel blue” color options, with the latter exclusive to Vodafone; the handset till be launched by other carriers in the country later on at an unspecified date.

London, UK – October 22nd, 2013 –Samsung has today announced that the Galaxy Express 2 LTE version, an updated version of the popular Galaxy Express, will be available to buy in the UK from 23rd October exclusively from Vodafone stores at launch with additional retailers to follow at a later date.

The Galaxy Express 2 is powered by Android 4.2, and with a 1.7GHz dual core processor and 4.5 inch display it allows you to watch multimedia content on the go. The new device features a number of Samsung’s smart functions such as Smart Stay, which uses advanced facial recognition to detect when the phone is in use, as well as Group Play which allows you to share music, documents and photos with other compatible Samsung devices. In addition, the new handset also features S Travel, Story Album and S Translator making Samsung’s latest device the perfect travel companion.

Simon Stanford, Vice President of IT & Mobile Division, Samsung Electronics UK & Ireland said: “Our latest addition to the Galaxy portfolio, the Galaxy Express 2 has been designed to provide a faster and smoother user experience. As with all smartphones in our Galaxy range, the Galaxy Express 2 is packed full of intuitive features and smart functions, offering customers superior performance.”

The Galaxy Express 2 will be available in Ceramic White in the UK exclusively at Vodafone stores at launch and further retailers from a later date. Vodafone will also be offering an exclusive shade of Rigel Blue.