One of our trusted insiders has sent us a picture of an internal document for Samsung’s KNOX security suite, and to our delight, the document confirms that Android 4.4 KitKat will be making its way to a couple of Samsung devices. The document mentions that the Galaxy Mega and Galaxy S4 mini will come with KNOX pre-loaded once they’re updated to Android 4.4, a rather damning confirmation that all three devices (counting both the Mega 6.3 and 5.8) will be enjoying Google’s chocolate-flavored OS at some point of time.

Now, while the document doesn’t list flagship devices like the Galaxy S4 and Note 3 with Android 4.4, it’s pretty much a given that both devices will be updated if mid-range devices are getting the update. A Samsung rep recently confirmed that Android 4.4 would be coming to the Galaxy S3 and Note II, so there’s a fairly high chance Samsung will have many of its devices on Android 4.4 in 2014 (the Note II will surely be updated, if Samsung follows its tradition of providing at least two major upgrades to every flagship).

Our insider also mentions that KNOX will come pre-installed on all the mentioned devices after they receive the particular updates. However, Chinese variants will have only the KNOX installer pre-loaded, using which the actual files for KNOX will be downloaded, while some carrier-locked devices may hide KNOX if operators decide to opt out of offering the service. 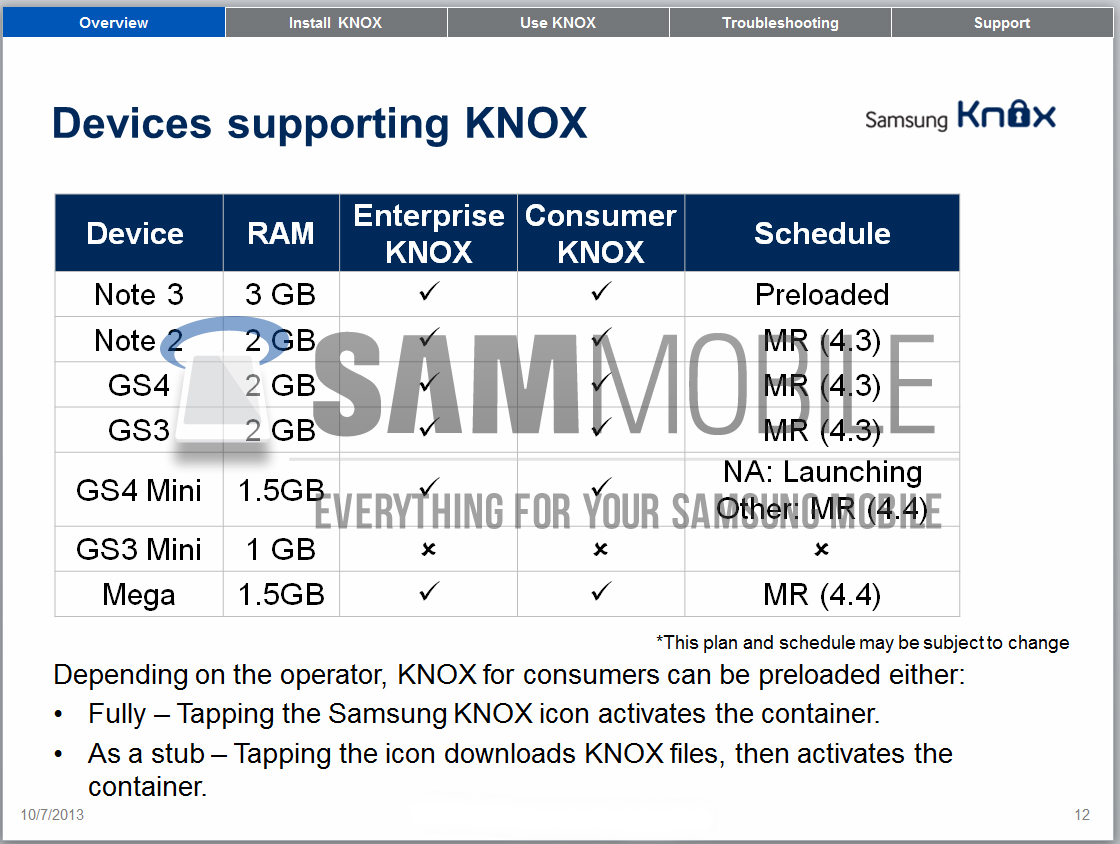