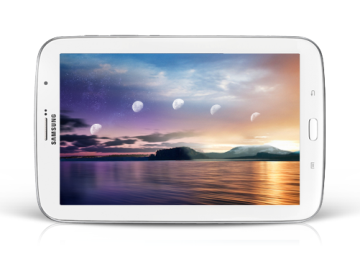 Looks like Samsung wants to update most of its Android devices to Android 4.2.2 in this week. After updating the Galaxy S2 Plus and the Galaxy Tab 2 8.0, it’s Galaxy Note 8.0 LTE’s turn to get updated to Android 4.2.2. You might not be able to update your device to Android 4.2.2 Jelly Bean right away as the update is rolling out in phases. Currently, the Android 4.2.2 update has been given to the UK customers, but don’t worry other countries will follow soon.

You can update your Samsung Galaxy Note 8.0 LTE (GT-N5120) through Samsung KIES or via OTA. Make sure you fully charge your device’s battery before upgrading as the update is quite big.

All the new Android 4.2.2 Jelly Bean Firmwares for the Galaxy Note 8.0 LTE (GT-N5120) are present in our Firmware Section as well. You can use our Firmware Section to manually update your device if for some reason you can’t officially update your device via Samsung Kies or via OTA as you are using a Custom ROM or if your country has yet not received the Android 4.2.2 Jelly Bean Update.

If you have a Galaxy Note 8.0 LTE with the 4.2.2 update installed, please send us some screenshots.

After announcing that the Galaxy Note 8.0 will be made available on its network, Three UK has today launched t …

UK carrier Three has announced, via a YouTube video, that it will begin offering the Galaxy Note 8.0 to custom …

Samsung’s moving quick and swift in its endeavour to put Android 4.2.2 on its phones and tablets, and no …

In 2011, 2012 and this year Samsung brought plenty of Android devices. Today we received, through our insider …