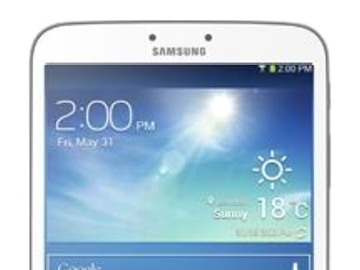 Samsung’s moving quick and swift in its endeavour to put Android 4.2.2 on its phones and tablets, and now the company has started rolling out the Android 4.2.2 update for the 3G variant of the Galaxy Note 8.0 (model number GT-N5100), just over a week after the LTE variant was updated. The update is currently available in Germany, though since it’s a phased rollout, it might take a day or two before you see it on your Note 8.0.

You can grab the update both over-the-air (OTA) or via Kies. Here are the firmware details:

The Android 4.2.2 update firmware for the Galaxy Note 8.0 3G is also available in our firmware section, and you can use the firmware for manually updating to Android 4.2.2 in case you can’t officially update through the OTA or Kies (for example, if you’re rooted, running a custom ROM, or in a country where the update is not yet available, though you might have to wipe data to make the device boot up in that case).