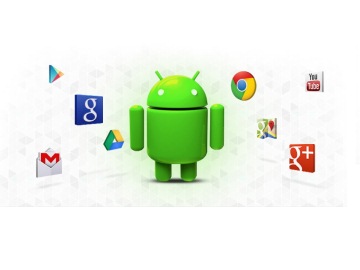 In 2011, 2012 and this year Samsung brought plenty of Android devices. Today we received, through our insider the first pre-list about upcoming Android updates from the Korean giant. Samsung will update the Galaxy S II and Note to Android 4.2.2 but this will be the last update for these devices. This means the Galaxy S II and Note received an update from 2.3.6 to 4.0.4 to 4.1.2 and will stop at Android version 4.2.2. Google is the only OEM which gives so many updates to its devices but Samsung is doing the same now. Below is the list of devices, which will receive the Android 4.2.2 update from Samsung.

But there is more according to the first pre-list, Samsung will only update 5 devices to Android 5.0, which is not yet announced by Google but is expected to be announced at the upcoming Google IO. The devices which will be getting the Android 5.0 update are the Galaxy S III, Galaxy S4, Note II, Note 8.0 and Note 10.1. Our insider finished with saying that plenty of MID-range Android devices of 2012 / 2013 will also receive a value pack update. Samsung did this before with the first generation of Galaxy devices. The insider confirmed Google’s next version is expected to be a big update and Samsung will take some time to update their devices.

Remember this is an pre-list. (Samsung could still change devices!)
Do not ask for other devices, if we know more we will tell you.
* List is not complete yet!

Why bother with the new Google Pixel when Samsung is the Android king?

Apparently, Google announced a bunch of new devices a couple of weeks ago. The day it unveiled the Pixel 7 and Pixel 7 Pro came and went without much fanfare. Google might be getting serious about its hardware but even it’s unable to match Samsung’s dominance of the Android landscape. Let’s not forget that these […]

The EU (European Union) has passed a resolution with a resounding mandate to make USB Type-C charging for mobile phones a standard by the end of 2024. As per the resolution, all medium and small-sized electronic devices will have to come with USB-C charging ports in order to be sold in the EU. Small and […]