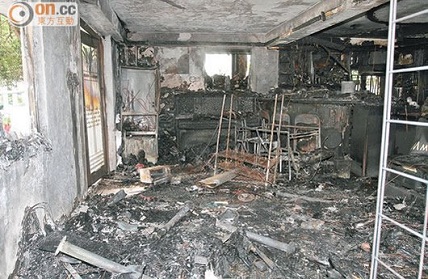 Apparently, a Hong Kong resident, known as Mr. Du, was playing a game of Love Machine on his Galaxy S4 when the device exploded. As soon as the device exploded Mr. Du threw the device at his couch which caused the sofa to set on fire, which then burnt down his apartment. The blazing flames spread to his mercedes too, claims Mr. Du.

During this incident, Mr. Du and his wife safely managed to escape from their apartment with only minor injuries. According to Mr.Du, the Galaxy S4 was equipped with a genuine Samsung battery pack and he always used a legitimate Samsung Charger to charge his device.

Firefighters rushed towards the location as soon as they received the report. It took them 30 minutes to stop the fire. Fire investigation concluded that the cause of the fire was not due to suspicious circumstances, but the unit has been severely damaged and almost all house valuables have been destroyed with the house itself. 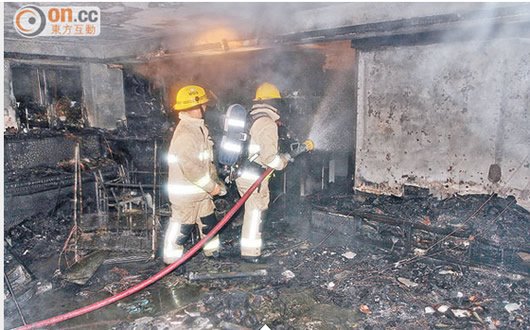 There have been quite a few cases of exploding Samsung devices in the past and all have been caused due to the customer’s use of fake parts (batteries, chargers etc..) in their smartphones. We believe that this case will have the same outcome in the end, but we may be wrong.