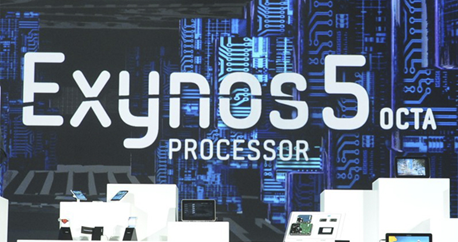 The Samsung Galaxy S4’s Korean variant (SHV-E300S/K) will support an Exynos 5 Octa CPU clocked at 1.8GHz. The device has just passed through FCC certification in the United States of America and the documents on the FCC’s website reveal this information.

According to the FCC documents, the Korean version of the Galaxy S4 will have an Exynos 5 Octa CPU with a clockspeed of 1800MHz (1.8GHz) whereas the Global Variant of the Galaxy S4 (GT-I9500) is clocked at 1600MHz (1.6GHz), this makes the Korean variant 200MHz faster. The documents also reveal that the Korean Galaxy S4 supports multi-band LTE (Band 3,5,1,7,17) too. The device is scheduled to be made available between a time frame of late April to early May.

Earlier this month, Samsung announced that the over 10 million units were sold of the Galaxy S4 in under one month. Obviously, The sales will slow down as the time passes but, according to RBC Capital Markets analyst Mark Sue, Galaxy S4 sales will hit 80 million units this year. “Galaxy S-4 demand in the first month […]