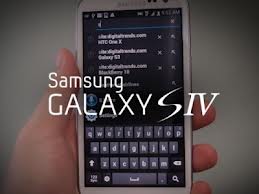 Where the iPhone is world’s hottest rumoured device ever, Samsung is getting in second place thanks to the succes of their Galaxy S line. As MWC 2013 approaching our insiders are working very hard on getting us information about upcoming devices which are going to be announced but this article has nothing to do with MWC. This article is all about Samsung’ next flagship device! Today, We of SamMobile are able to confirm more details about Samsung’s next flagship device! On December 20th, SamMobile hinted about Samsung starting sessions for a new high-end product. Now is the time to confirm this information with some extra details.

Samsung’s next flaghsip device built under codename “Project J” has now been changed to codename “Altius(J)”. The Samsung Altius will come in 2 colours black and white. Samsung will of course give the colours nicer names but we are currently unaware of them. Samsung is planning to ship the Altius starting from week 16, which simply means April 15. We expect Samsung to hold an unpacked event at MWC or sometime in March. Samsung could hold one of its mobile unpacked events in London, New York or even Korea.

Lets hope Samsung uses high quality materials on the next generation Galaxy S device, like it does on its Wave and Omnia line (Aluminum).

As you may have noticed till now, we haven’t pointed out the official name of Samsung’s next flagship device. The reason simply is that the name has not been finalized yet. Number 4 is believed to be bad luck in Korea. Samsung even changed the model number to GT-I9500. Yesterday, Mr. Shin (Vice President of Samsung Mobile) hinted at the name “Galaxy S IV”, Of course it’s still a mystery that the next generation Galaxy S device will indeed be called the Galaxy S IV or not.

Update: Guys over at TuttoAndroid found an image on Picasa, which is claimed to be a press shot of the alleged next generation Galaxy S device. We of SamMobile think that the image is a hoax, few things which makes us think that this image is a fake. The UI looks exactly the same as the current nature TouchWiz UX, the design of the device is very similar to the Galaxy Note II and Samsung never uses battery percentage icon in their Mobile Phone press shots.