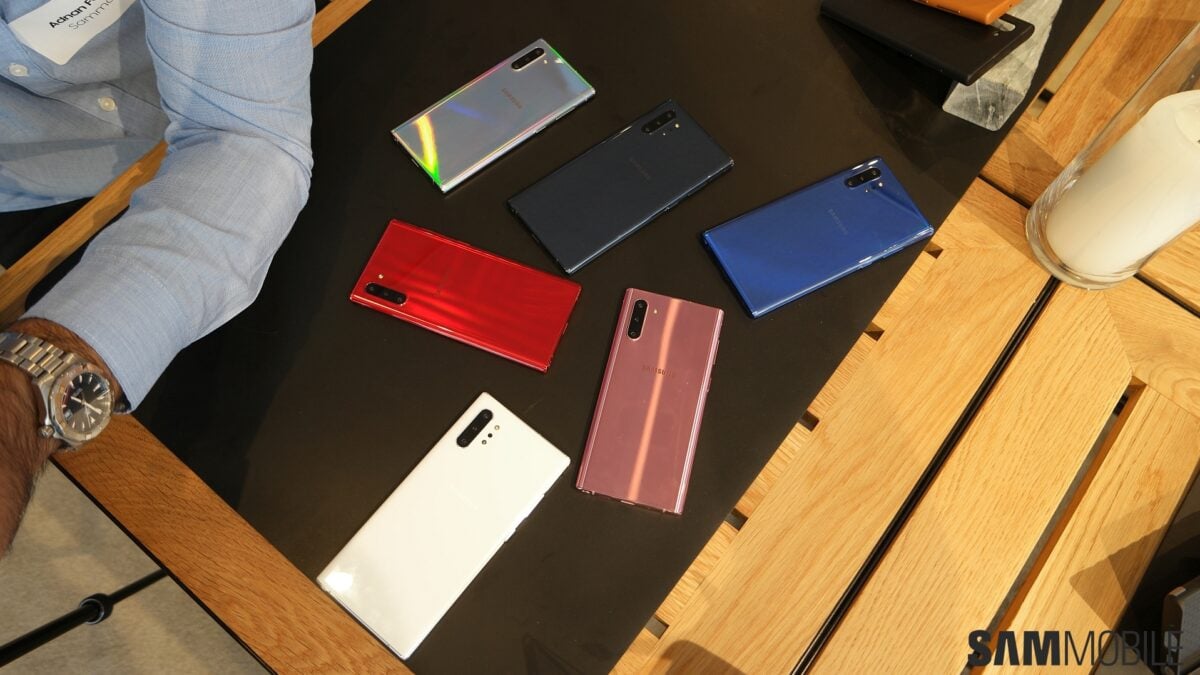 Samsung is the biggest smartphone vendor on the planet. Data from multiple industry trackers showed that the company shipped nearly 300 million units just last year. As you can probably imagine, a vast manufacturing network is required to pump out over a quarter of a billion devices every year.

The company has factories in several countries across the globe. However, it doesn’t really make a difference what country Samsung phones are made in. Samsung maintains a single quality standard across all of its factories.

Where are Samsung Galaxy phones made

You’d think China would be where most Samsung Galaxy phones are made. China is the global manufacturing hub after all. It’s also where Apple gets the bulk of its iPhones manufactured. Not to mention the fact that Chinese OEMs have come to dominate the smartphone market.

Samsung actually shut down its last remaining smartphone factory in China this year. As of 2019, the company is not making any phones in the People’s Republic. It previously had two factories in China but as Samsung’s market share fell below 1% in the country, it had to scale back production. It no longer makes financial sense for Samsung to manufacture phones in China. Which is why it has now stopped doing that.

Vietnam is actually where Samsung phones are made, most of them anyway. Samsung’s manufacturing facility is located in Vietnam’s Thai Nguyen province where two factories are churning out smartphones, tablets and wearable devices. The company is in the process of adding another factory to the facility to further increase its production in the country. The existing factories produce 120 million units per year. Most of Samsung’s global supply, including for markets like North America and Europe, comes from Vietnam. 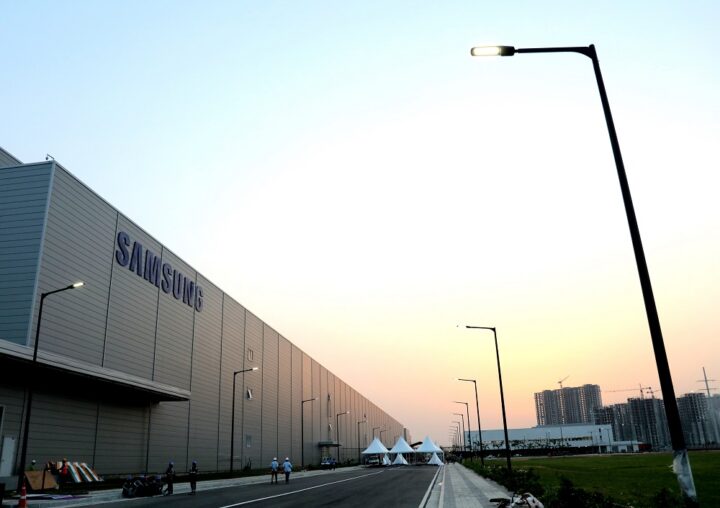 India not only has Samsung’s biggest mobile factory, but it’s also the largest mobile phone manufacturing unit in the world based on production capacity. Samsung had announced in 2017 that it would invest $620 million to double smartphone production in India. It inaugurated the factory in Noida, Uttar Pradesh, India in 2018. The production capacity of this factory is now at 120 million units per year.

Much of the supply is meant for the Indian market. It is one of the most lucrative smartphone markets for Samsung. Given the import taxes in the country, Samsung needs local production in order to effectively compete against its rivals on price. The company has been manufacturing its Galaxy M and Galaxy A series handsets here as well. However, Samsung may also export Indian-manufactured smartphones to markets in Europe, Africa and West Asia. 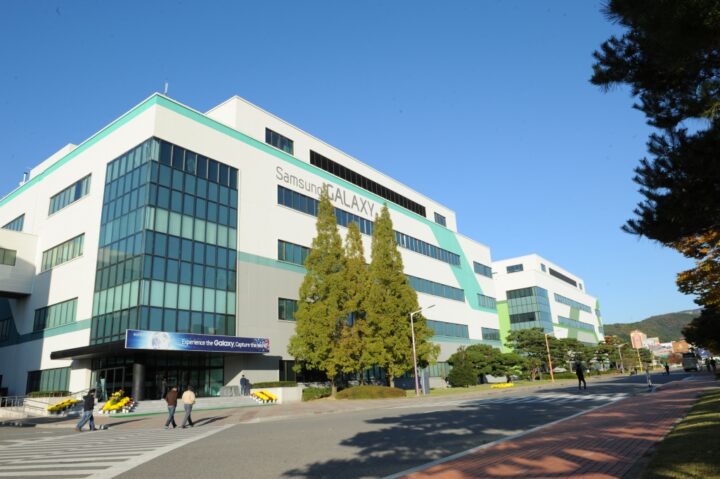 Samsung does operate manufacturing facilities in its home country of South Korea. That’s also where most of the components that it sources from its sister companies are made. However, its smartphone production factory in South Korea accounts for less than 10 percent of global shipments. The units manufactured here are primarily meant for the company’s local market.

Samsung operates a manufacturing facility in Brazil as well. It was set up back in 1999. More than 6,000 workers are employed at the factory from where Samsung supplies its smartphones to all of Latin America. With Brazil having high import taxes as well, local production also allows Samsung to offer its products in the country at a competitive price. 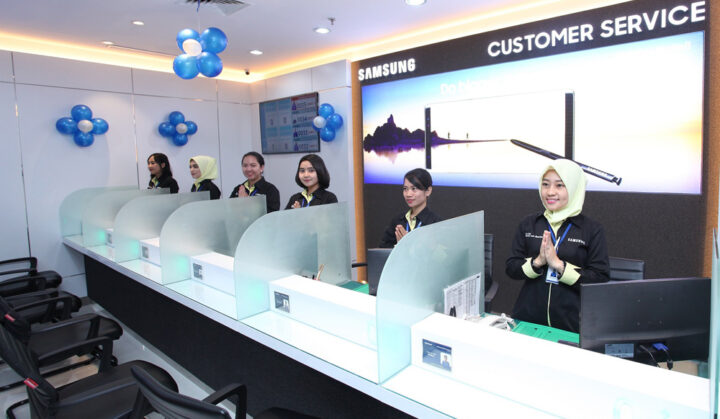 Indonesia is also a country where Samsung phones are made. It was a fairly recent decision by the company to start making phones in this country. The factory was opened in 2015 and has a production capacity of around 800,000 units per year. That’s sufficient enough for Samsung to cater to local demand.

How Samsung’s manufacturing priorities are changing

The smartphone market has significantly changed over the past decade. Chinese smartphone manufacturers have become highly competitive in all segments of the market. Samsung has had to adapt as it comes under increasing pressure.

This has led to a shift in the company’s manufacturing priorities. Samsung released its first ODM smartphone, the Galaxy A6s, in 2019. That device was manufactured by a third-party for the Chinese market. The ODM solution allows Samsung to improve its margins on affordable devices. It’s now expected to ship 60 million ODM smartphones in the near future to markets across the globe.

A larger shift to the ODM model would mean that Samsung won’t be utilizing all of the available production capacity that it has at its own factories. That’s unless shipments increase for the smartphone market overall and it’s able to increase its market share.

Where are original Samsung phones made?

There are some misconceptions about “original” Samsung phones based on the country of production. The abundance of misinformation online doesn’t help. To put it simply, all Samsung phones made at the company’s own factories or its ODM partners are “original.” It doesn’t matter if the factory is in South Korea or Brazil. A smartphone made at the factory in Vietnam isn’t inherently better than the one made in Indonesia.

That’s because these factories are only really assembling the devices. They all get the same components and follow the same manufacturing and quality processes. You don’t have to worry whether your Samsung phone is original or not based on where it was made. Unless it’s an obvious fake that says “Samsang” or something at the back. That’s another problem altogether.