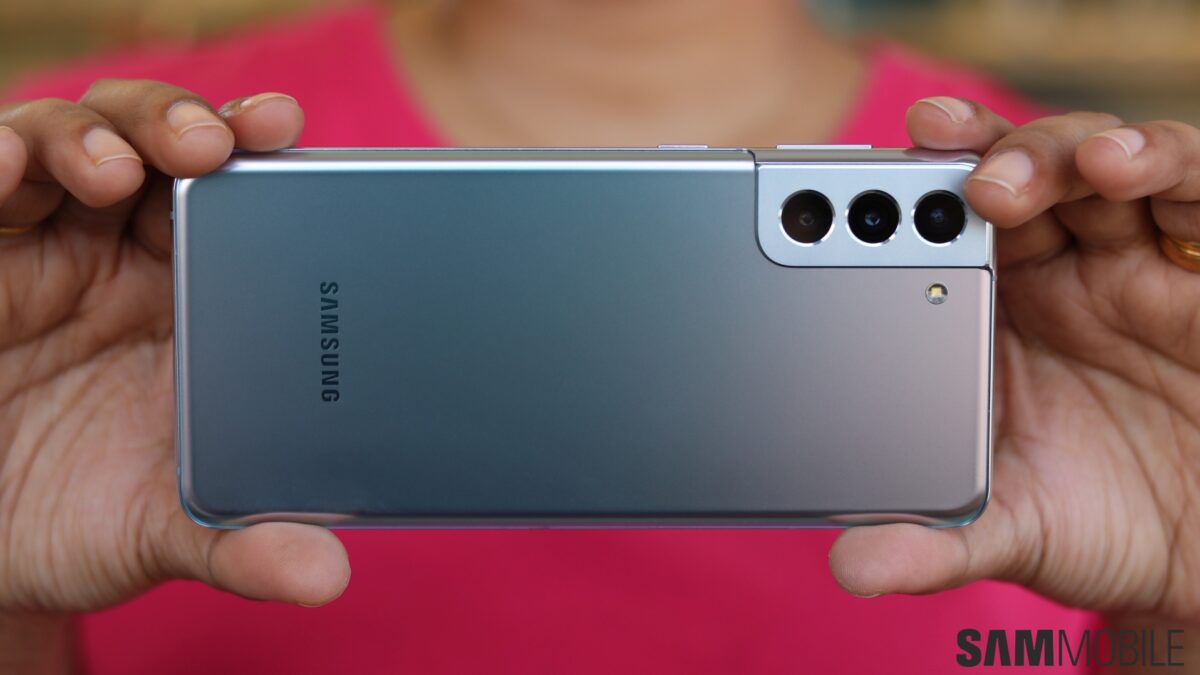 The ‘Plus’ variants of Samsung’s recent Galaxy S flagships have to strike a balance. They have to differentiate themselves from both the base and the Ultra variants. Otherwise, they risk being neither here nor there, something that wouldn’t really bode well for their sales prospects.

These aren’t cheap phones, mind you, so any compromises made in the interest of differentiation must not lower the value proposition. Samsung has done a good job of positioning the Plus variants so far. In this Galaxy S21+ review, we’ll find out whether that’s the case for the 2021 model as well.

Note: This review is based on the Exynos 2100 variant. 5G networks were not used during the review period. 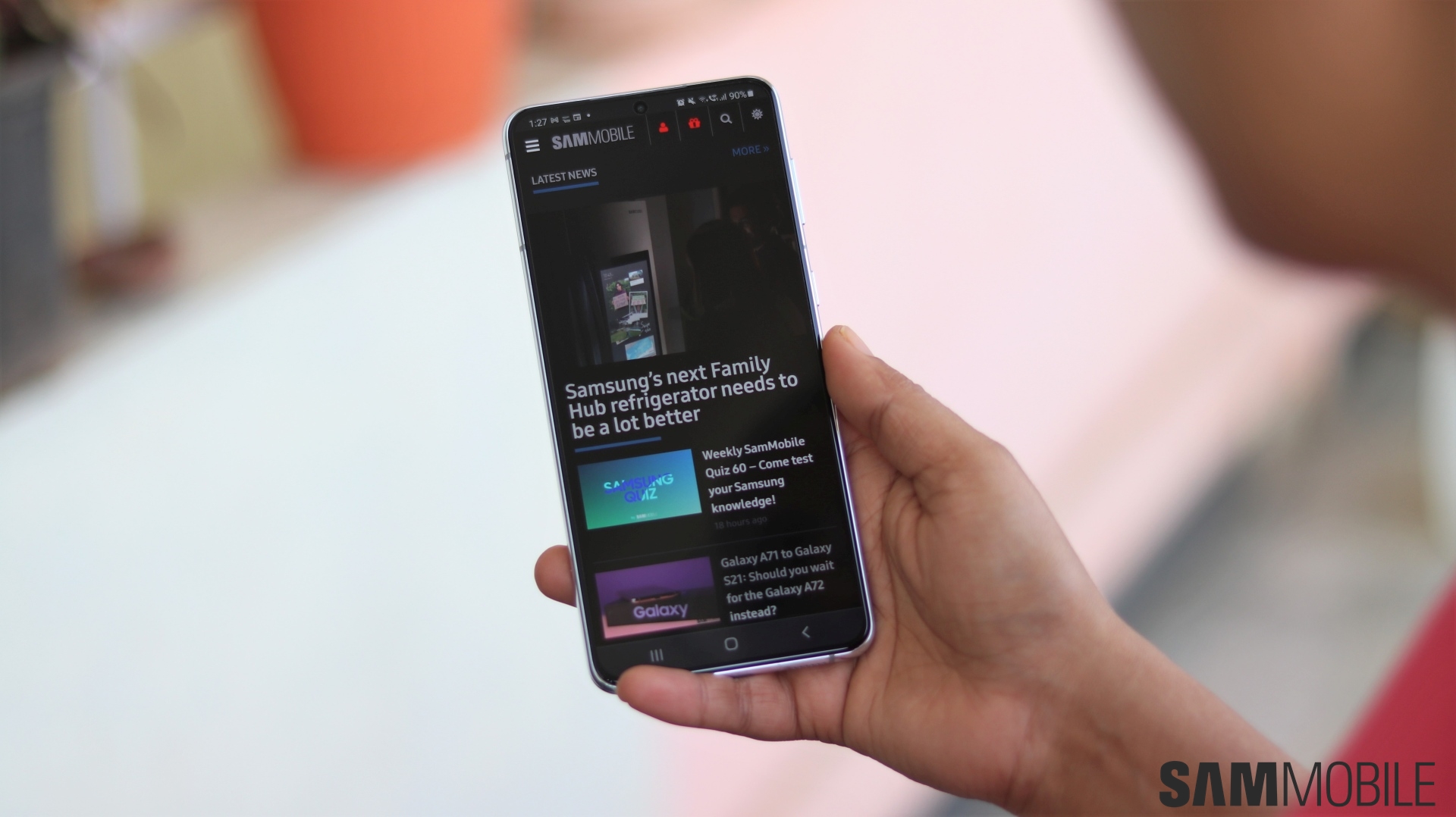 It’s a given that flagship phones aren’t really going to be one-handed devices. That’s because they need to have big and tall displays with plenty of space on the inside for the powerful internals. This is the story of the Galaxy S21+, too. It feels almost as big as the Galaxy S21 Ultra so one-handed use is going to be a bit of a stretch.

While the glass back was sacrificed for the Galaxy S21’s lower price tag, the Galaxy S21+ retains it. There’s Gorilla Glass Victus on the back for increased durability. Combine that with the metal frame and you’ve got a pretty standard Samsung flagship feel. That is to say, it feels every bit the premium device you’d expect it too.

I particularly like the matte finish on the back. It does a great job of hiding the fingerprints and scratches. The new colors also work well with the finish. Phantom Silver is my personal favorite as it looks simply fantastic. 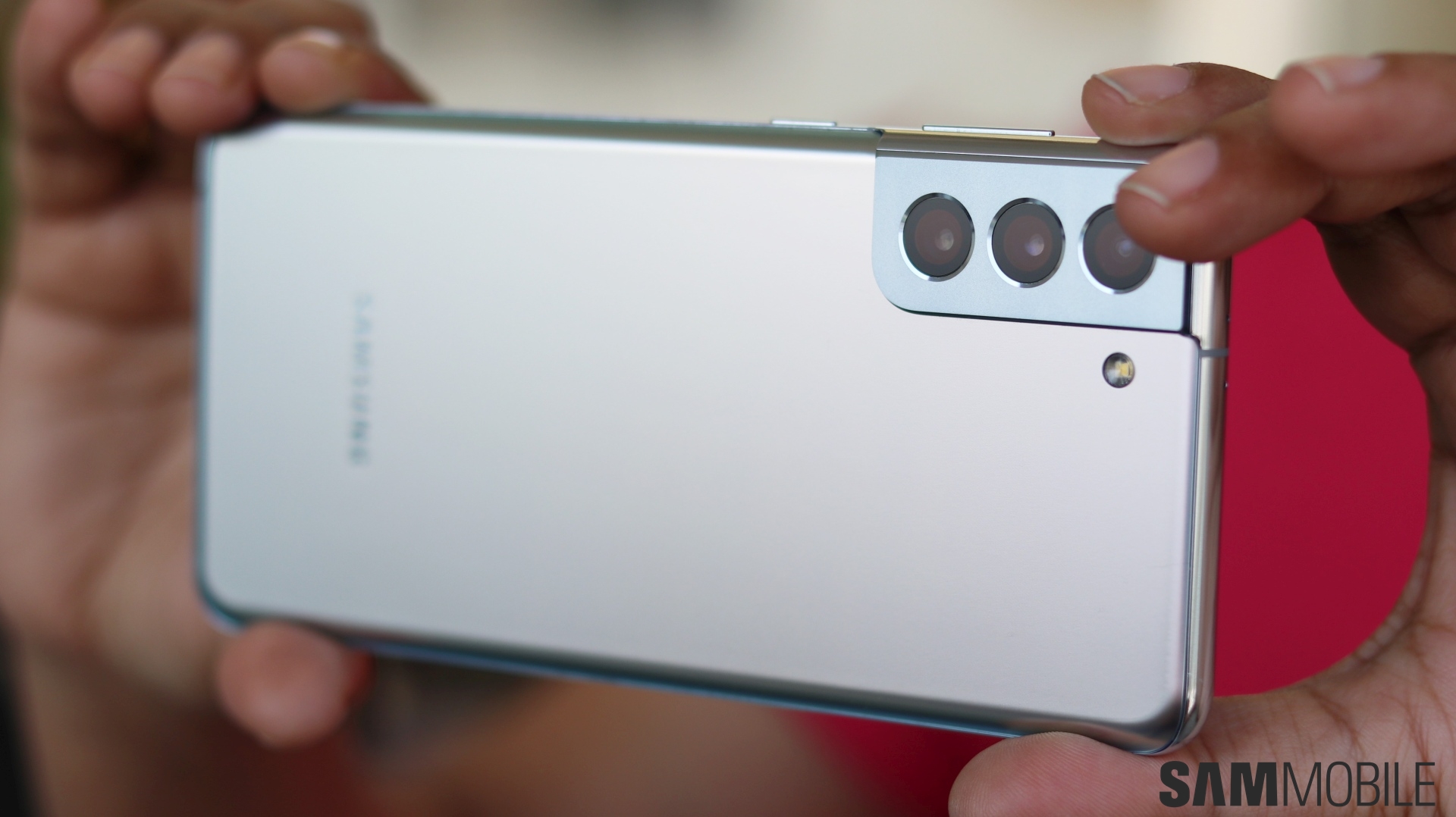 Despite its size, the phone feels pretty light in the hand. You also get a more comfortable and secure grip thanks to its flat display. Even though the panel is flat, the bezels are quite thin which is a good thing. The risk of accidental touches is reduced by the flat panel.

“Contour Cut” is the signature design element for this year’s flagship lineup. That’s what Samsung calls the effortless merging of the camera housing with the handset’s frame. The housing itself is made out of metal which only elevates the look even further.

It’s another solid effort by Samsung in the design department. The Galaxy S21+ looks and feels good, it’s very well made and offered in a variety of stunning colors. What more could you ask for? 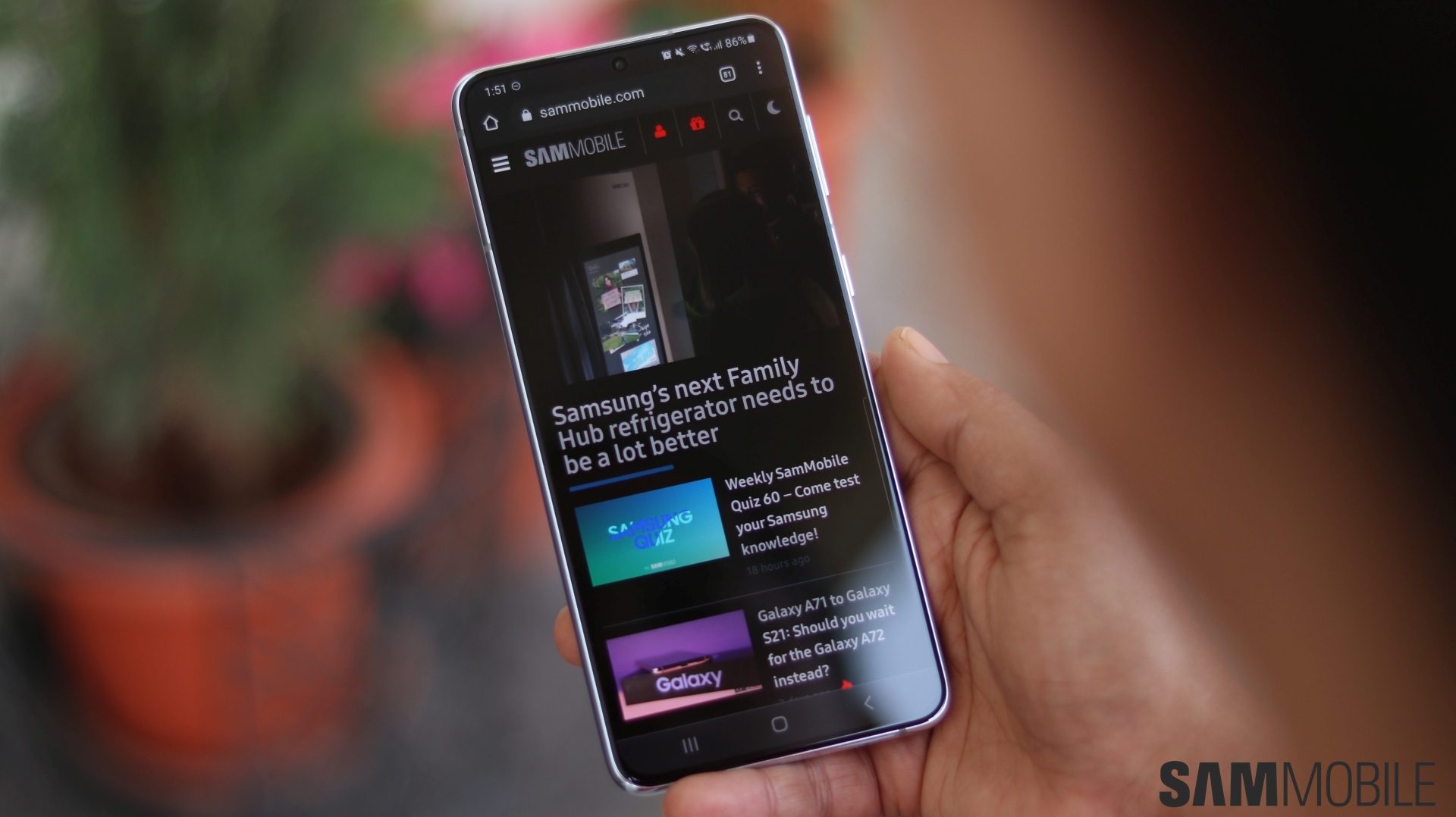 The phone is capable of intelligently adjusting the refresh rate depending on what you’re looking at. This helps improve battery consumption. Displays with higher refresh rates are just a joy to use and you’re never going to get enough of it on the Galaxy S21+.

Samsung makes some of the best OLED displays on the market so it’s no surprise that this handset’s panel is exceptional. It gets nice and bright while being exceptionally sharp with vivid colors. The viewing angles are excellent, too.

I didn’t experience the hiccups with the touchscreen that we pointed out in our Galaxy S21 review. Perhaps everything is a bit more optimized on this device. There were no jitters when scrolling through apps nor did it feel like the scrolling action was leaving a trail behind.

The Galaxy S21+ also gets an upgraded in-display fingerprint sensor. It actually felt faster here than it did on the Galaxy S21 Ultra for some reason. The entire Galaxy S21 lineup uses the same sensor, though, so perhaps it’s another optimization story. I rarely had to put up with any recognition failures which was much appreciated. 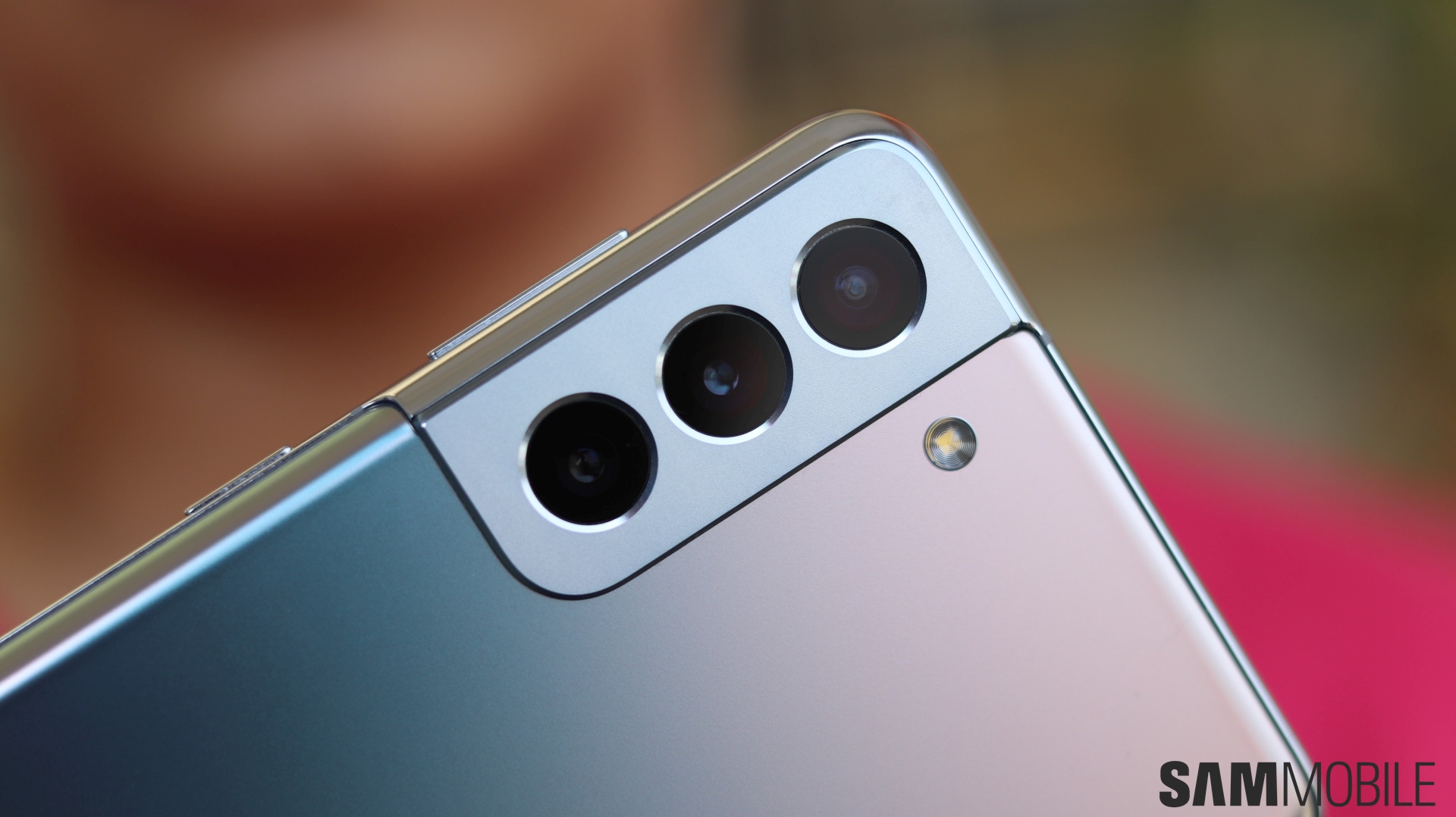 The gist of it is that the Galaxy S21+ is able to take bright and sharp photos in daylight. Performance in low-light or during nighttime is good enough but you’ll feel that there’s still room for improvement. The selfie camera tends to perform well in both indoor and outdoor scenarios.

In addition to 3x optical zoom, the Galaxy S21+ also supports up to 30x “Space Zoom.” This is achieved by way of a digital crop of a 64MP image. The zoom quality is satisfactory up until 10x, going beyond that results in shots that will be overly soft. The new Zoom Lock feature is a good addition, though, as it reduces blur at high zoom levels.

The Galaxy S21+ does have some new tricks up its sleeve. It can capture 8K video, allows you to switch between all rear and the front cameras in Director’s View, as well as take advantage of new studio-quality effects in Portrait mode.

If you’d like to read about the camera setup’s performance in more detail, check out our Galaxy S21 review. 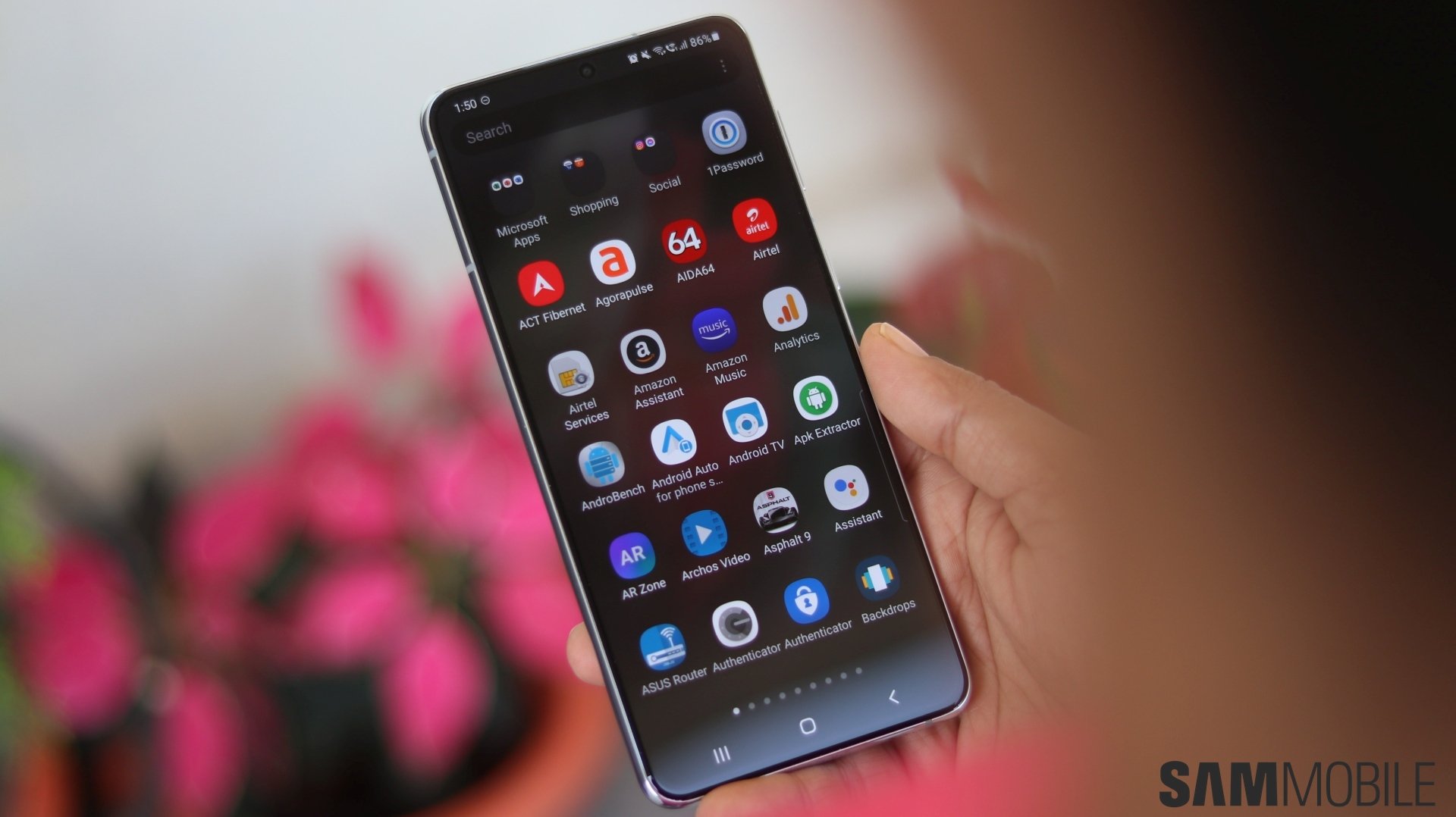 Like the entire lineup, the Galaxy S21+ also gets Samsung’s new Exynos 2100 chipset. Customers in select markets will get it with the Qualcomm Snapdragon 888. The new chipset makes a noticeable improvement in performance compared to the predecessor. Your Galaxy S21+ will always feel super fast even though it has 8GB of RAM.

Apps launch in the blink of an eye, high-intensity gaming is fluid, the adaptive refresh rate never lags. The Galaxy S21+ is more than capable of handling whatever you throw at it. The handset also appears to keep temperatures in check, it never felt that the device was getting unbearably hot when the chipset was heavily strained.

Like the Galaxy S21 Ultra, the Galaxy S21+ gets support for UWB or ultra-wideband. There’s one thing that most customers will dislike. They’ll not be happy with Samsung’s decision to remove the microSD card slot. You can either be content with the internal storage or opt for cloud storage. There is no other way to expand storage. 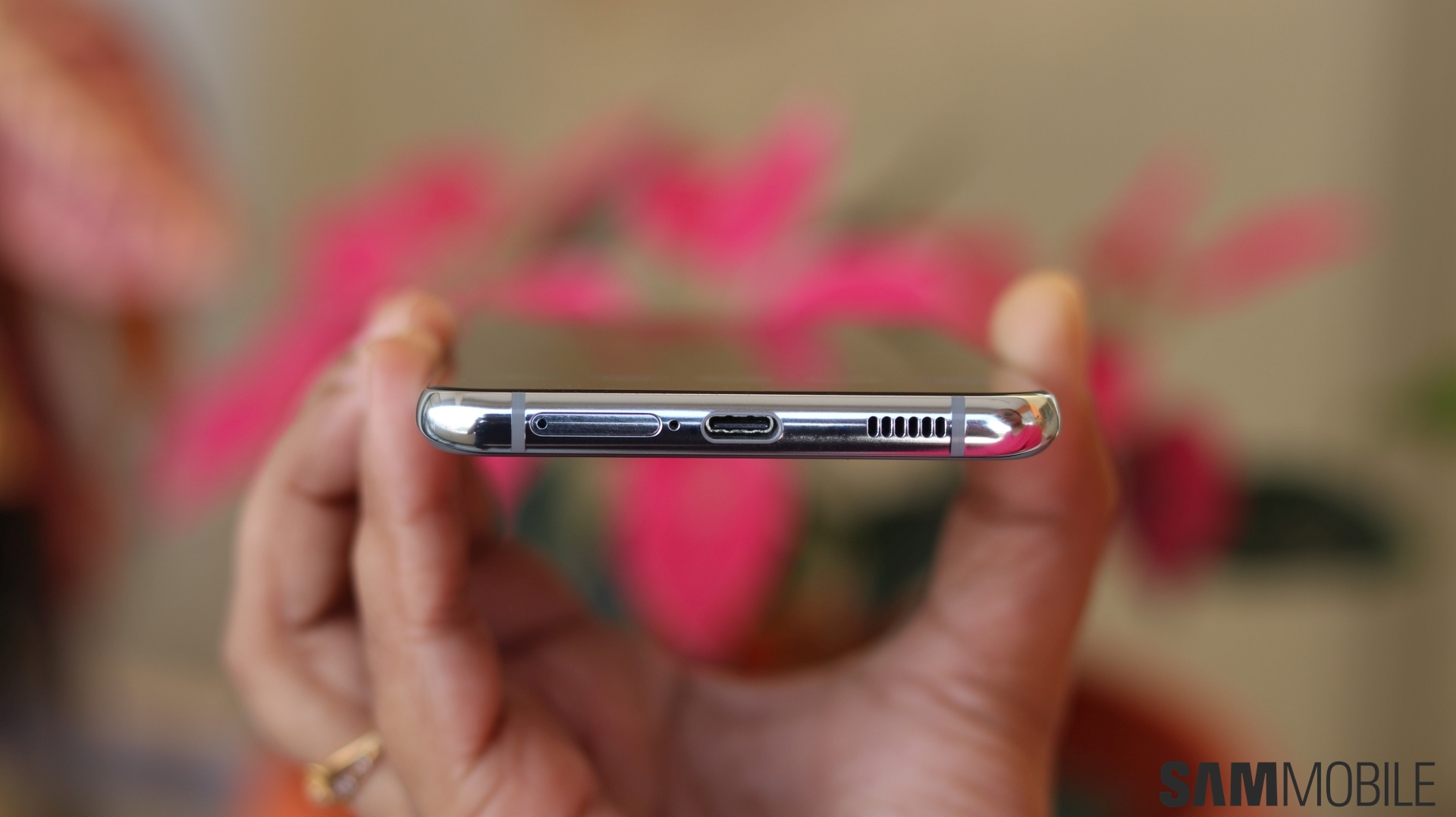 One UI 3.1 only brings a handful of new features with most of them being limited to the camera app. The base OS version is Android 11. Some of the new features that Samsung has introduced include the ability to blur the background in video calls made using third-party apps, a blockchain-based sharing app called Private Share, the option to configure Google Discover on the home screen and the ability to remove location data from your photos before you share them.

Samsung made a commitment last year that it would provide select devices with three years of major OS upgrades. The Galaxy S21+ is among the Samsung devices that will receive three Android OS updates.

The software experience is the same across the entire lineup. You can learn about it in more detail by checking out our Galaxy S21 Ultra review. It also provides details about the audio quality which is standard across all three Galaxy S21 models. 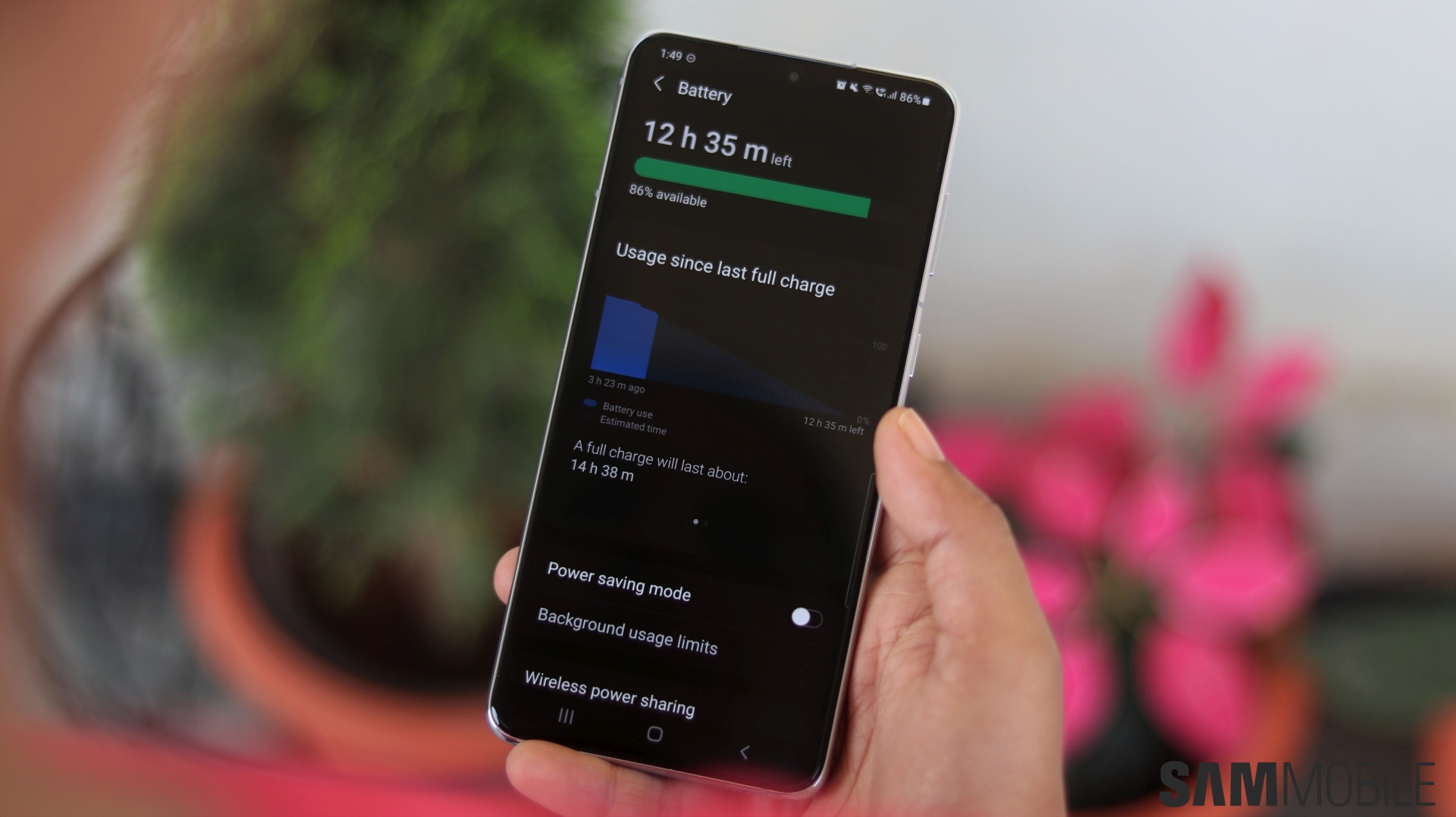 The Galaxy S21+ got an upgrade in this department. It has a slightly larger 4,800mAh battery compared to the 4,500mAh battery of the Galaxy S20+. I was very pleasantly surprised by the screen on time of over 6 hours and 12-13 hours on a single charge with moderate use on most days. The Exynos 2100 is more power efficient which is reflected by the ridiculously low idle drain. This was with mobile data enabled for several hours throughout the day. We weren’t able to test 5G’s impact on the battery life but you can expect it to shave off a couple of hours, at least.

However, it feels that the Galaxy S21+ could use more optimization to squeeze more out of the battery. Despite being only slightly smaller than the Galaxy S21 Ultra’s 5,000mAh battery, the Galaxy S21+ wasn’t able to last me well into the next day, unlike the top-of-the-line model. The more efficient display of the Ultra may also be a factor here.

The entire series supports 25W fast charging only and Samsung doesn’t provide a charger in the box. A complete charge with the 25W brick will take around 75 minutes. The handset supports both fast wireless charging and Wireless PowerShare (reverse wireless charging). Both work as advertised. 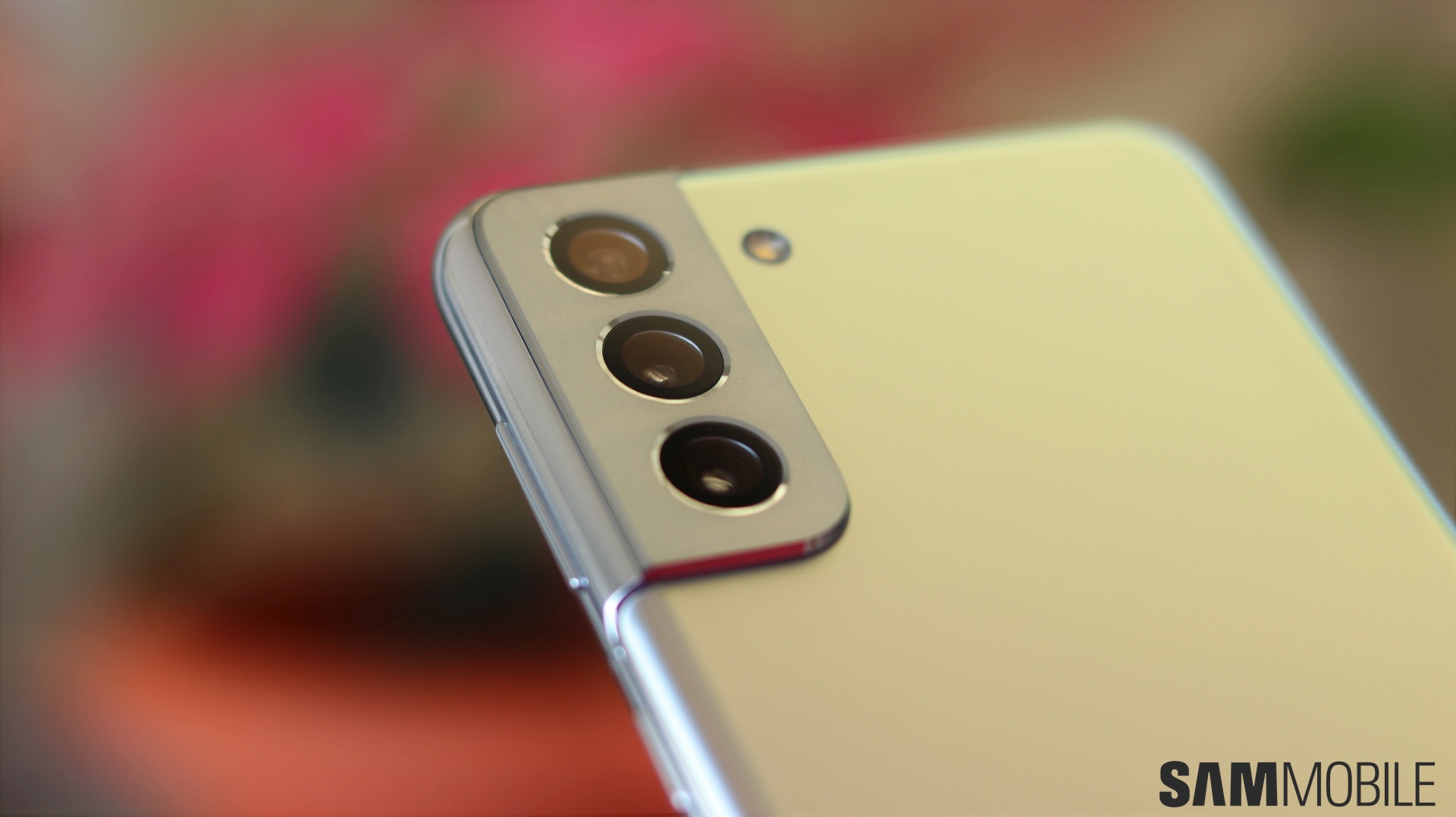 You’re reading this because you have $999 burning a hole in your pocket and you want to see if it’s worth spending that money on the Galaxy S21+. The simple answer is yes, the Galaxy S21+ is definitely worth the asking price.

If you’re looking for the closest possible match from last year’s lineup, then you can probably pick up the Galaxy S20+ at a discount these days. Even the Galaxy S20 FE will be suitable because of its sufficiently large screen, comparable battery life, and similar camera performance.

I understand that the Galaxy S21+ is tantalizingly close to the Galaxy S21 Ultra, which costs only $199 more. If you can spend that extra bit of cash then the Ultra is a no-brainer. It has an even larger display (which is also curved), has much more powerful cameras, a bigger battery etc.

If $999 is what you’re willing to part with, then the Galaxy S21+ is going to feel like money well spent.