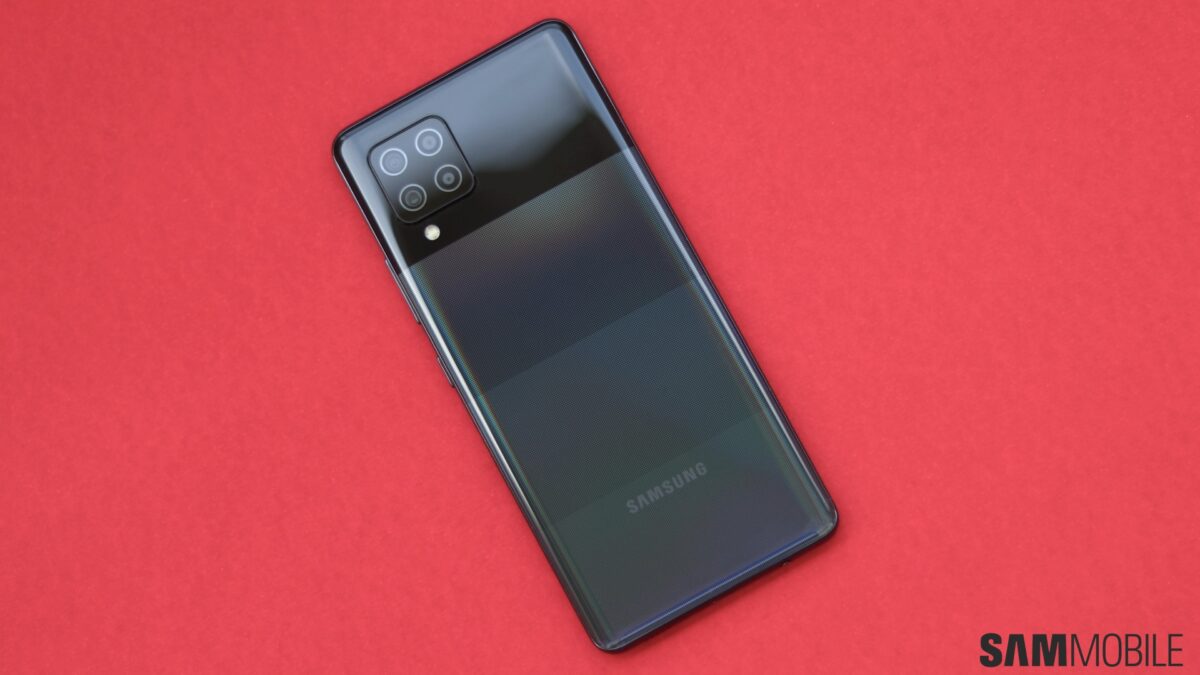 5G networks aren’t in abundance right now except in a few select countries, but that hasn’t stopped Samsung from launching a ton of 5G-enabled phones across all price segments already. The Galaxy M42 5G is the cheapest 5G phone from the Korean giant available in India right now, but since it’s a rebadged Galaxy A42 5G, which launched in late 2020, it comes off as a tad outdated in many areas of the spec sheet.

In fact, some of its specs are downright cringe-inducing, like the HD+ display and the outdated 15W fast charging speed. It doesn’t even have a gigantic battery as we have come to expect from Samsung’s M series phones. And since 5G networks aren’t available in India at the moment and aren’t expected to be for at least another year, the only truly interesting thing about the Galaxy M42 5G is that it is powered by the Snapdragon 750G, one of the best mid-range processors found in smartphones today.

But is that enough to make this a recommendable phone? You’ve come to the right place to find the answer, so let’s get started.

Note: The Galaxy M42 5G and the Galaxy A52 5G are essentially the same phone, so you can count this as a review for both devices. A 5G network was not used during the review. 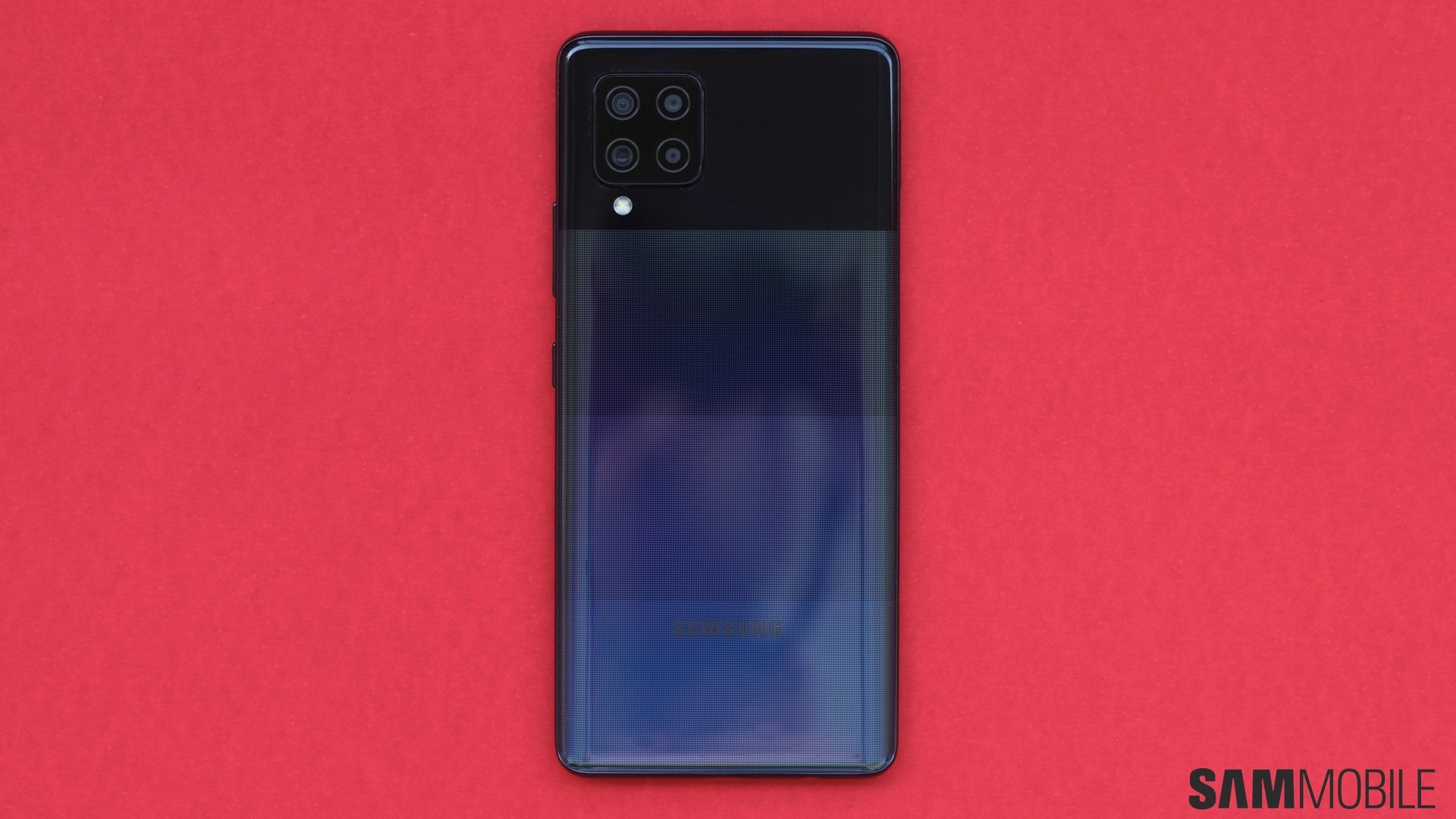 The design is one of the few things about the Galaxy M42 that stands out. It’s a plastic build, as you would expect, but it looks neat and classy thanks to the way the gradient pattern is divided into four sections, with each having a lighter shade as you move down. I’m not sure how the other colors look, but our black review unit is beautiful.

The phone is also delightfully sleek, although the flip side is that you aren’t getting a lot of amazing specs here, as mentioned in the introduction. The finishing is slippery as well. At the front resides a 6.6-inch Infinity-U display that looks quite old now, with bezels larger than you would like to see in 2021.

The display itself isn’t too good, either. Well, it’s colorful, with deep blacks, wide viewing angles, and excellent brightness levels even under harsh sunlight, as you expect from Samsung’s AMOLED panels. But the HD+ resolution leaves a lot to be desired. Individual pixels are easy to spot, and videos in YouTube or Netflix don’t look very sharp, especially when you zoom in to make them fit the screen. 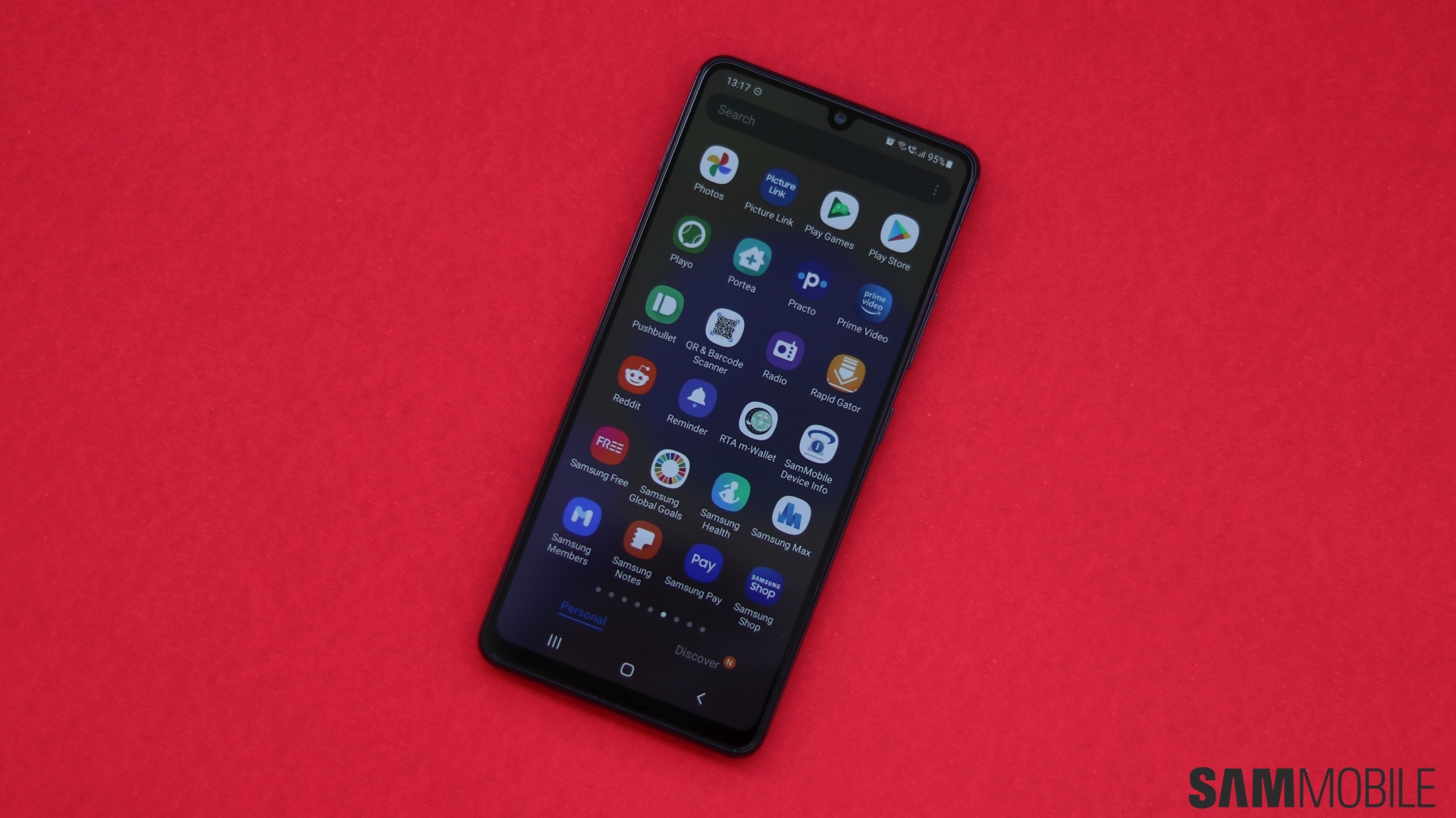 Perhaps the worst offender is the lack of a high refresh rate panel. Yes, the Galaxy M42 5G is basically a Galaxy A42 5G that launched last year, when Samsung had high refresh rate displays only on flagship devices, but that doesn’t change the fact that this is an outdated screen. And it’s not a one-off case for Samsung’s cheap 5G offerings: The Galaxy A32 features a 90Hz Full HD+ display while its 5G cousin has a 60Hz HD+ panel.

There’s an optical in-display fingerprint sensor on the Galaxy M42 5G, a first for any M series phone. It works well most of the time. It’s not as quick or accurate as the optical fingerprint readers on phones like the Galaxy A32, Galaxy A52, and Galaxy A72, but it’s not as bad as the optical sensors Samsung was using for mid-range phones two years back. 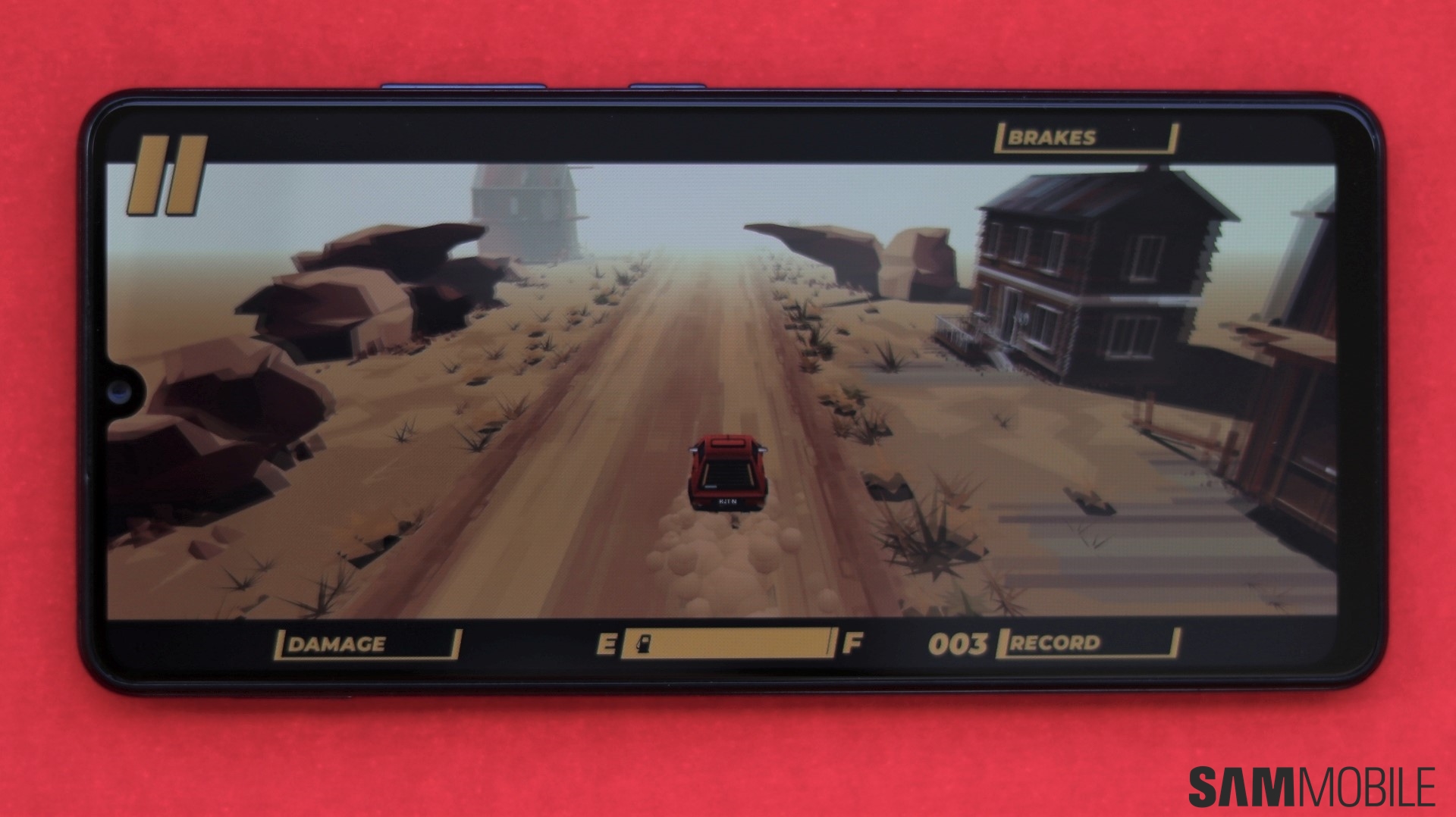 I’m bumping up the performance section for this review because it’s perhaps the best thing about the Galaxy M42 5G. The Snapdragon 750G is a pretty powerful mid-range chipset, and when you combine it with the HD+ screen resolution, you get a speedy phone. The UI isn’t as smooth as it tends to be on flagship Galaxy phones with 60Hz displays, a trend I’ve noticed across all of the company’s mid-range and budget phones irrespective of how powerful they may be, but you won’t find any major lags or slowdowns most of the time.

Gaming performance is also excellent. The Adreno 619 GPU inside the 750G handles all kinds of titles with ease, from graphically-intensive ones like Call of Duty and PUBG to simpler titles like, well, whatever is the latest rage among simple games that don’t feature a lot of high-end effects but can still take up all of your free time. Again, the low-resolution screen helps, and thankfully, individual pixels don’t pop out as much in games as they do elsewhere.

You get plenty of memory on the Galaxy M42 5G, with 6GB or 8GB of RAM and 128GB of storage that can be expanded with a microSD card. Sadly, Samsung has equipped this phone with a hybrid SIM slot, so you can either use two SIM cards or a microSD card. And no, despite having 5G, there’s no eSIM on this phone, so the physical slot is all you have. 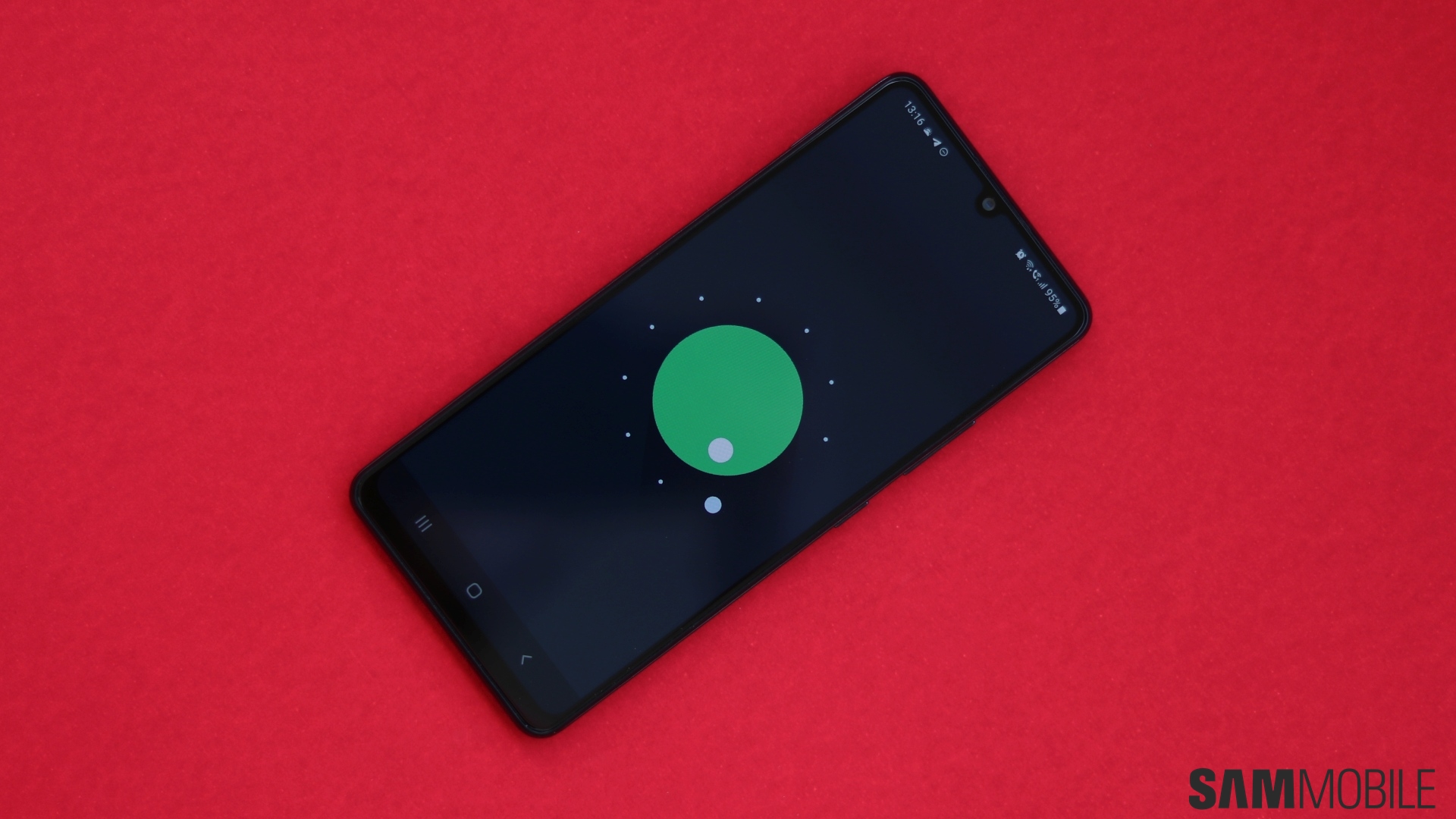 The Galaxy M42 5G is the first Galaxy M series phone ever to feature the standard version of Samsung’s One UI software instead of One UI Core. That means you have access to features like Secure Folder and Samsung Pay. You also have some One UI 3.1 (based on Android 11) features like Google Discover on the home screen. But don’t get too excited. Samsung has still stripped many features away.

For example, you don’t get Bixby Routines or a built-in screen recorder. One UI 3.1’s video call effects aren’t included either. But even having access to Samsung Pay and Secure Folder will make a lot of fans happy, as these features have been kept off the Galaxy M series until now because of the lack of proper KNOX certification on One UI Core.

It’s unclear if the Galaxy M42 5G qualifies for Samsung’s promise of three generations of OS updates. The frequency of security updates is also a mystery, as the phone isn’t listed on the website where Samsung details its security releases. We’ve reached out to Samsung for a comment on this and will update the review once we hear back. 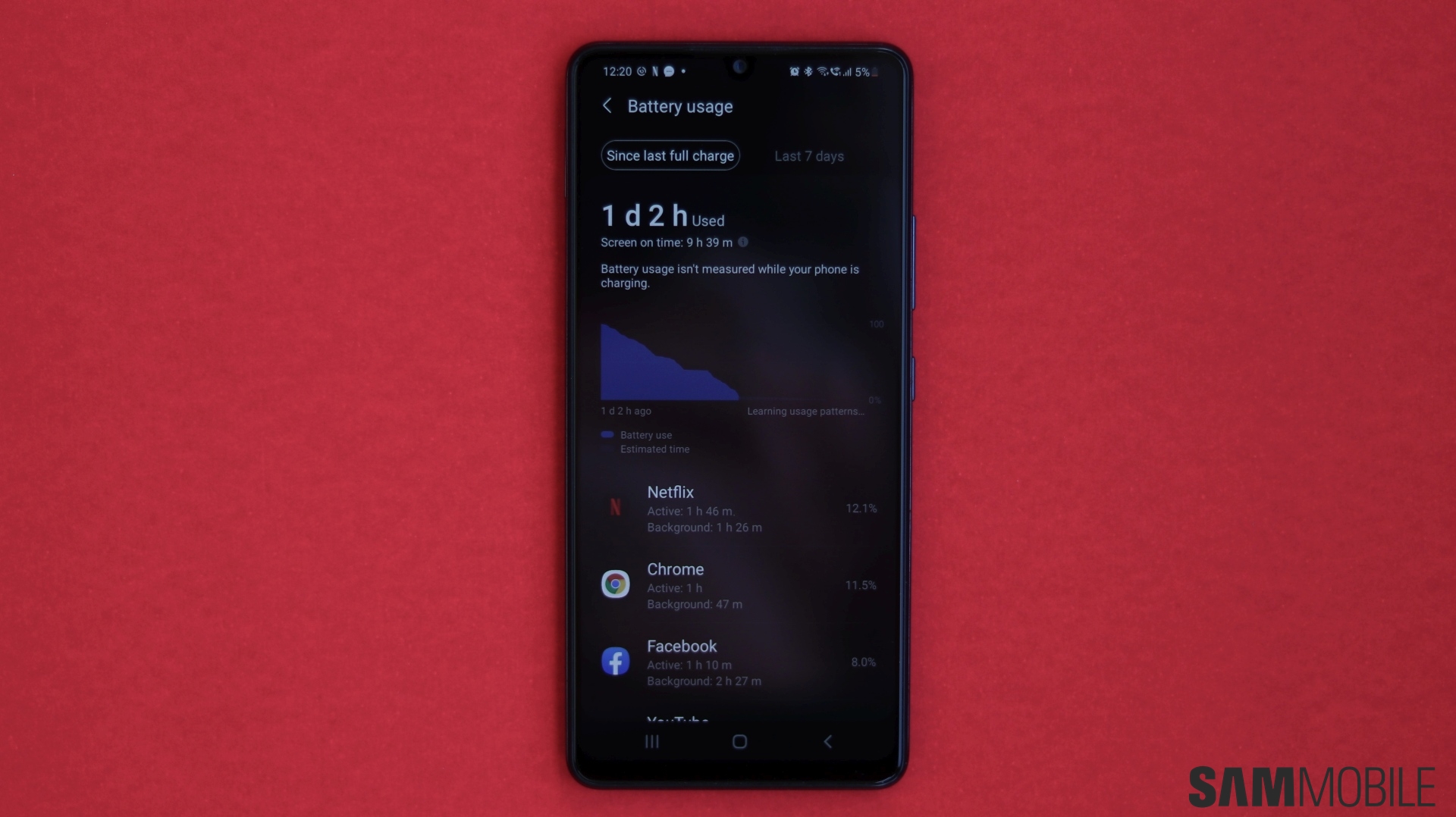 I was worried the Galaxy M42 5G won’t last as long as devices like the Galaxy M51, as it has a 5,000 mAh battery while most other M series phones have at least 6,000 mAh cells. But I was pleasantly surprised. With light to moderate use, a single charge lasted me a day and a half more often than not, and I always got a full day even with heavy use (reminder: this is battery life with LTE networks).

Charging speeds aren’t great. The 15W charger takes two hours to take the battery from 0 to 100, which can feel really long when you’re looking to quickly top up the battery. A half-hour charge barely takes it up to around 25%. Even that can last you quite a few hours, but 25W charging would still have been nice to see. 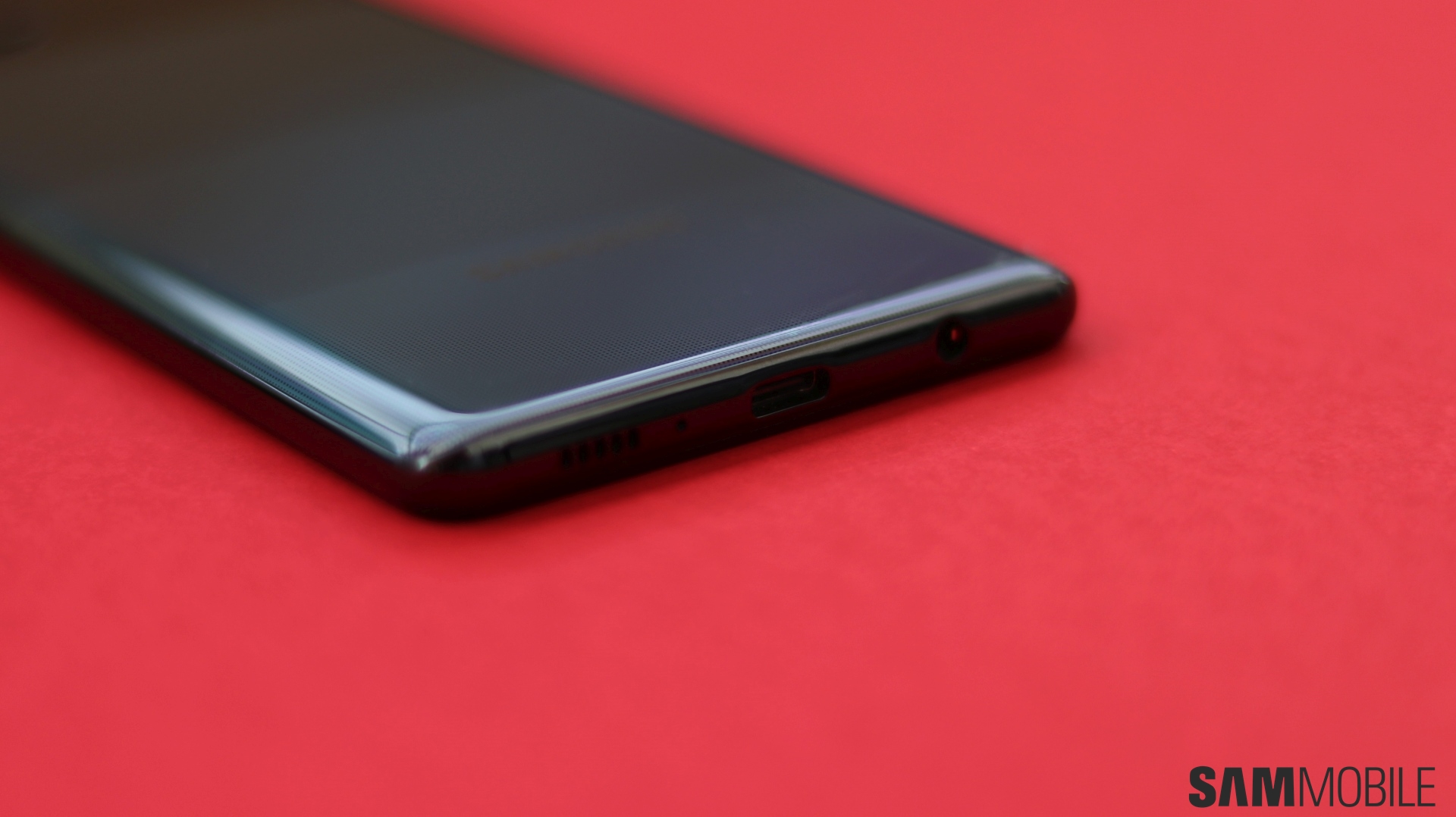 I will not be going into detail about the Galaxy M42 5G’s cameras or audio quality as I felt they are exactly the same as what you get on the Galaxy M12, despite the difference in pricing of the two phones. The 48MP main camera takes fairly detailed pictures in daylight, but they aren’t as sharp as you would expect from a 48MP sensor. Nighttime photo quality is serviceable and can be improved with the help of the dedicated Night mode.

Speaking of modes, you do get a lot more of these on the M42 5G as it runs One UI instead of One UI Core, including a proper Pro mode that lets you customize the shutter speed. Video recording maxes out at 30 frames per second on both Full HD and 4K resolution. For more details on the camera and audio quality, check out our Galaxy M12 review. 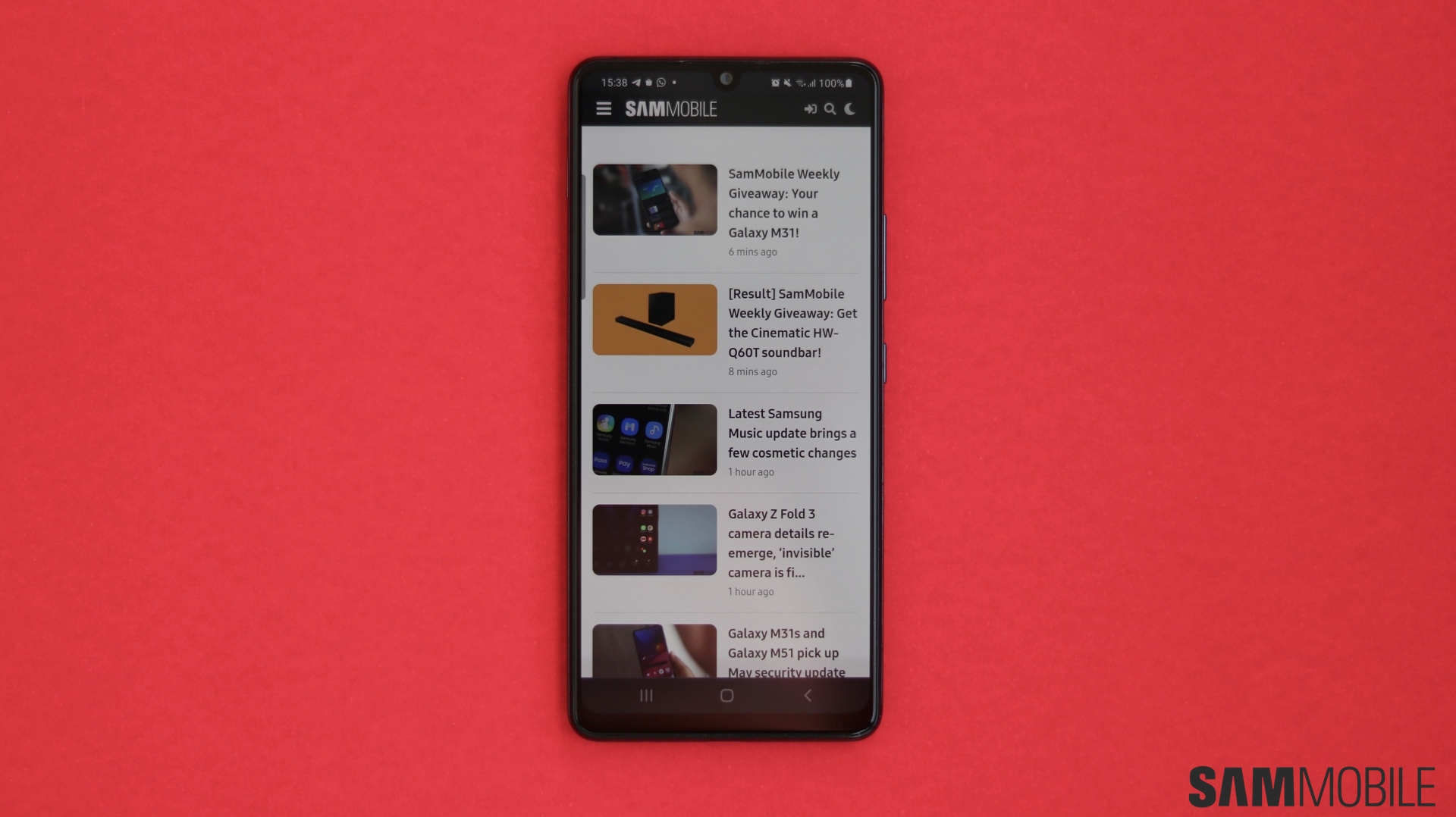 So, should you buy the Galaxy M42 5G? Only if you’re looking for an affordable phone with excellent gaming performance and support for 5G networks. For everything else, there are better alternatives on the market, such as the Galaxy A32. It doesn’t have 5G or great gaming performance but gets you a better display (with a 90Hz refresh rate) and main camera and similar battery life and software features.

There’s also the Galaxy M51. It’s priced similarly and offers you a sharper display, similar performance, even better battery life and faster charging, and improved cameras (read our review here). Go just a little higher with your budget and you can opt for the Galaxy F62, which has a flagship-grade processor and more feature-packed software to offer, along with crazy good battery life.

P.S.: Want to know something about the Samsung Galaxy M42 5G that’s not mentioned in the review? Ask me in the comments section and I’ll do my best to answer.