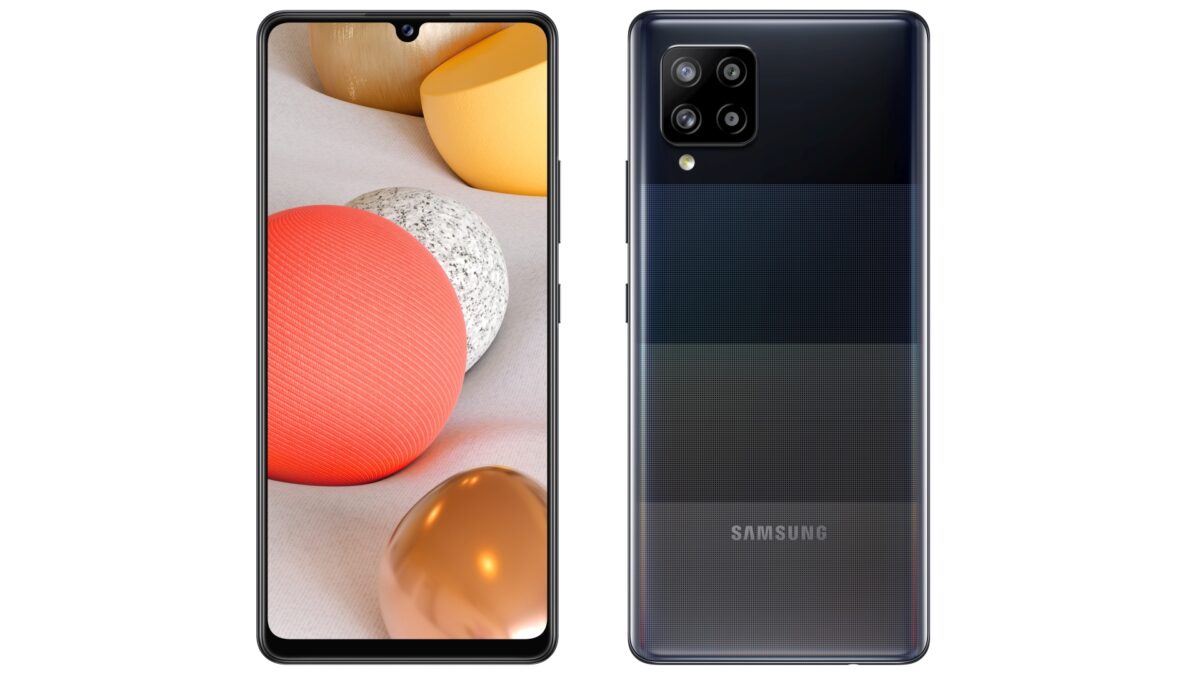 We have known for a few months that Samsung will soon launch a new affordable 5G smartphone. Subsequent reports revealed that the device would be called the Galaxy A42 5G. Samsung already unveiled the device last month but it didn’t provide all details about the device’s specs.

Samsung has now put out a new infographic that reveals everything there is to know about the Galaxy A42 5G specs. The company has previously confirmed that the Galaxy A42 5G is going to be released in select markets across the globe in November.

The Galaxy A42 5G is equipped with a 6.6-inch HD+ Super AMOLED Infinity-U display in a plastic chassis that measures 164.4 x 75.9 x 8.6mm and weighs 190g respectively. An octa-core processor, likely the Snapdragon 750G, is under the hood and paired with 4/6/8GB RAM options and 128GB of internal storage. It’s possible to opt for microSD expansion to increase external storage up to 1TB.

This 5G-enabled phone features a 48-megapixel primary camera alongside an 8-megapixel ultra-wide, 5-megapixel depth and 5-megapixel macro camera. There’s also a 20-megapixel selfie shooter up front. A 5,000mAh battery keeps the lights on and supports 15W fast charging. Samsung is going to make the Galaxy A42 5G available in Prism Dot Black, White and Gray colors.

A precise release date has not yet been provided. However, Samsung Germany did confirm last month that the Galaxy A42 5G will be available in November with prices starting at 359 euro. 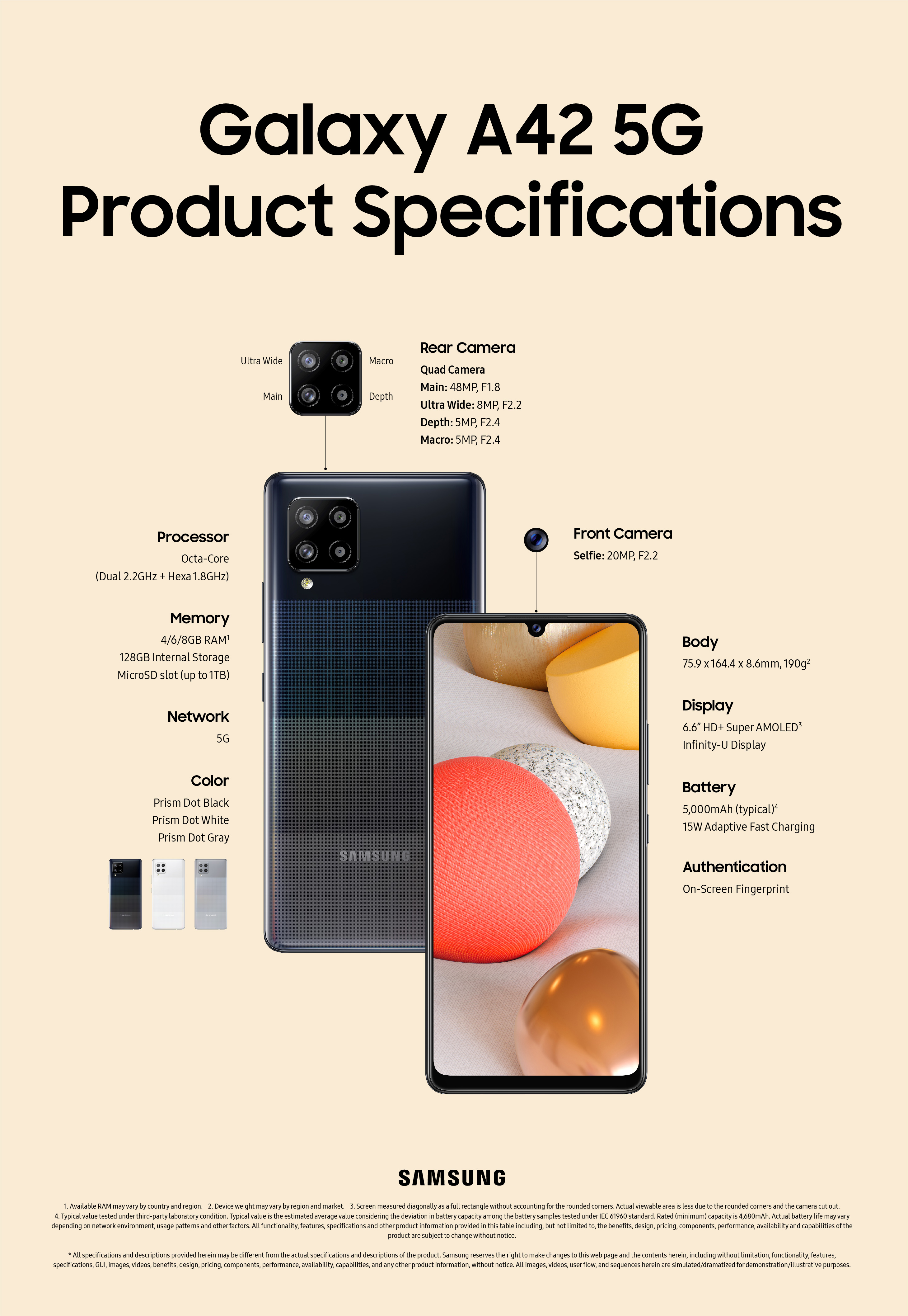