While the tech world has been looking for the best smartwatch in recent years, fitness bands seem to appeal a lot more to the masses. Brands such as Fitbit and the like have proven that there is a substantial market for fitness bands, and Samsung is also playing in this segment. With the Galaxy Watch Active, Samsung has already put a beautiful fitness-focused smartwatch on the market, but a smartwatch is not a fitness band, which is why we also have the Galaxy Fit and Galaxy Fit e as part of Samsung’s 2019 lineup of wearable devices.

We were able to test the Galaxy Fit e for a couple of weeks, and this review will tell you if it’s a fitness band worth purchasing. 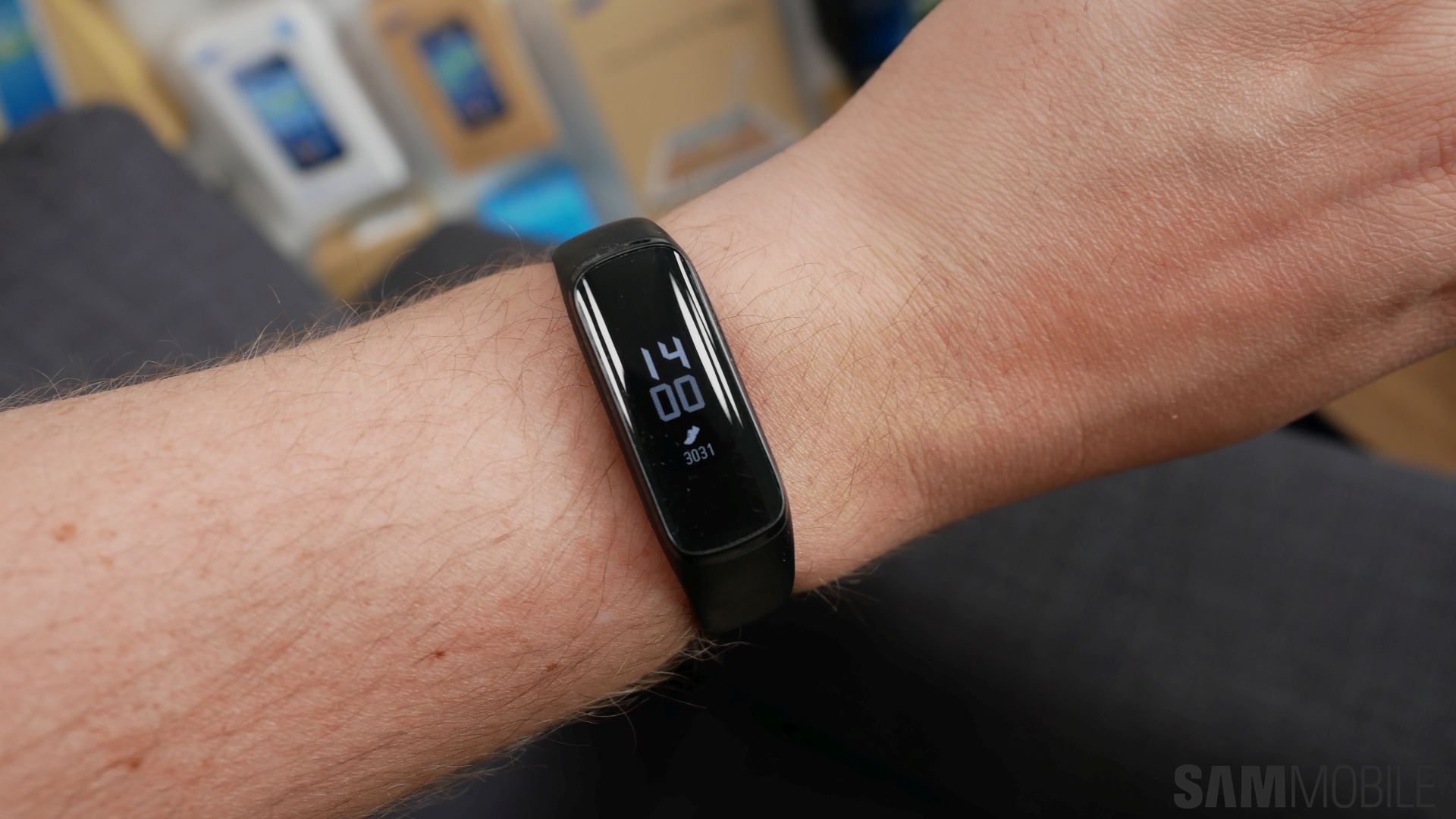 The Galaxy Fit e is the smaller of Samsung’s new fitness bands, with the ‘e’ short for essential, so you get only the essentials at a very reasonable price. When you see the Fit e for the first time, you can’t deny it looks a lot like the Mi Band from Xiaomi and the dozens of fitness trackers out there. Of course, that’s not necessarily a bad thing, as there’s not a lot of room to experiment with the design with such small devices.

The Fit e has a 0.74-inch PMOLED screen with a resolution of 64 x 128 pixels. That resolution is low enough that you can count the individual pixels, and the screen is also monochrome, so don’t expect any impressive graphics from this display. The screen gives you the needed information through text and images, which look clear but that’s about it. You cannot swipe on the display. You can double tap it to wake it up, and with a single tap you go to the next screen.

The single and double tap operation can be improved, as it took a while for us to get a hang of it and the display would not always respond on the first try. Thankfully, a software update fixed these touch issues, although there can still be a few instances where the band doesn’t properly respond. 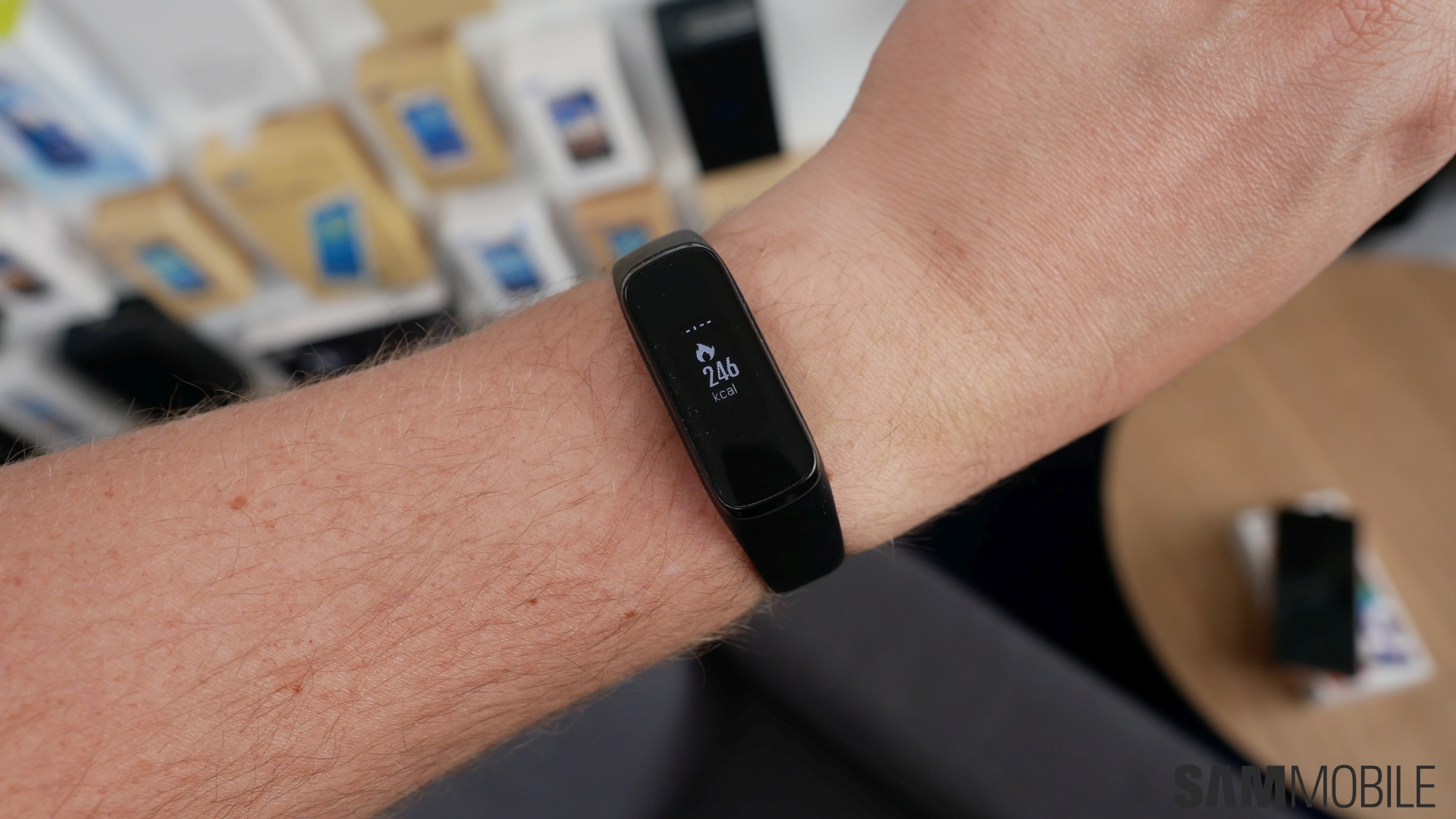 Each screen on the Fit e has a widget, and you can determine which widgets and in what order you want to see them from the Galaxy Wearable app on your connected phone. You can select from calories, steps, heart rate, weather, and calendar widgets; the last one shows you a calendar entry that’s easy to read despite the low-resolution display. Naturally, you can also change watch faces, with a number of options that show different types of information.

The Galaxy Wearable app makes this small device a usable thing. You can set everything in the app – from the previously discussed watch faces and widgets to setting an alarm and more. Where you can do most stuff on a smartwatch without having to whip out your phone, the Galaxy Fit e puts the onus on the Galaxy Wearable app, and it more than met our expectations in this regard.

As far as activity tracking is concerned, the Fit e was rather accurate. On a 10K run, the distance reported by the band deviated by around 100-150 meters compared to what the Strava app reported on my phone. Sleep tracking looked accurate as well, but there’s no way to confirm that since the band simply registers movement and then uses that to give you an estimate of how solid sack time was. The Fit e also tracks your heart rate continuously when you’re exercising, but since its display isn’t very legible outdoors, checking your heart rate or your speed while you’re running is a bit hard to do. 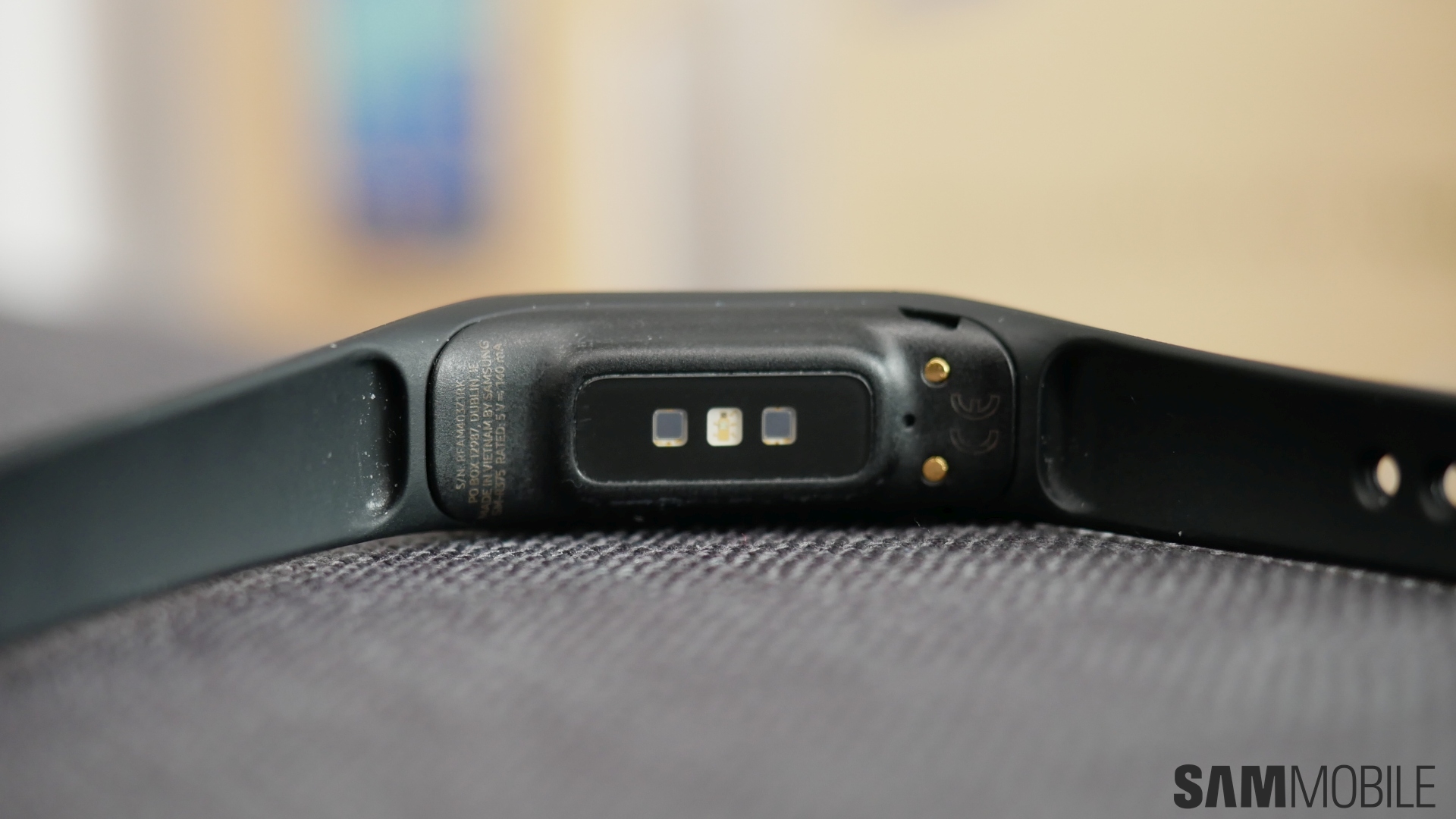 The Galaxy Fit e contains a 70 mAh battery that can last about a week. Exactly how long it will survive on a single charge will depend on how you use it, though. When you use the heart rate widget, the band continuously measures your heart rate, which can’t be disabled and costs a lot of power. The number of notifications you receive also affects battery life.

And there’s an annoying aspect that results from the Fit e’s dependence on the Galaxy Wearable app. The band does not tell you if the battery is running low. You have to see battery levels by checking out the app, and it would be great to see an update that adds a warning when the battery charge is low, as you can’t always keep checking your phone to see how much charge is left on the band. 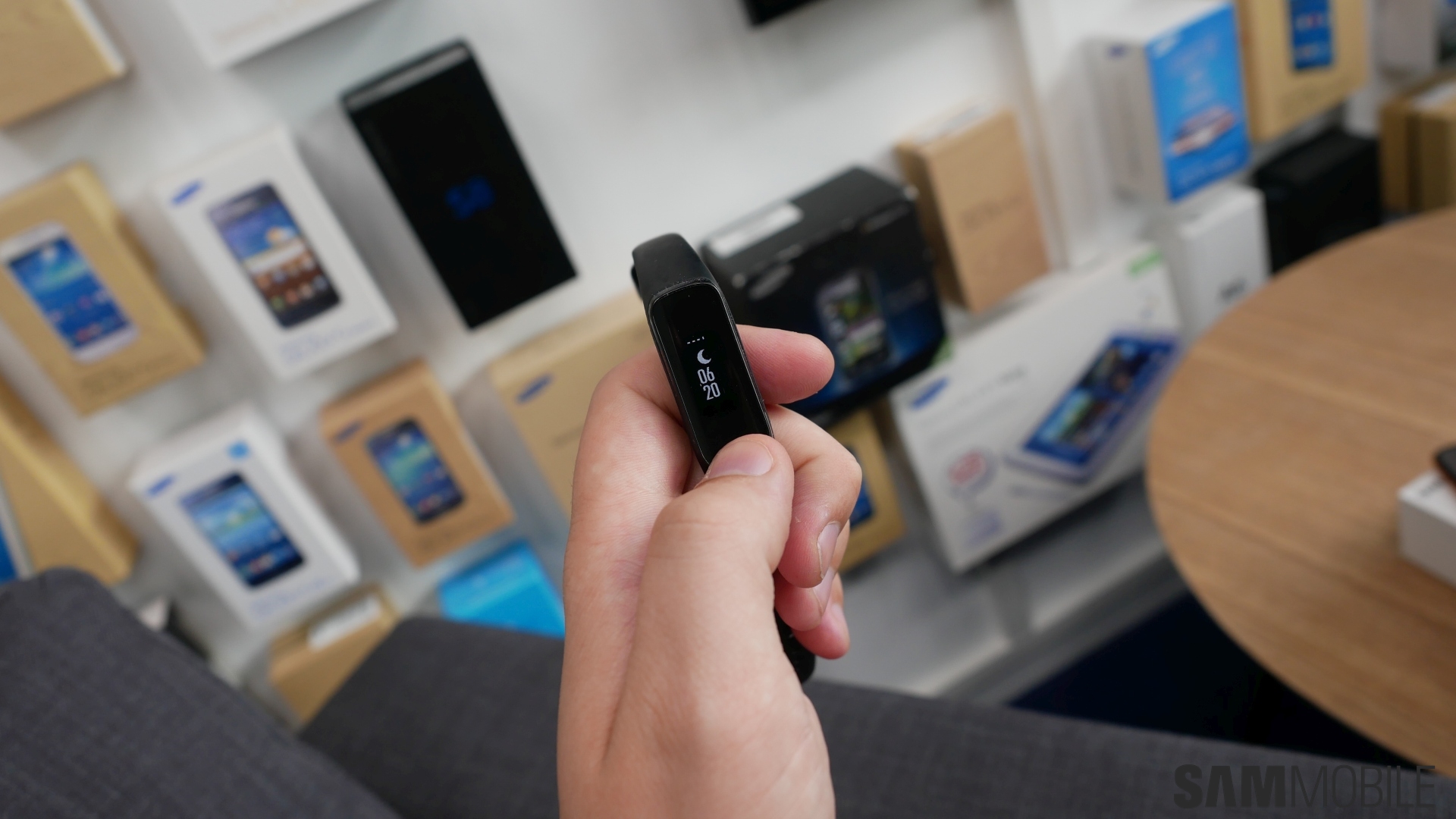 I kept the Fit e on my wrist day and night for a few weeks without noticing it was there, which shows how comfortable it is. It only weighs 15g so it’s not at all bothersome. I wore it while sleeping as well, although you’d want to turn off the wake-up gesture that lights up the screen when you raise your arm so that you’re not disturbed in the middle of the night. And while the Fit e is comfortable, you shouldn’t expect any miracles. It’s a good product for tracking basic activities like running, as befits a €39 fitness band, but if you’re looking for something more, you should look at the regular Galaxy Fit or the Galaxy Watch Active.

Galaxy A80 goes up for pre-order in UAE, includes free Galaxy Fit e

Galaxy Fit is now available to purchase in some countries