Samsung Pass should borrow this important security feature from iOS 15 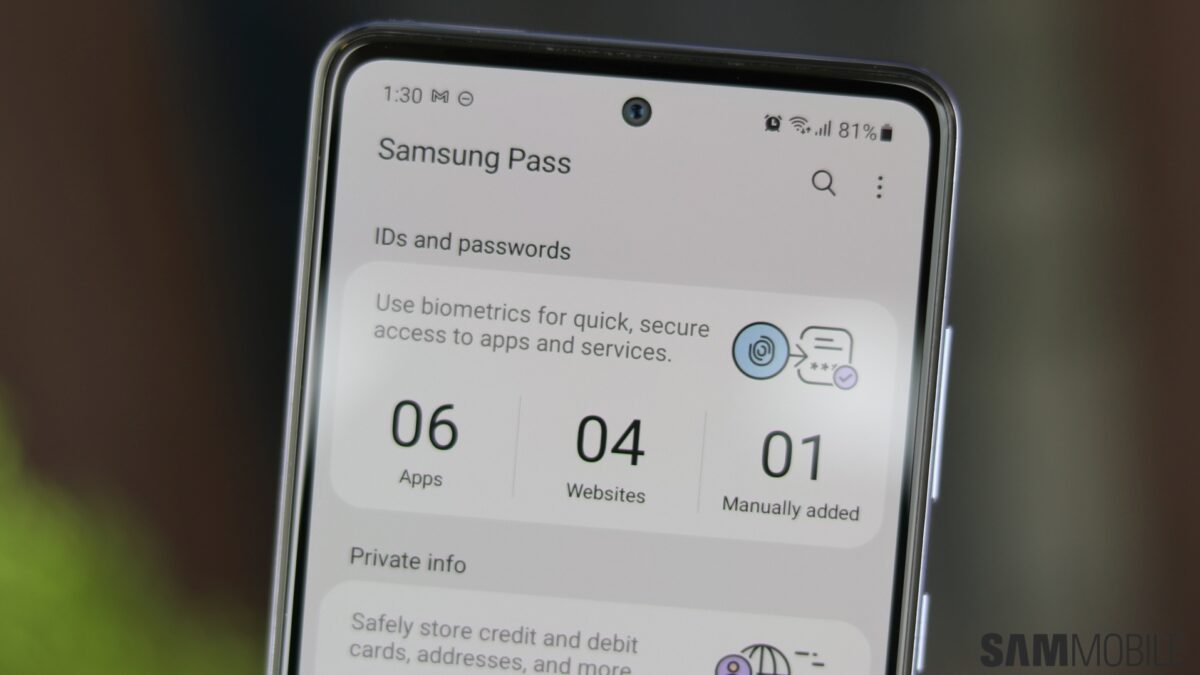 Samsung Pass is a password manager that’s built right into a lot of Galaxy smartphones and tablets. It’s quite basic, but it is free and it works well. It can store your user ID and password for various websites and autofill them via a web browser after biometric authentication (face, fingerprint, or iris).

It can even store your addresses, credit card info, and sensitive notes. However, it lacks a feature that is increasingly being used these days. Apple recently debuted the feature with iOS 15 and iPadOS 15, and we think that Samsung should borrow and implement it into Samsung Pass.

With online services increasingly becoming a part of our daily lives, it is important to take additional security measures to secure our accounts from being hacked, and that’s where two-factor authentication (2FA) comes in. Once set up, 2FA becomes an additional security layer during the login process, reducing unwanted access to your online account.

I have enabled 2FA for all of my important online accounts such as Facebook, Google, Instagram, Microsoft Outlook, Slack, and Twitter. Most modern password managers, including 1Password, Dashlane, LastPass, and Remembear have a built-in 2FA code generator feature, but it is missing from Samsung Pass.

Unless Samsung brings a 2FA code generator to Samsung Pass, most people (including me) would never use it. Given Apple’s focus on privacy and security, it had to bring the 2FA generator feature to iOS 15 and iPadOS 15 which were unveiled earlier this week. If Samsung Pass gets it, more people could start using it as their primary password manager app.

Additional features that Samsung could bring to Samsung Pass

Some other features that Samsung can bring to Samsung Pass include an option to import passwords from other password managers, a secure password generator, and the ability to share passwords with family members via their own Samsung accounts. Ideally, I would also like Samsung to bring a desktop web browser extension for Samsung Pass, but that isn’t likely to happen anytime soon.

Do you use Samsung Pass regularly? What new features would you like to see in Samsung’s password manager? Let us know in the comments section below.