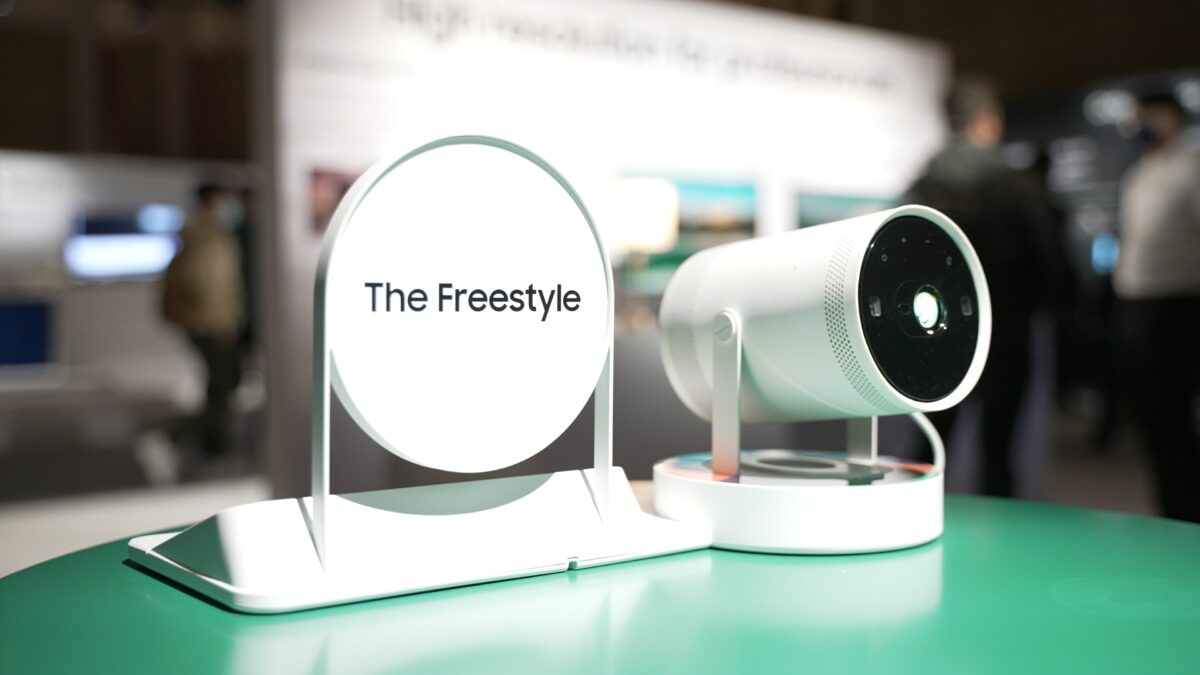 Samsung’s Gaming Hub service went live on Samsung TVs at the end of June, bringing access to dozens of high-quality video games via cloud technology. It sounds like the perfect service for a portable projector/TV such as The Freestyle, but unfortunately, Gaming Hub has a much more limited reach.

The Gaming Hub is supported only by select 2022 Samsung smart TV and monitors. The Freestyle is a portable projector unveiled at CES 2022, however, it hasn’t made the list for Gaming Hub-compatible devices.

On paper, The Freestyle seems like a great match for a cloud-based gaming service such as Gaming Hub. It’s relatively small, portable, and has auto keystone capabilities. It comes with a Game Mode for improved latency and boasts services like Samsung TV Plus.

Considering the above, I feel like the option to play Xbox cloud games on The Freestyle would’ve been a fantastic selling point for the projector. Leaving The Freestyle on the sidelines seems like a huge missed opportunity, and I can’t help but wonder why Samsung didn’t bring its cloud gaming service and portable projector together.

I think that if there will be a Freestyle 2, Gaming Hub is a must-have feature

In Samsung’s defense, perhaps the company did consider releasing the Gaming Hub platform on The Freestyle and was forced to abandon the idea due to technical difficulties and hardware barriers. It’s worth noting that Gaming Hub is not available on Samsung TVs older than 2022 regardless of price range or design, which means that the service might require the latest AI chipsets and image processors.

As of this moment, the future of The Freestyle, and whether or not it will become a multi-year product lineup, is unclear. The original model released earlier this year stirred up mixed reviews due to questionable build quality and QA.

We suspect that The Freestyle 2 would do better in these regards, but once again, it’s unknown whether the original Freestyle will go down in history as a one-off device or if Samsung will continue this series and release a sequel next year.

Assuming that the Korean tech giant will develop The Freestyle 2 as a portable projector for a 2023-or-later release, I can only hope that it will utilize Gaming Hub to its full potential.

Feel free to share your thoughts on the matter in the comment section, and if you’re interested in learning more about Gaming Hub and The Freestyle, check out our hands-on videos below.