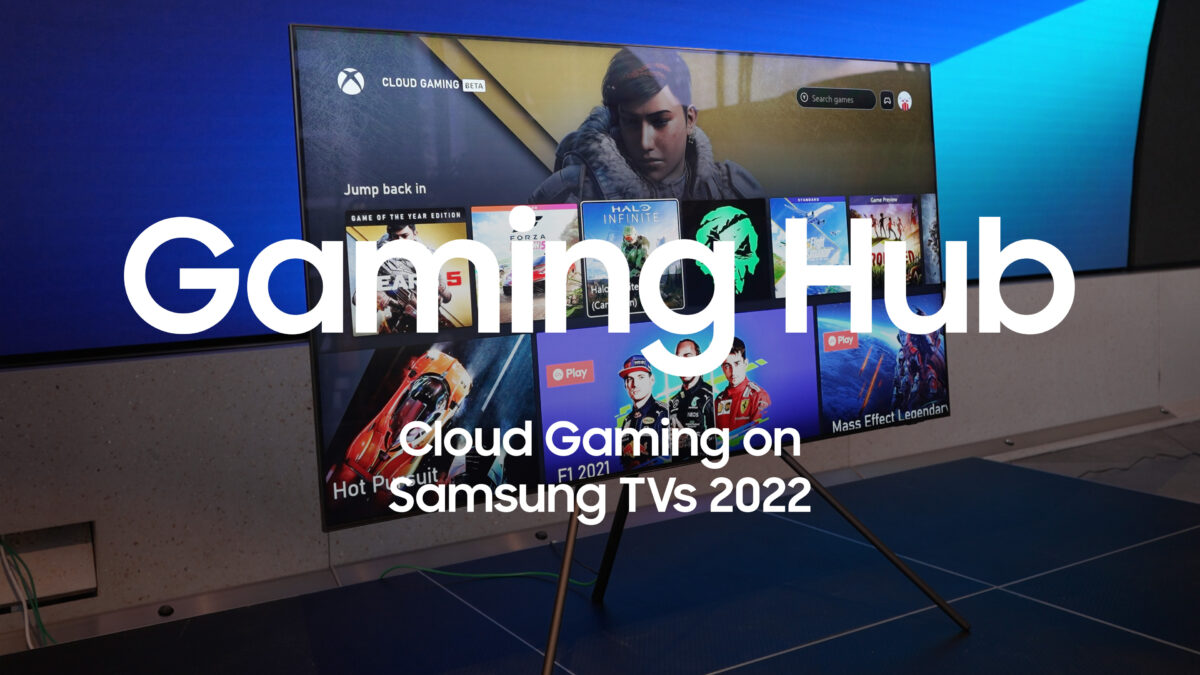 Samsung launched the Gaming Hub cloud gaming platform a few days ago. It’s available for select 2022 Samsung smart TV and monitors, and it’s supposed to bring quality gaming to Samsung customers without any extra hardware needed. We had the opportunity to spend some time with Gaming Hub at Samsung King’s Cross London, where the company demonstrated its new service on several monitor and TV models.

In case you missed the original announcement, Gaming Hub is a Samsung app that brings together a handful of cloud-based streaming services, including Xbox Game Pass. Samsung customers can sign up for the Game Pass Ultimate subscription and play dozens of quality video games via the cloud directly on their TVs and smart monitors.

We tested Samsung’s new service live in London, and we’re sharing our findings in a new video that you can find below. Our YouTube host Benjamin happens to have first-hand experience with the Xbox Game Pass subscription model on the Microsoft Xbox Series X console, and this gave us a good opportunity to see how Samsung’s software platform can hold up against dedicated gaming hardware.

In short, Samsung Gaming Hub can’t run games as well as the Xbox Series X, and it won’t replace your Xbox console, assuming you have one. However, the experience is surprisingly decent. Barring some image quality deficits, performance is more than enough. Of course, your experience could differ based on the quality of your internet connection.

If you don’t own dedicated gaming hardware or want to complement your PlayStation 5 with affordable access to the Xbox game library, then Game Pass on Gaming Hub could be your answer.

Gaming Hub may not replace the Xbox, but it was never meant to do so. However, it does give Samsung smart TV and monitor users quick access to their games in more rooms or places without having to buy additional consoles or unplug and move hardware around.

Besides, the service is likely to get a lot more people on board with video games, considering the much lower barrier to entry than buying a gaming console.

Check out our new video below for a closer look at Gaming Hub and Xbox Game Pass, and let us know your thoughts on this new cloud-based gaming service from Samsung. Have you tried it yet?