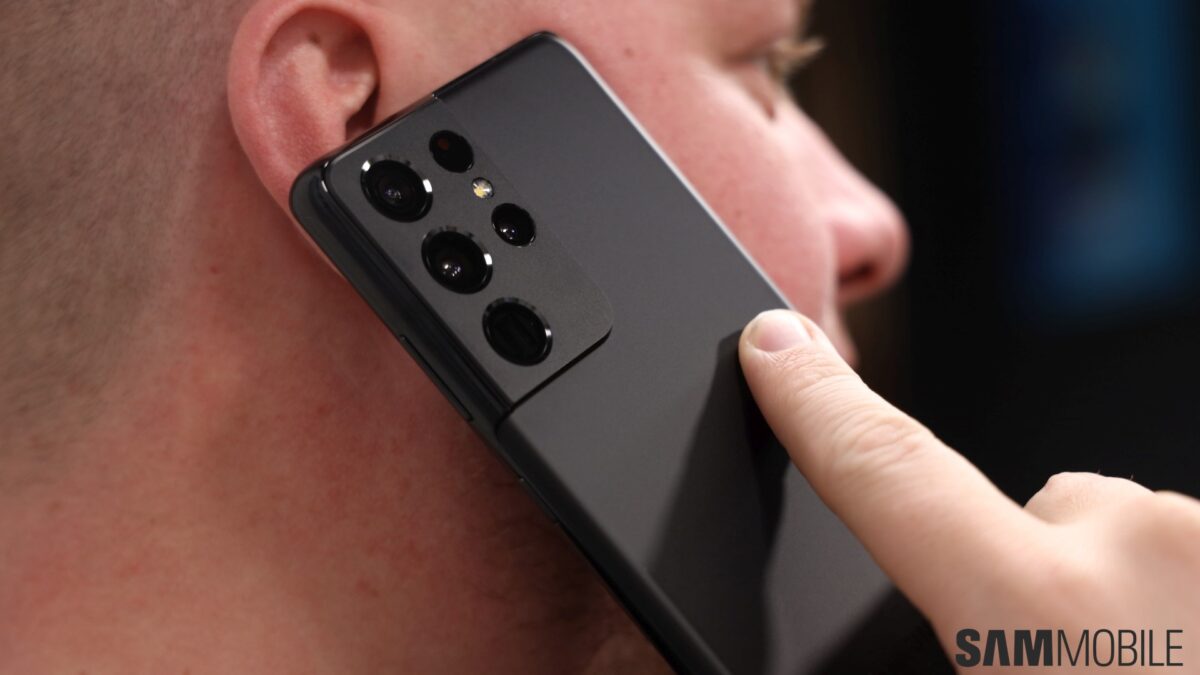 Ever since the Galaxy S21 Ultra was announced, I was very eager to get my hands on it, mainly because of the upgraded camera setup with the two telephoto lenses and the addition of laser autofocus to fix the most problematic aspect of the Galaxy S20 Ultra. Features like the adaptive display refresh rate and an Exynos chip that Samsung claims is a masterpiece were also high on the list of reasons for why I was so excited about the S21 Ultra, and now that I’ve been using the phone for a little over a day, I felt like sharing a few early impressions before our detailed review goes up.

Battery life has managed to impress from the very first day 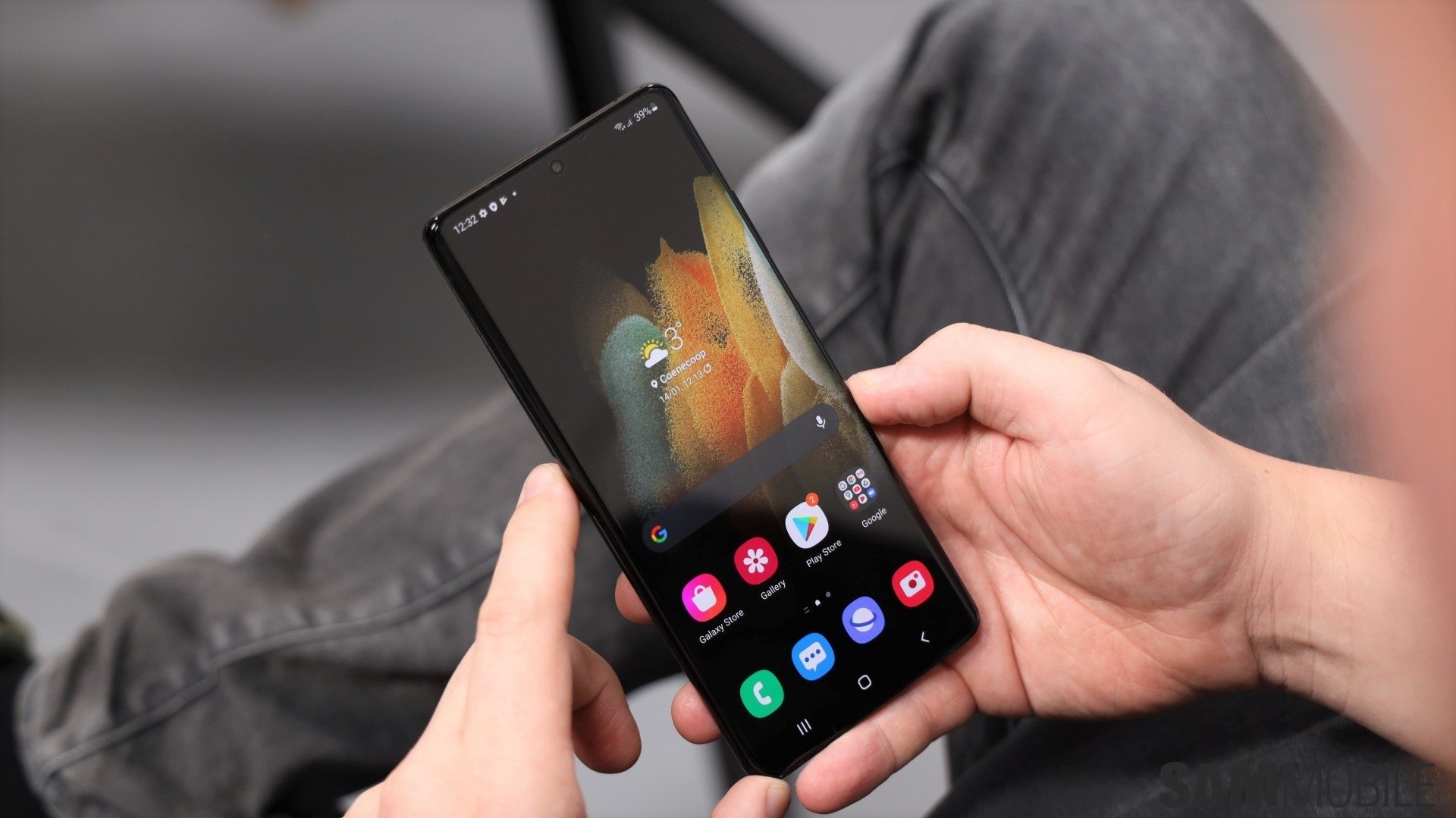 The Galaxy S21 Ultra is the first Samsung flagship in the last couple of years to have impressed me with its battery life in the first week, or, well, the first day. Usually, Samsung’s flagship phones drain quickly in the first few days in my experience, but that’s not the case with the Galaxy S21 Ultra. Most noticeable is how consistent the drain is. The battery percentage doesn’t drop every other time I unlock the phone, which is not something I can say for my Galaxy S20 Ultra.

In fact, I’ve never seen 5+ hours of screen on time on any flagship during the first couple days of use, not in recent memory at least. The S21 Ultra? Well, I ended the first day with 2% left on the battery meter and around 5 hours and 50 minutes of screen on time and 16.5 hours of total time off the charger. Yes, these figures might seem normal to some, but for me, they’re better than anything I’ve seen for quite some time. Again, this is after just one full day of use, and once the phone has understood how I use it, battery life is bound to get better. 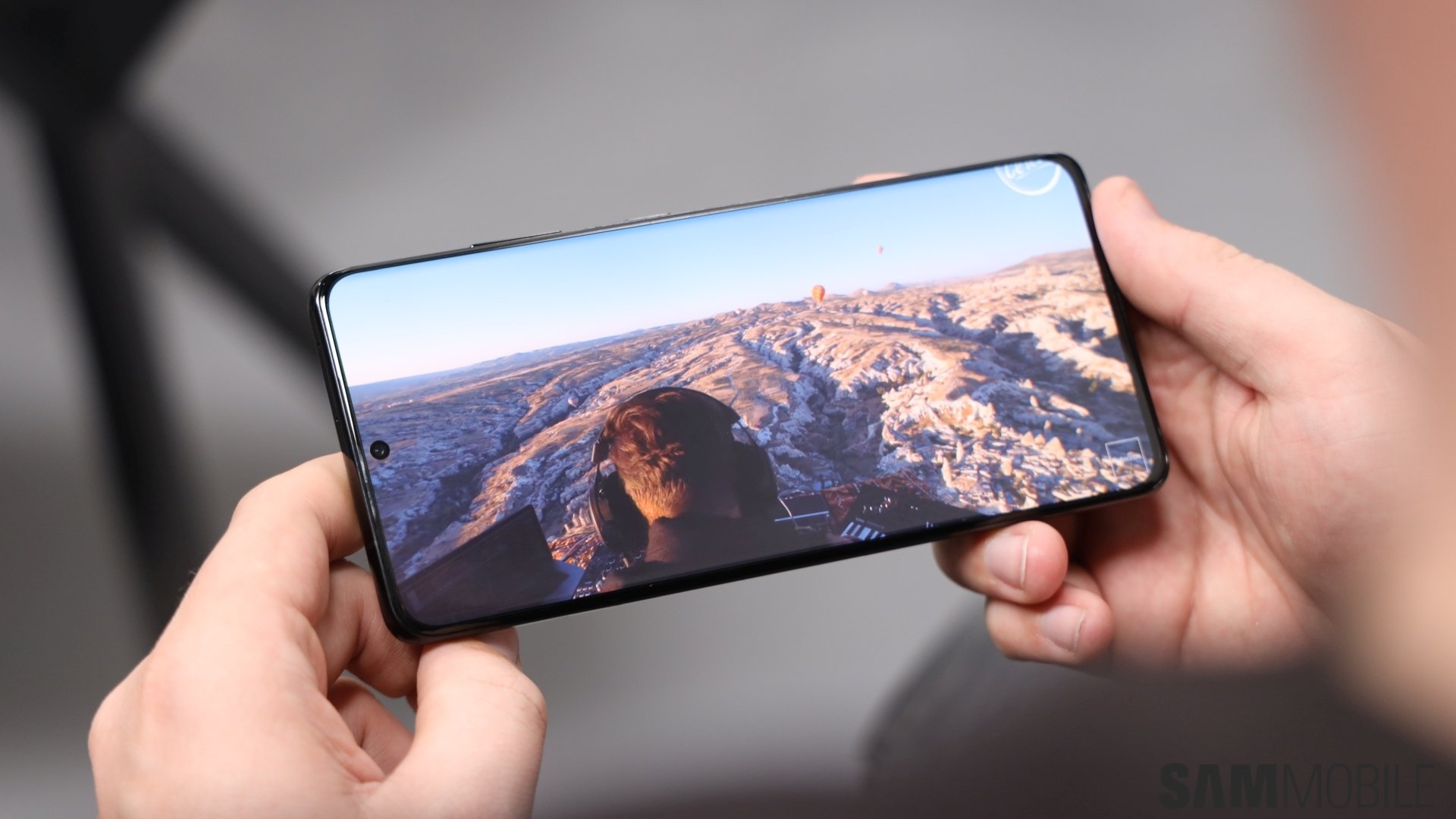 The Galaxy Note 20 Ultra was the first Galaxy phone to feature a display with a variable refresh rate, and, it felt smoother and better to use than the 120Hz display on the Galaxy S20 smartphones. That has carried over to the Galaxy S21 Ultra as well. And while the display drops its refresh rate to as low as 10Hz depending on what you’re doing, you’d never actually be able to tell when the refresh rate changes. It’s all very seamless, all while helping the battery last longer. 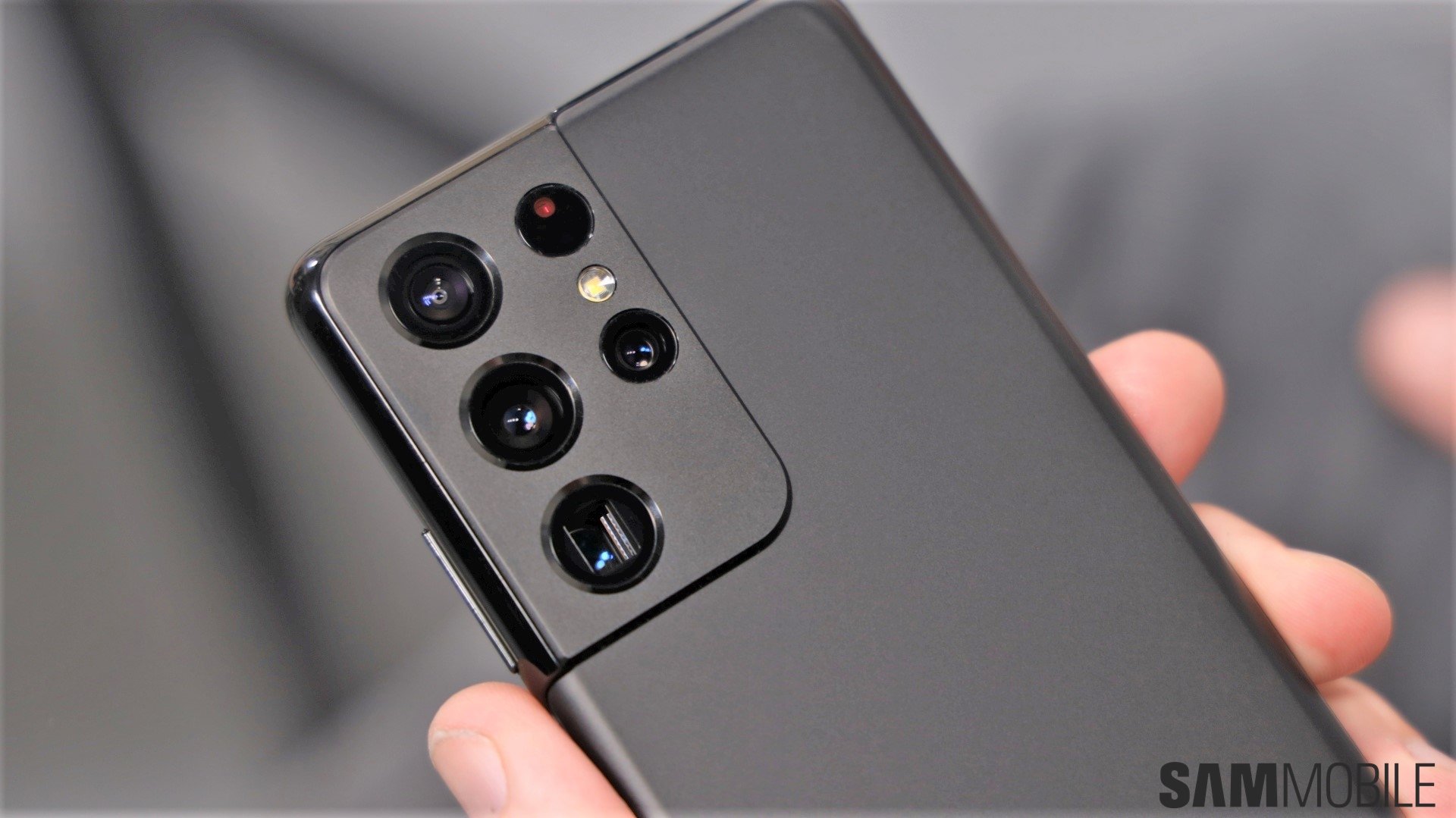 The ultra-wide cameras on Samsung’s flagships have been strictly okay since they were introduced with the Galaxy S10 lineup, but the Galaxy S21 Ultra brings a much needed upgrade. The ultra-wide camera on this phone has Dual Pixel autofocus, and Samsung has added the option to record videos at 60 frames per second with all of the phone’s cameras. The results are considerably better than anything you could get on last year’s Galaxy S and Note flagships.

Here’s a short [email protected] ultra-wide clip of my dog trying to sneak up on a couple of pigeons to show how good the quality can be now:

The quality of the zoom cameras is pretty impressive as well, but whether there’s a huge difference versus the Galaxy S20 Ultra is something I’m not too sure about just yet. More details on that in our upcoming review, but for now, you can check out a few samples we published the other day. 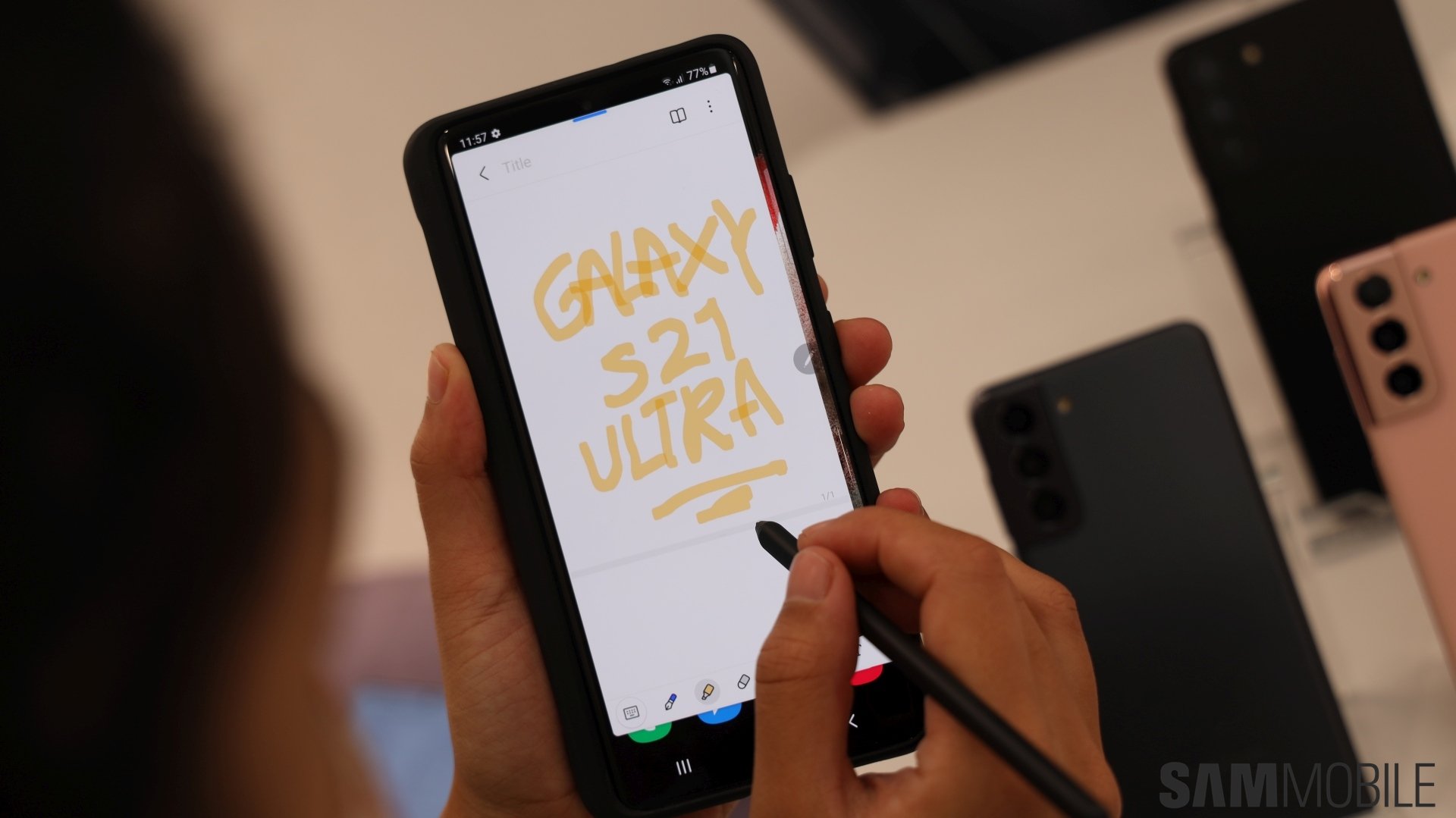 Samsung didn’t send us the optional S Pen with the Galaxy S21 Ultra so I had to test it out with the Galaxy Note 20’s S Pen. And I’m happy to report that the experience is exactly the same as it is on the Note line. Bluetooth and gesture functionality doesn’t work, but all the software S Pen tools seem to be present. In case you’re wondering, the S Pen’s latency feels very low, which is no surprise as the S21 Ultra features the same high refresh rate screen as the Galaxy Note 20 Ultra, and that’s the most important factor for ultra-low stylus latency (which is why the regular Note 20 doesn’t get 9ms S Pen latency while the Ultra model does).

The design’s good, but I’m not sure black’s the color to show it off 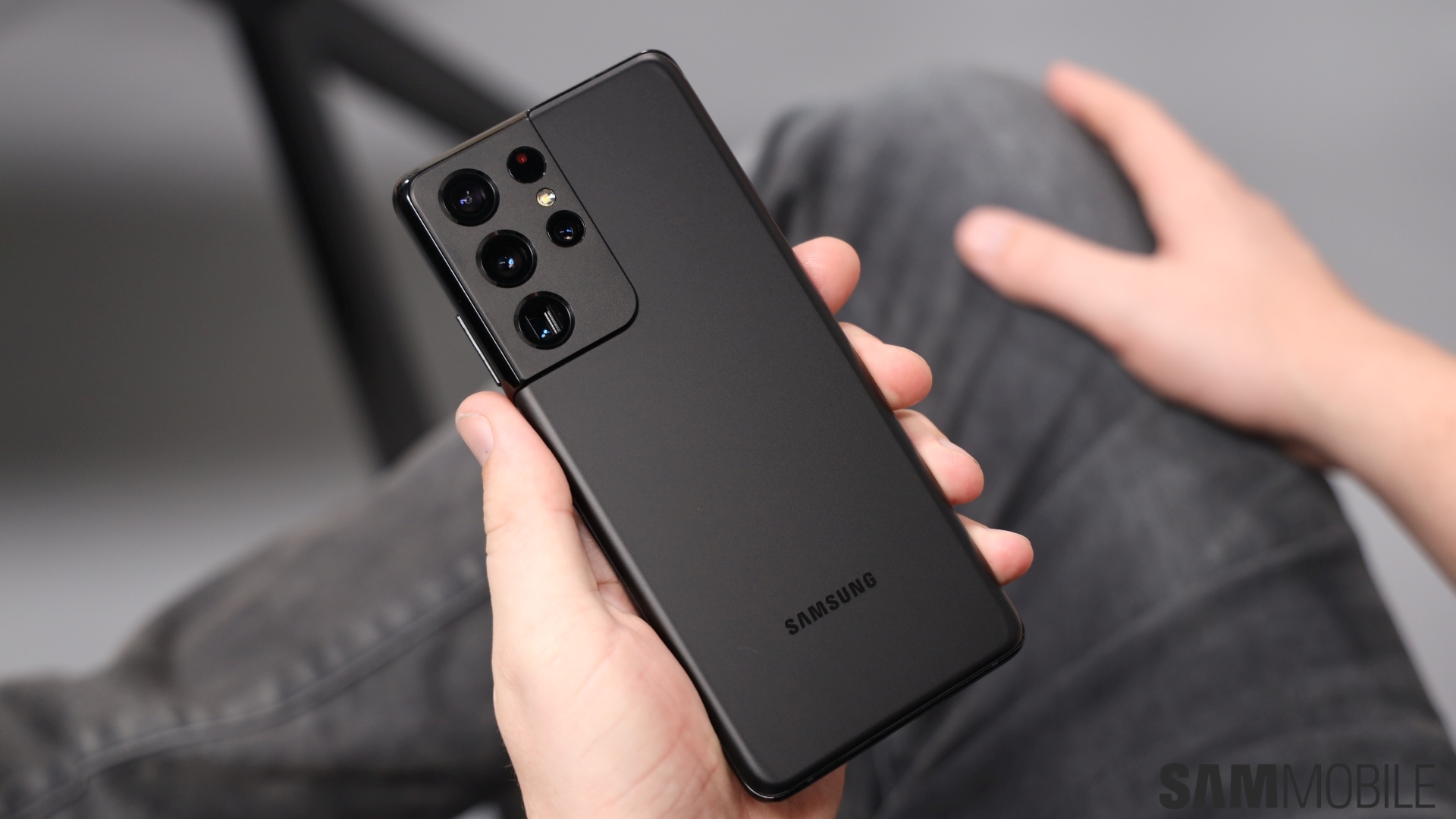 Everyone’s singing praises of the camera-bump-meets-metal-frame design of the Galaxy S21 series, but I have to say the beauty of it doesn’t really come through on the Phantom Black variant. The camera housing itself looks fantastic when you see it head on, but the metal frame looks somewhat plasticky, and I think the black paint job is the reason. The silver variant might be the one to pick if the phone’s visual appearance is important to you, though I can’t really confirm that as I haven’t seen the silver Galaxy S21 Ultra in person yet.

The fingerprint sensor seems… the same as before? 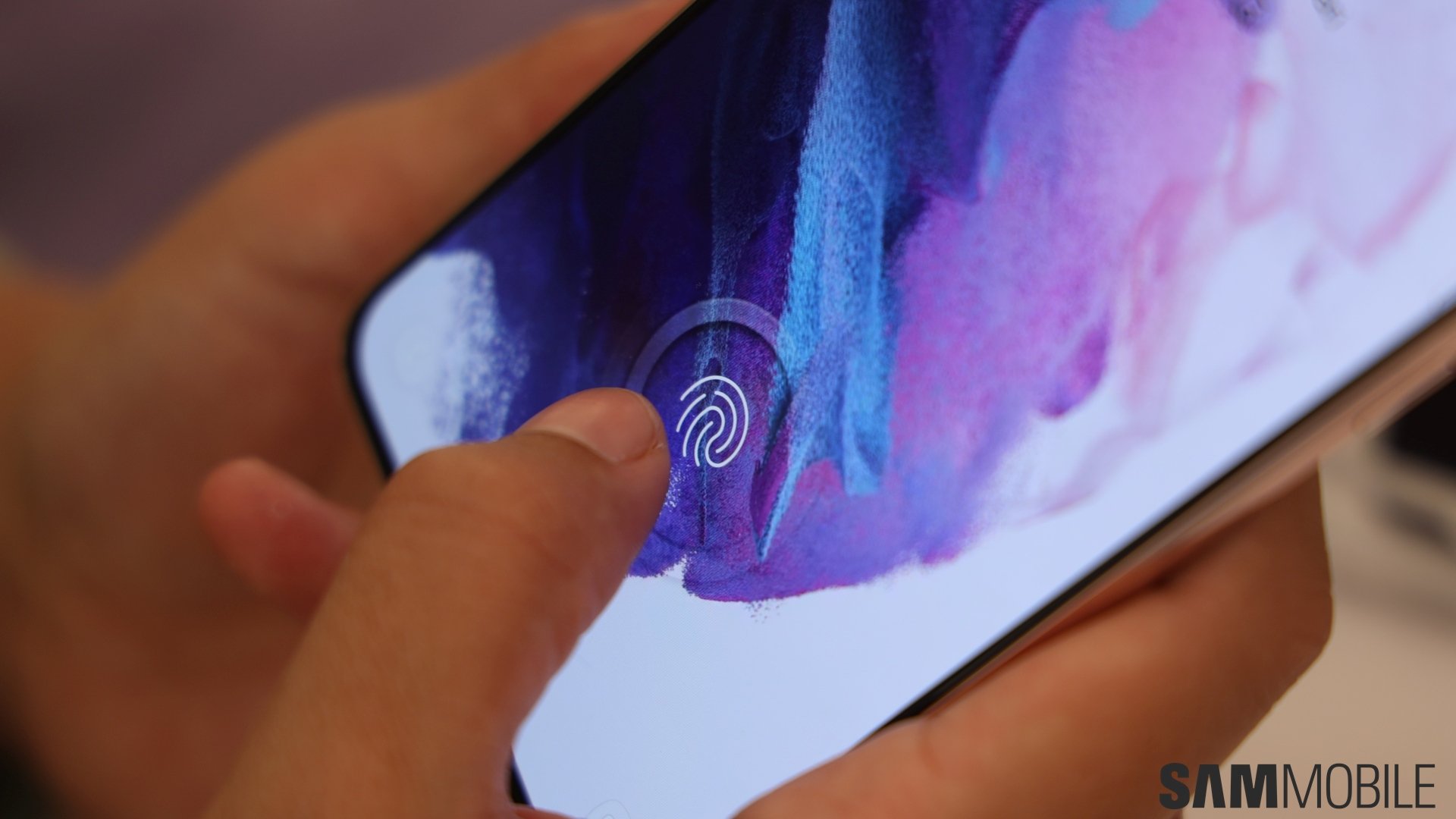 The Galaxy S21 series gets Qualcomm’s newer-generation in-display ultrasonic fingerprint sensor, which is supposed to be 50% faster than the previous solution and has a 77% larger recognition area. Is it that much better in practice than the sensor in Samsung’s flagships from the last two years? I’m not sure. My experience with it has been pretty similar to what I had with my Galaxy S20 Ultra.

Specifically, I still get told to “cover the entire fingerprint sensor” every now and then, but I guess that’s because I don’t always press as hard and firmly as you’re supposed to, which can be a problem for any in-display fingerprint sensor (and why the good old physical fingerprint sensors are unbeatable). I’ll reserve judgement for our full review, though, since I’ve not had this phone as my daily driver for even two full days yet.

The best Samsung ‘camera’ phone is priced too high

The best, most feature-packed flagship in the Android market today comes from Samsung. Its Galaxy S Ultra line has every feature imaginable, including an incredibly versatile camera system. The zoom capabilities, in particular, are what set a Galaxy S Ultra phone apart from everything else, and it’s primarily the reason it’s my favorite among all […]

Earlier today, Samsung announced its earnings for Q3 2022 and appointed Lee Jae-yong as its Executive Chairman. During its earnings announcement, the company revealed that its smartphone division did well in terms of business. Amid the slump in the smartphone market, the company’s high-end phones, including Galaxy S22, Galaxy Z Flip 4, and the Galaxy […]