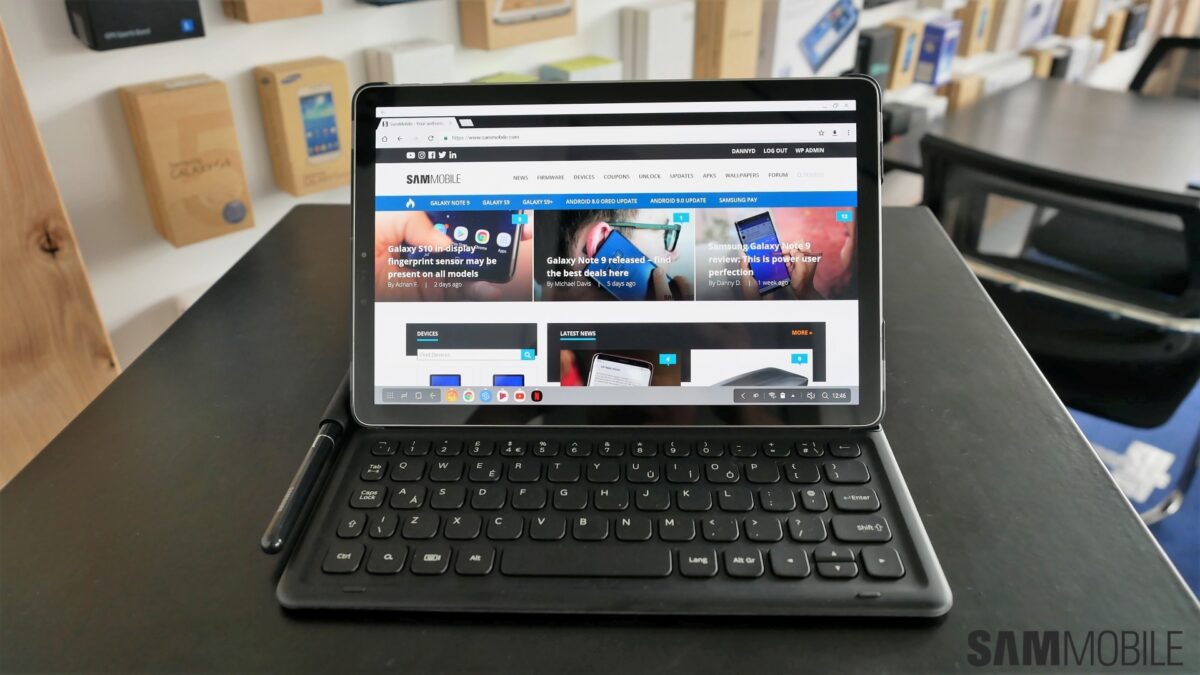 It has been three months since Samsung started rolling out the Android 10 update for the LTE Galaxy Tab S4. The update was first released in France before gradually being made available in other markets. Android 10 for the Galaxy Tab S4 brought One UI 2.1 and many of the new features that this firmware promised.

Carriers in the United States often lag behind when it comes to rolling out updates. This won’t come as a surprise to those who subscribe to the country’s largest mobile carrier. The Verizon Galaxy Tab S4 Android 10 update is just now being released, three months after the update was initially sent out.

Verizon Galaxy Tab S4 finally gets Android 10 and One UI 2.1

Verizon is rolling out firmware version T837VVRU4CTH6 for the cellular variant of the Galaxy Tab S4 on its network. This brings the much awaited Android 10 update to users in addition to all of the features that are part and parcel of One UI 2.1.

Some of the new features include Live Transcribe, gesture navigation, Sound Amplifier, Focus Mode, Samsung Daily replacing Bixby Home and more. Other One UI 2.1 features that come with this update include Quick Share, Music Share and the new Gallery app. There’s an improved layout in the camera app as well as a redesigned Device Care section.

The update comes with the August 2020 security patch. It’s now being rolled out by Verizon so it may take a few hours before an update notification pops up for all users in the United States.