The Galaxy A71 5G is now one step closer to an official launch, as the handset has received Bluetooth certification. A few months ago, we had revealed the existence of a 5G variant of the A71 for the Chinese market. Since then, we’ve learned that the A71 5G will also be headed to the US and some international markets, and the Bluetooth certification has revealed that a variant for Korea is in the works as well.

The international, Chinese, and Korean models — the SM-A716B, SM-A7160, and SM-A716S — are the ones that have been certified. The certification doesn’t give us any info other than the name of the device and that it will support Bluetooth 5.0. However, thanks to a benchmark listing, we had learned recently that the A71 5G will be the first Galaxy smartphone to be powered by the Exynos 980 chipset. 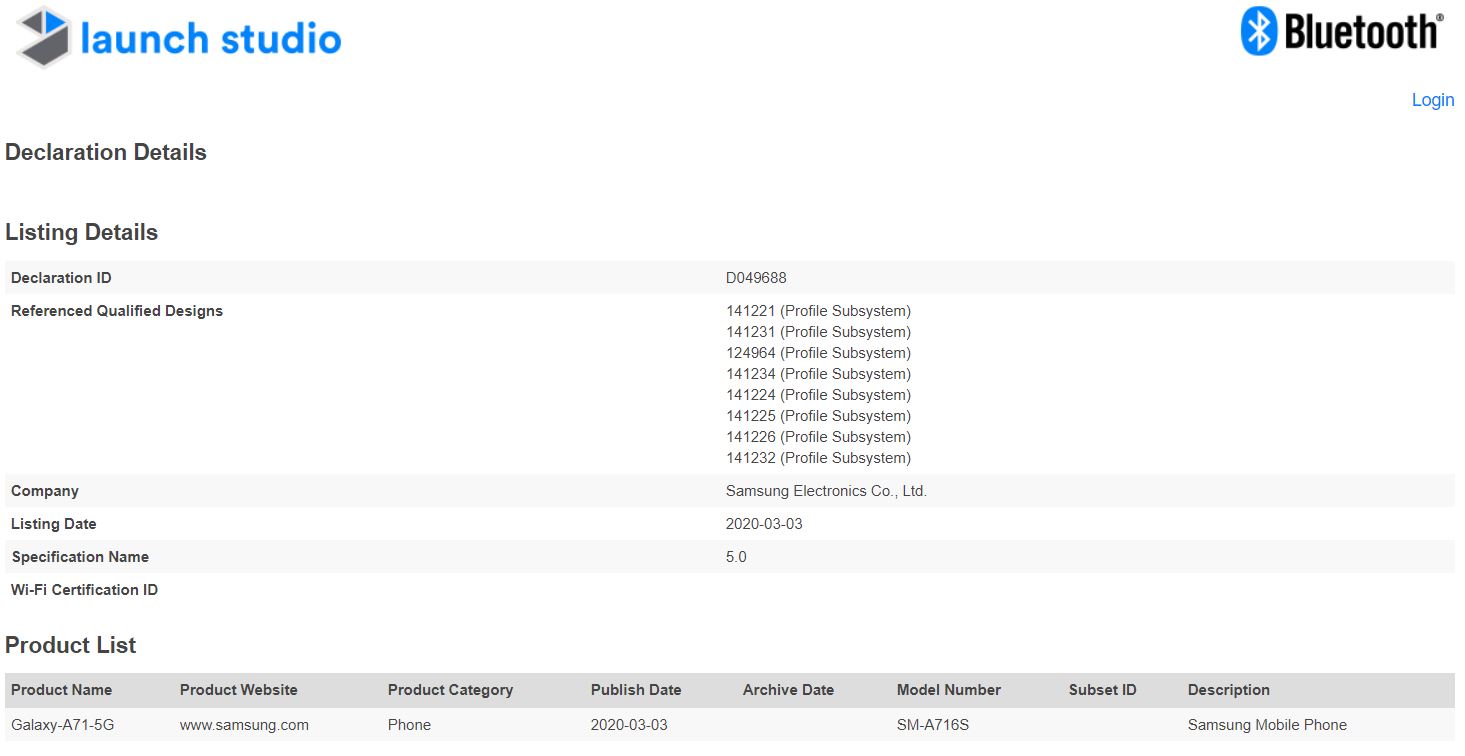 The Exynos 980 is an 8nm chip and has an octa-core processor with two 2.2GHz Cortex-A77 cores and six 1.80GHz Cortex-A55 cores. The integrated 5G modem is capable of handling 5G to 2G networks while also supporting gigabit downlink speeds in 4G LTE. It supports speeds of up to 2.55Gbps in sub-6-GHz 5G. The Exynos 980 was previously seen in a Vivo smartphone and is currently the most powerful mid-range chipset in Samsung’s arsenal.

The rest of the Galaxy A71’s specs are likely going to be the same as the Galaxy A71. That means it will have a 6.7-inch Infinity-O Super AMOLED display, 8GB of RAM, a quad camera setup at the back comprised of 48MP primary, 12MP ultra-wide, 5MP depth, and 5MP macro sensors, a 32MP front-facing camera, a 4,500 mAh battery with 25W fast charging, and Android 10 with One UI 2.0.

We’ll keep you posted as and when we hear more about the Galaxy A71 5G. We will also be publishing our review of the regular Galaxy A71 in the next couple of days, so stay tuned!