Galaxy A71 5G will use Samsung’s Exynos 980 processor

The Galaxy A71 was among the first of Samsung’s 2020 Galaxy A smartphones. It was unveiled alongside the Galaxy A51 in December 2019. We reported back then that Samsung also has a 5G variant of the Galaxy A71 in development.

Since then, we’ve found out that the Galaxy A71 5G may also be released in markets outside the United States and China. We know for sure know what processor this device will be packing under the hood, it’s going to be Samsung’s Exynos 980. The LTE variant of the Galaxy A71 features the Snapdragon 730.

Samsung made its Exynos 980 chip official six months ago. It’s the company’s first 5G integrated processor, in that the mobile processor has an integrated 5G modem. Previous solutions required a separate 5G modem to be hooked up to the processor.

Based on Samsung’s 8nm FinFET process technology, the Exynos 980 has an octacore processor with two 2.2GHz Cortex-A77 cores and six 1.80GHz Cortex-A55 cores. The integrated 5G modem is capable of handling 5G to 2G networks while also supporting gigabit downlink speeds in 4G LTE. It supports speeds of up to 2.55Gbps in sub-6-GHz 5G. The Exynos 980 also has support for the new Wi-Fi 6 standard.

The Galaxy A71 5G has made an appearance on Geekbench and there’s no doubt left now that it’s indeed going to use the Exynos 980. The chip is paired with 8GB of RAM, the same as the LTE variant. This 5G integrated processor will allow Samsung to offer support for the next-gen network on more affordable devices. Since Samsung is all in for 5G this year, it won’t be surprising if we see the Exynos 980 pop up in several other mid-range models throughout the course of this year.

A teaser posted online recently suggested that the Galaxy A71 5G may be released in the near future, at least in the United States, so we may not have to wait for too long before this device hits the market. 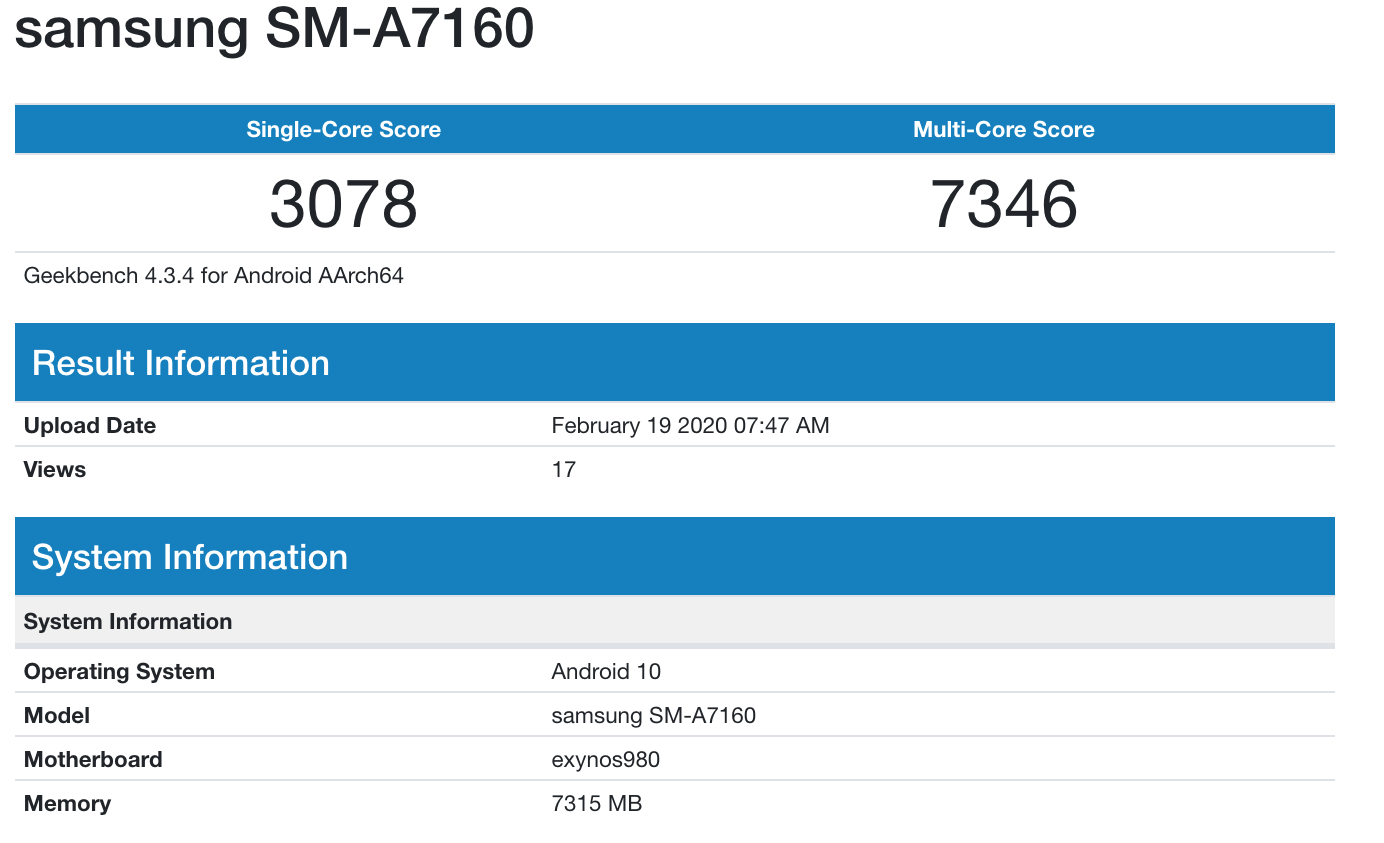 Galaxy A71 gets the August 2021 security update

The show goes on: Galaxy A71 joins the July 2021 security update party

Galaxy A71 grabs the May 2021 security update