This is the most epic Galaxy Watch 4 leak yet! 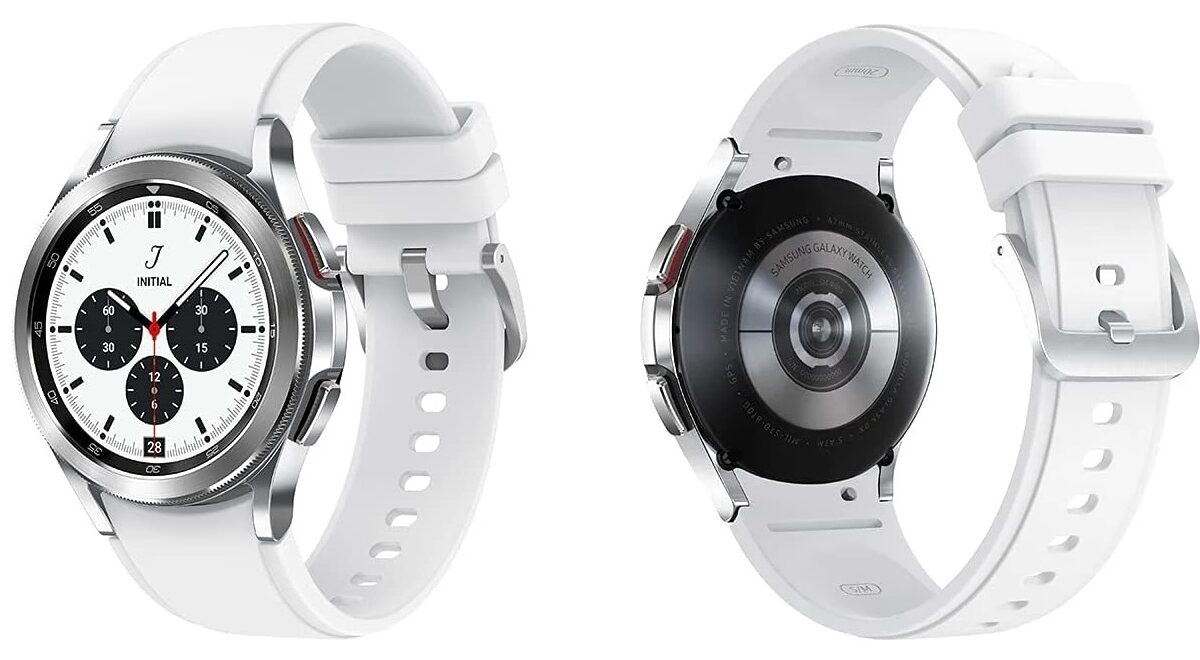 The Galaxy Watch 4, or rather the Galaxy Watch 4 Classic, to be precise, has just been subjected to the most revealing leak yet. It doesn’t consist of press renders, but it details almost every hardware component you can imagine, leaving very little — if anything — to the imagination.

The source claims this is an official spec sheet for the Galaxy Watch 4 Classic that was translated to English. However, the details are there and match — or even surpass — our expectations.

As expected given the previous reports, the Galaxy Watch 4 Classic is powered by a new chipset called the Exynos W920. It’s said  to have been built on a 5nm process, which should make it more efficient than the previous generation SoCs. The watch has 1.5GB of RAM and a whopping 16GB of built-in storage.

The Galaxy Watch 4 Classic reportedly has a 1.36-inch circular display, which would make it a tiny bit smaller than the Watch 3 display. However, the leaked spec sheet also claims that the 1.36-inch screen has a higher resolution of 450 by 450 pixels. The panel is protected by Gorilla Glass DX.

The battery capacity was also revealed at 361mAh. It can gain a full charge in 1 hour and 40 minutes.

Other specs include a MIL-STD 810G-certified build that’s 5ATM waterproof and has an IP68 rating. The wearable takes advantage of Bluetooth 5.0, Wi-Fi dual-band 2.4GHz & 5GHz, and NFC connectivity. Location tracking can be done through GPS, Glonass, Beidou, and Galileo.

The Galaxy Watch 4 Classic will run a new version of Android Wear as opposed to Tizen OS. This much was confirmed by both Samsung and Google many weeks ago, but the leaked spec sheet at hand sheds a bit more light on the nomenclature. Apparently, the Galaxy Watch 4 Classic will run Android Wear with a One UI Watch 3.5 overlay on top. It will connect to Galaxy smartphones through the Galaxy Wearable app we all know.

Last but certainly not least, the leak claims that the Galaxy Watch 4 Classic has three health sensor, namely a PPG, an ECG, and a BIA sensor. They can calculate blood pressure, the heart rate, and the level of body fat.

The Galaxy Watch 4 Classic will be available in two color options — black and silver — and will ship with a Ridge Sport (silicon) strap. 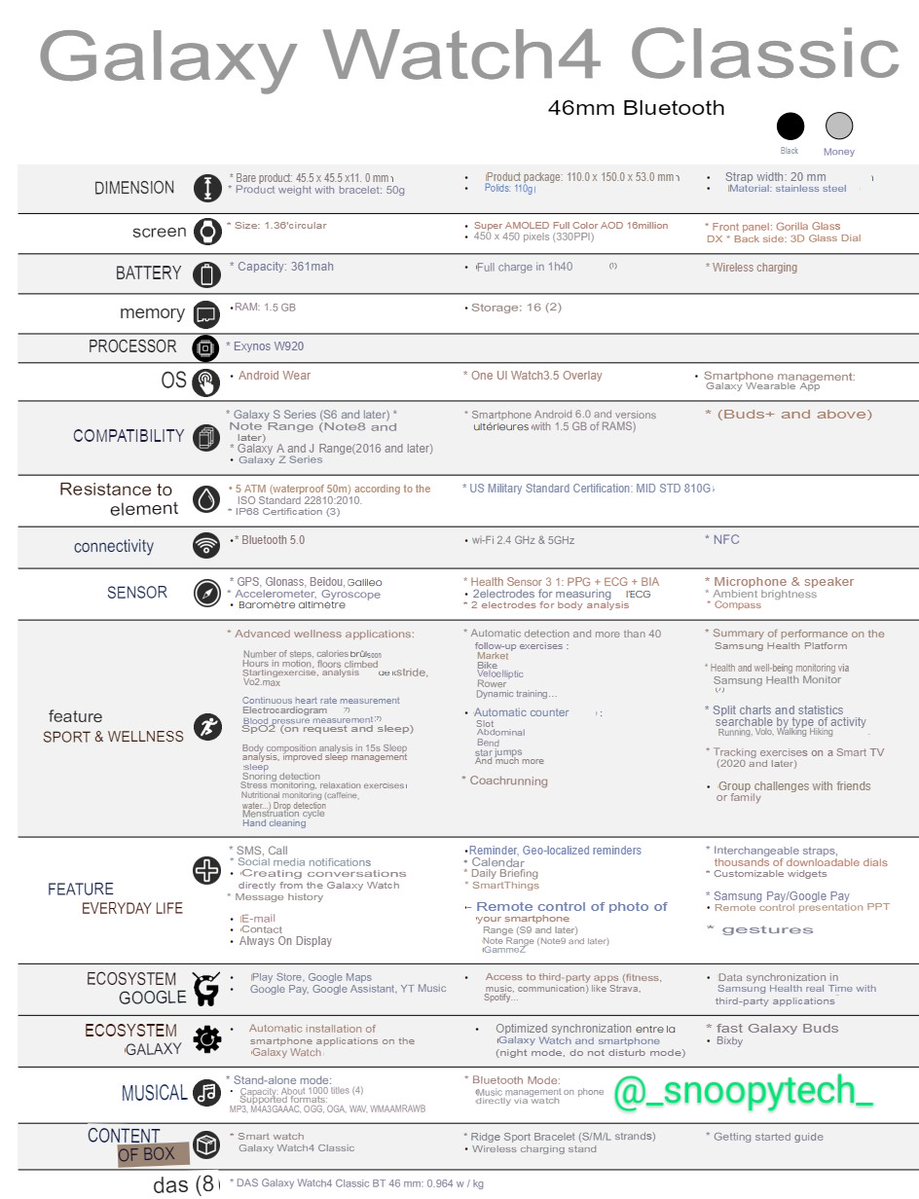