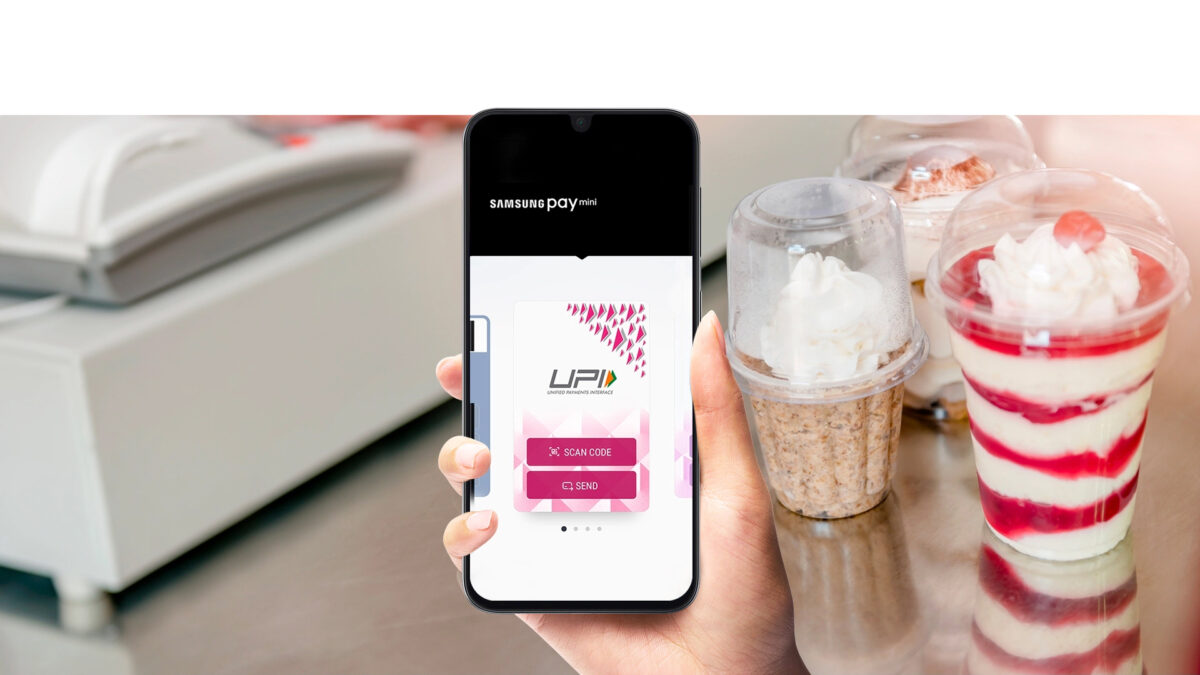 Samsung India is making it easier for Pay customers to make quick QR code mobile payments on the go. The company announced today the integration of Scan QR with Samsung Pay. The feature is going live through a software update on Galaxy devices that support the platform.

Samsung Pay has been able to scan Bharat QR codes for a few good years now. However, the latest update will allow customers to conveniently scan UPI-based QR codes just by tapping the Scan QR quick toggle in the notification shade. After the code is scanned, the user will have the option to pay using Samsung Pay or Samsung Pay Mini. They can then complete the payment by specifying the desired amount and UPI PIN.

Customers in India can also scan QR codes using the Camera app directly, after which they’ll be redirected to the Samsung Pay platform to complete the transfer.

Scan QR is coming to dozens of Galaxy smartphones

Scan QR is coming to almost every Samsung smartphone that supports the mobile payment platform. The list includes the Galaxy S10, S20, and S21 series, the Galaxy S20 FE, the Galaxy Note 10 and Note 20 lineups, the Galaxy Z Flip 3 and Galaxy Z Fold 3, as well as a handful of models from the Galaxy F, A, and M family of devices. 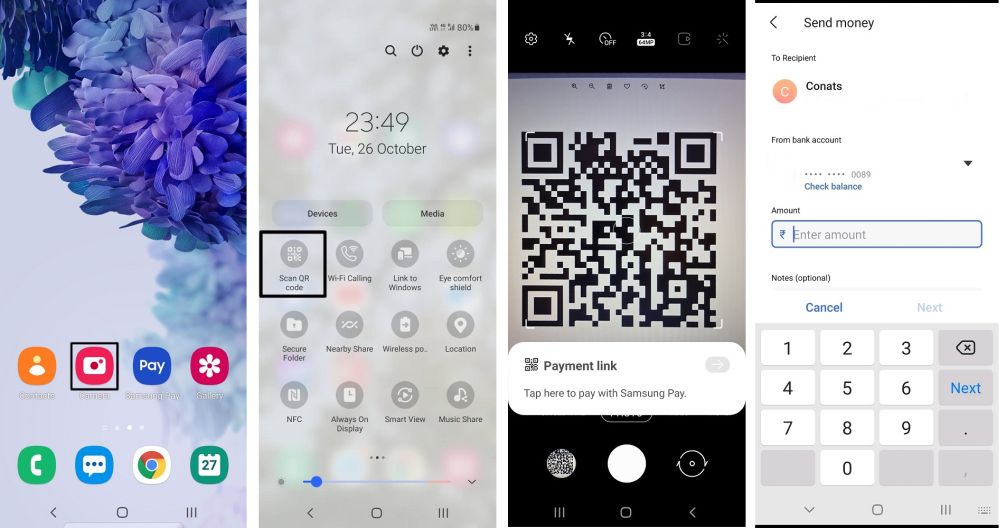