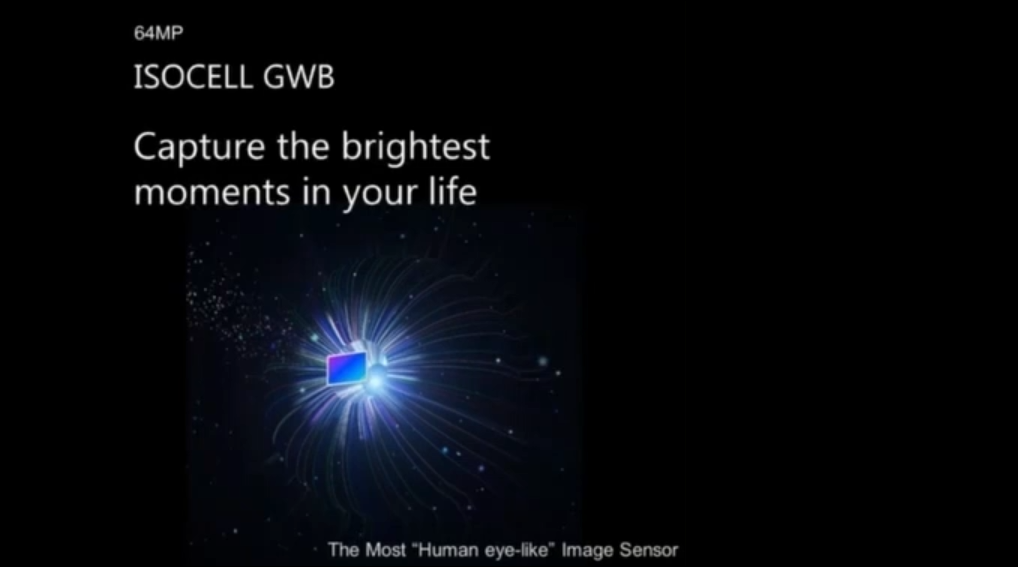 Samsung is developing its first ISOCELL camera with an RGBW color filter pattern; the company confirmed today in a webinar hosted by TECNO Mobile. The ambitious camera sensor is called the ISOCELL GWB, and contrary to previous rumors, it has a 64MP resolution as opposed to 50MP.

Vice President and Head of R&D at Samsung Electronics China presented the ISOCELL GWB and referred to it as “the most human eye-like image sensor.” The addition of a white pixel in the RGB color filter pattern improves the sensor’s light sensitivity. This clever sub-pixel arrangement leads to brighter images and better color accuracy when taking photos, even in low light conditions.

The ISOCELL GWB could end up on a TECNO Mobile phone

Samsung has developed the ISOCELL GWB sensor in partnership with Chinese smartphone maker TECNO Mobile. This partnership indicates that the ISOCELL GWB will debut on an upcoming TECNO smartphone next year. However, it may not remain exclusive to the said Chinese brand, and other Samsung customers could benefit from this technological leap very soon.

Regardless, the ISOCELL GWB doesn’t fit preliminary descriptions of the Galaxy S22 series camera setup, so it won’t debut at Galaxy Unpacked in February. The standard and S22 Plus models should have 50MP main sensors, whereas the Galaxy S22 Ultra is rumored to use a 108MP primary shooter.

There is a possibility that the ISOCELL GWB isn’t the only RGBW sensor Samsung’s been working on, and perhaps a 50MP RGBW solution could also be coming next year if early rumors are correct. Either way, we can be almost certain that the 64MP ISOCELL GWB won’t be the last RGBW sensor to come out of Samsung’s R&D labs, even though it will seemingly be the first to hit the market next year.