As the launch of the Galaxy S9 and Galaxy S9+ inches closer, more details are emerging every day about the accessories that will launch along with them.

Dex Station was one of the headline-grabbing accessories launched with the Galaxy S8 and Galaxy S8+ last year. It enables users to connect their Galaxy S8, Galaxy S8+, and Galaxy Note8, to a monitor, keyboard and mouse for a desktop-like experience.

While the Galaxy S9 and S9+ are rumored to follow the same design language and naming scheme of the last year’s flagship models, the newer version of Dex Station is expected to launch with a slightly different name and form factor.

Samsung has registered the ‘Dex Pad’ trademark at the EUIPO (European Union Intellectual Property Office). The registration almost confirms the launch of a new Dex accessory with the Galaxy S9 and Galaxy S9+. The name change also implies that the new Dex Station will probably come in a different form factor.

All the rumors have been pointing towards a new Dex Station which doesn’t require users to dock the phone but instead place it flat like on a wireless charging pad. The new form factor should also allow the smartphone screen to be used as a touchpad for the desktop experience.

While the Dex Pad seems to be a step up from the current Dex Station, it would have been more interesting if Samsung went the Huawei route and eliminated the need for a separate accessory. Huawei’s Mate 10 and Mate 10 Pro offer Dex-like functionality by using a simple USB-C cable. While Samsung’s approach helps in better performance, the additional cost of buying Dex Pad may restrict it to a niche group of users. 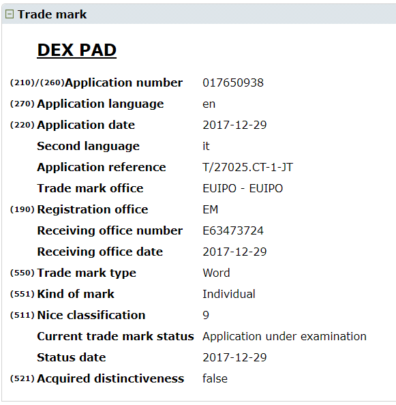 Samsung DeX is one of the best pieces of productivity software that the company has ever made. It transforms y …

One UI 3.1.1 debuted with Samsung’s latest foldable flagships at Galaxy Unpacked. It’s not a massi …