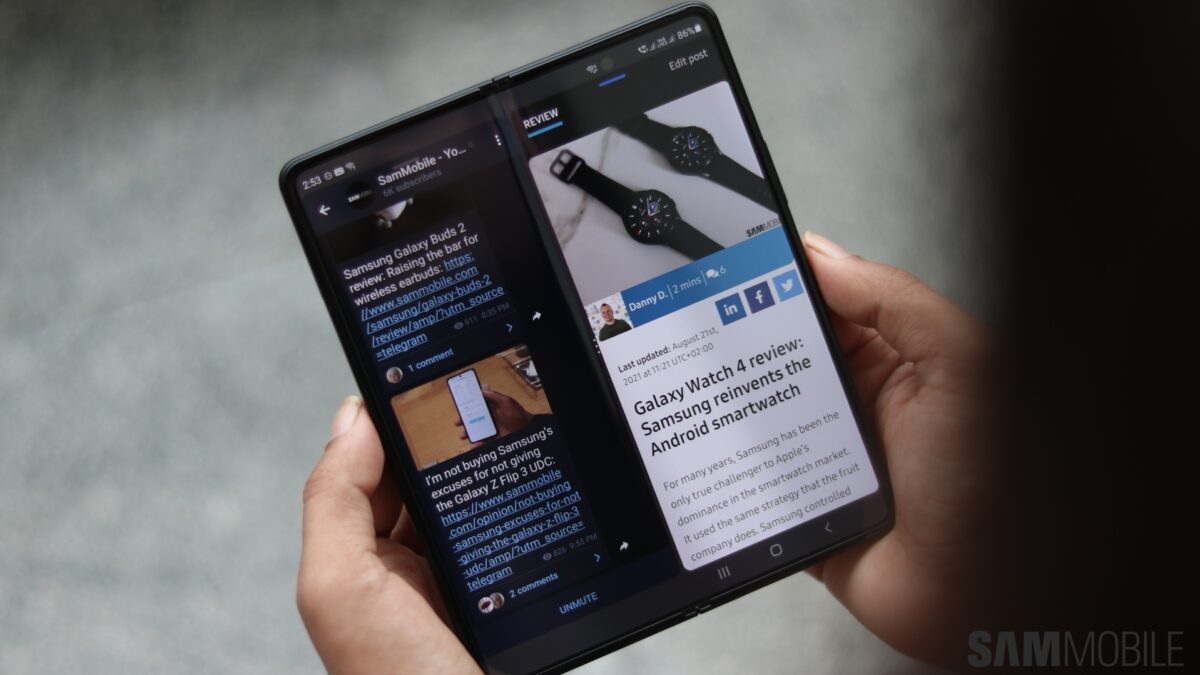 Samsung continues trailing behind Apple in the premium smartphone segment, reveals a new paper from Counterpoint Research. The data shows that Apple remained the leading premium smartphone vendor in Q2 2021, while Samsung followed Apple with a smaller market share than it had a year ago.

Counterpoint Research defines “premium smartphones” as devices that cost at least $400. Essentially, every iPhone released by Apple over the past 12 months is considered a premium smartphone by the market analyst. On the other hand, Samsung’s product portfolio covers a much wider price range, from the low end market to the luxurious $2,000 foldable segment.

Huawei saw a massive drop in market share from 17% to 6%, but this doesn’t appear to have helped Samsung much, as it was Apple who seems to have captured most of Huawei’s lost market share.

As far as each market is concerned, Apple is leading the way globally — including in China — while Samsung got the silver medal in North and Latin America, Europe, the APAC region, and the Middle East and Africa.

The good news, at least according to the market watcher, is that Samsung is likely to gain market share in the second half of the year, thanks to the Galaxy Z Fold 3 and Galaxy Z Flip 3 launching for lower prices than their predecessors did last year. 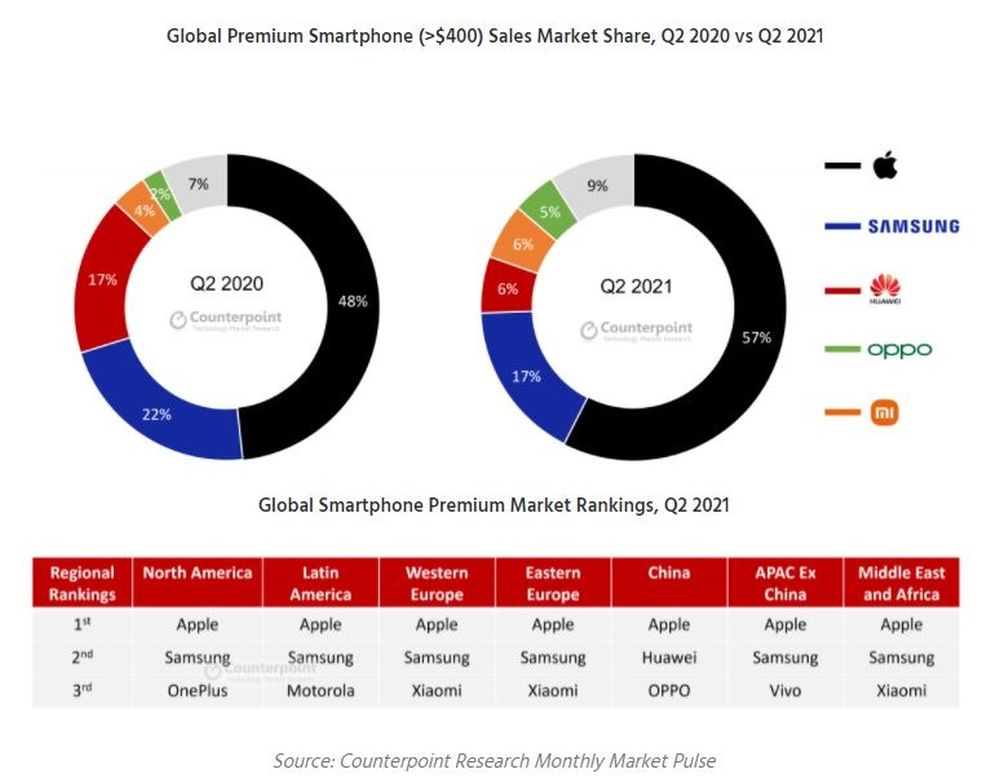