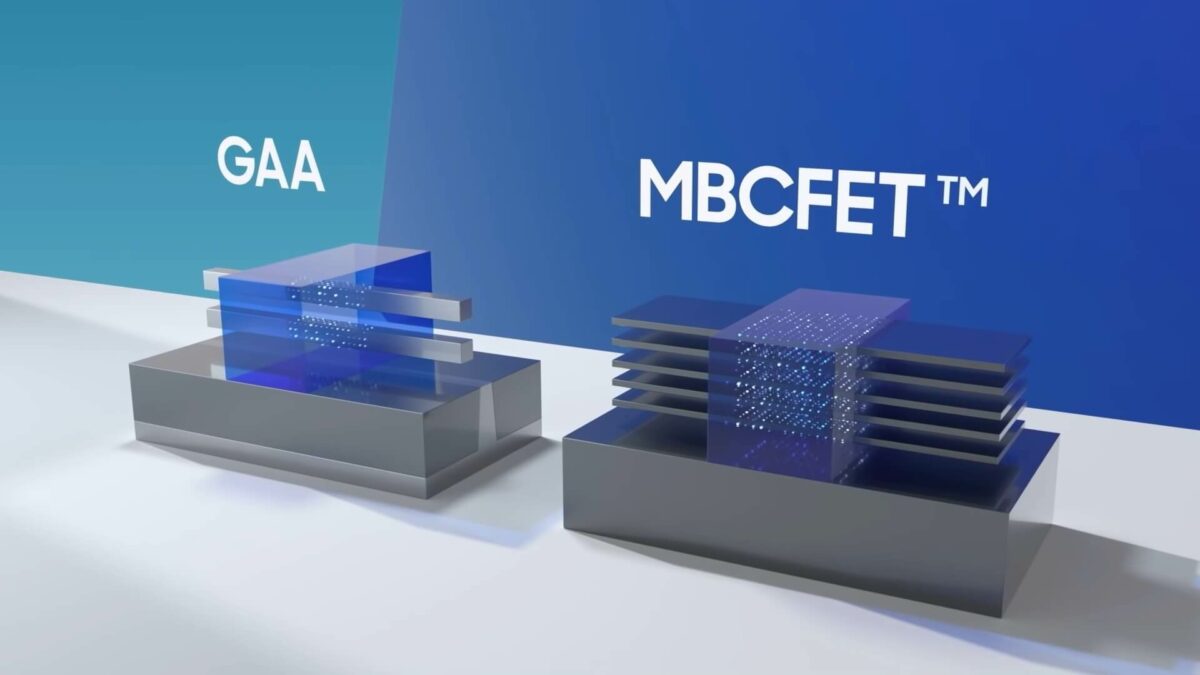 Samsung is reportedly days away from announcing that it is ready to mass-manufacture 3nm semiconductors. In turn, this could mean that Samsung may soon have more to share about its next Exynos chipset.

The Korean tech giant will beat TSMC to the market by a few months with its 3nm process. TSMC could begin 3nm-based mass-production in the second half of 2022.

Samsung will build 3nm chips using the GAA (Gate-All-Around) technology. The company should achieve a 45% area reduction while boosting performance by 30% and lowering power consumption by 50%. (via Yonhap)

As per older reports, Samsung may be developing a new Exynos chipset for the upcoming Galaxy S23 flagship phone series. It’s supposedly called Exynos 2300, and Samsung could manufacture it using a 3nm GAA process. The company already made a $355 billion investment this year to bolster its semiconductor manufacturing capabilities and close the gap with the market leader, TSMC.

The Galaxy S23 should be unveiled early next year. And if Samsung is indeed ready to announce that it’s starting mass-manufacturing 3nm chipsets next week, it could mean that the Exynos 2300 is on the way.

Samsung is also aiming to become an Apple M2 chip supplier. The M2 is a 3nm chip. However, according to industry reports, the company’s role could be limited to supplying FC-BGA (full-chip ball grid array) substrates needed by the M2 SoC rather than manufacturing the M2 on its 3nm GAA process. Instead, Apple’s M2 chip is manufactured by TSMC.