Samsung sold the most phones in Q4 2017 despite market decline 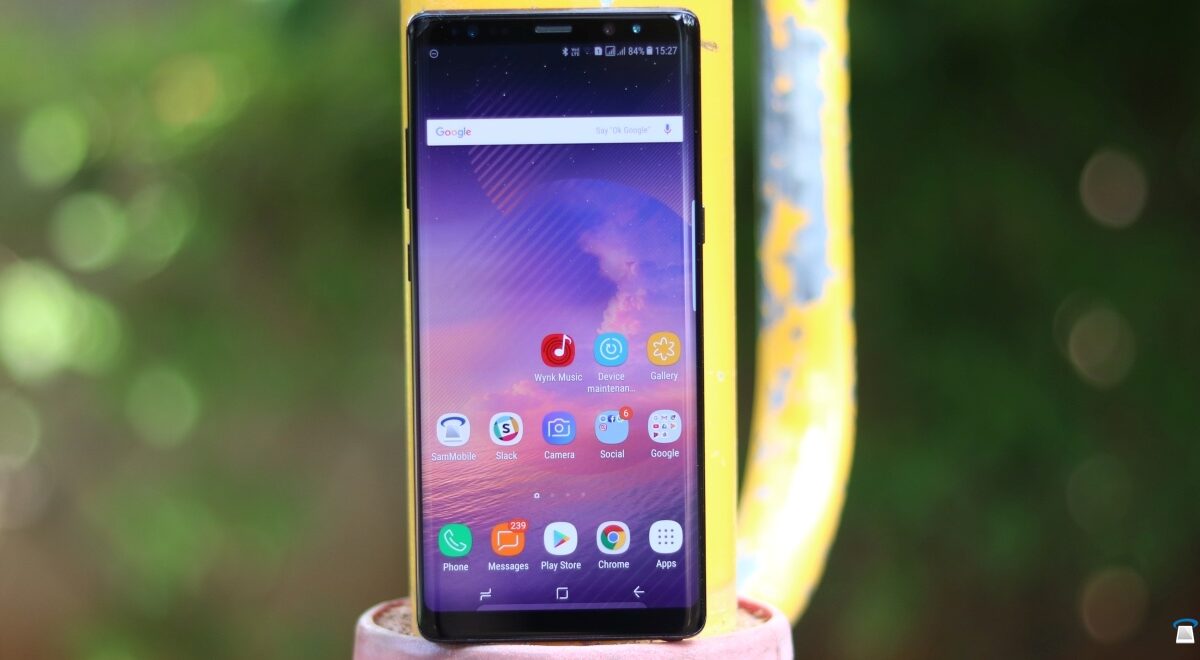 Gartner has published the worldwide smartphone sales numbers for Q4 2017 and the whole year. It says nearly 408 million smartphones were sold in the last quarter, registering a 5.6% decline over Q4 2016. Gartner says this is the first year-on-year decline since the firm started tracking the smartphone market back in 2004.

Xiaomi made the biggest gains

According to Gartner, Samsung retained the top spot in worldwide smartphone sales even though it saw a 3.6% decline in its unit sales for the quarter. Apple occupied the second place with 17.9% market share against Samsung’s 18.2%. Huawei, Xiaomi, and Oppo followed Samsung and Apple to make up the top five vendors. Huawei and Xiaomi were the only two vendors in the top five to register growth in the last quarter. Unsurprisingly, Xiaomi gained the most in the previous quarter with sales going up by 79% compared to Q4 2016.

Gartner attributes the decline in smartphone sales to “lack of quality ultra-low-cost smartphones and users preferring to buy quality feature phones.” The report also points towards users “choosing quality models and keeping them longer” as another key reason for the weak sales.

Gartner also published worldwide smartphone sales numbers for the entire year, depicting modest gains for Samsung. The Korean giant’s market share increased from 20.5% in 2016 to 20.9% in 2017, helping Samsung to retain the top spot. Interestingly, Xiaomi didn’t make it to the top five vendors when sales for the whole year were taken into consideration. This lines up with other reports showing huge gains for Xiaomi in the second half of 2017.

Even though smartphone sales reports from market research firms like Gartner help us in understanding the composition and the direction of the market, they are not necessarily indisputable. These reports often rely on unofficial and incomplete sources of information to calculate the numbers, which can result in contradictory findings by different market research firms. Take, for example, while Gartner says Samsung retained the top spot in Q4 2017, IDC’s report says Apple snatched away the top position from Samsung. So, take the exact numbers in these reports with a healthy amount of skepticism. 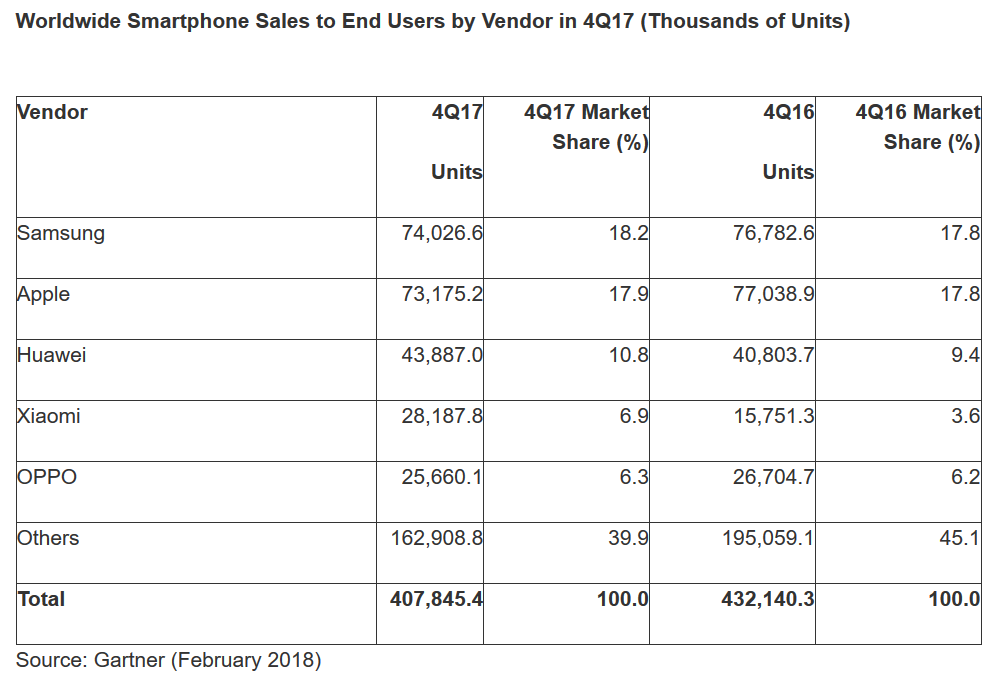 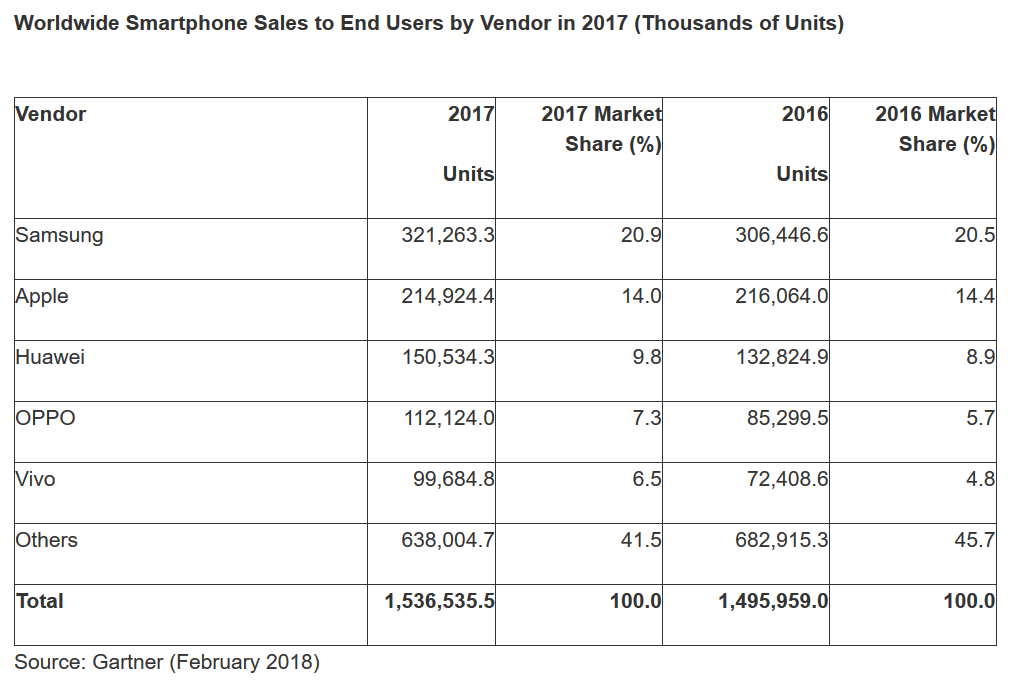 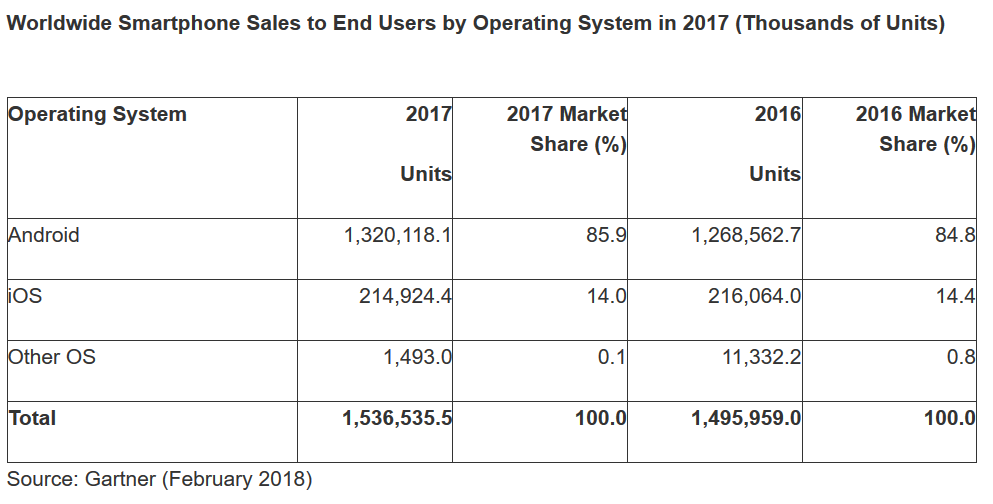