Much like in many other markets, it turns out that the Galaxy A series is very popular in Taiwan where a survey conducted in September revealed that 3 out of 5 best-selling smartphone models in the country carried the Galaxy A badge. But the Galaxy A42 5G is not just another new addition to the series; it’s also Samsung’s most affordable 5G smartphone to date, and it will support Taiwan’s full 5G band.

Samsung hasn’t revealed an exact release date for the Galaxy A42 5G in Taiwan, aside from the early November timeframe, but in other markets the device is scheduled to hit the shelves on October 30 so it’s likely that the Taiwanese release won’t lag too far behind.

One of the biggest selling points of the Galaxy A42 5G is precisely the fact that it’s a mid-range device with 5G connectivity, but of course, it can’t rise to the popularity of the Galaxy A series on 5G support alone.

The Galaxy A42 5G features a large 6.6-inch Super AMOLED display with a resolution of 1600 by 720, an under-display fingerprint scanner, and it’s powered by the Snapdragon 750G chipset paired with 6GB of RAM and 128GB of built-in expandable storage.

The phone also features a quad camera setup comprising a 48MP main shooter, an 8MP ultra-wide sensor, a 5MP depth camera and a 5MP macro lens. Selfie enthusiasts have a 20MP camera to work with and the phone relies on a 5,000mAh battery with 15W fast charging. Samsung will launch the Galaxy A42 5G in Taiwan in three color options including white, gray, and black, and each flavor has a multi-shade pattern on the back panel. 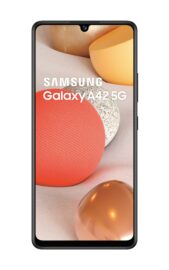 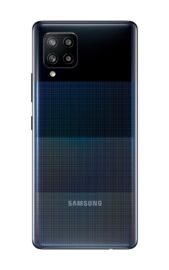 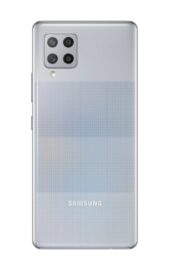 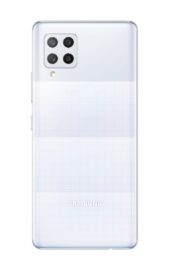