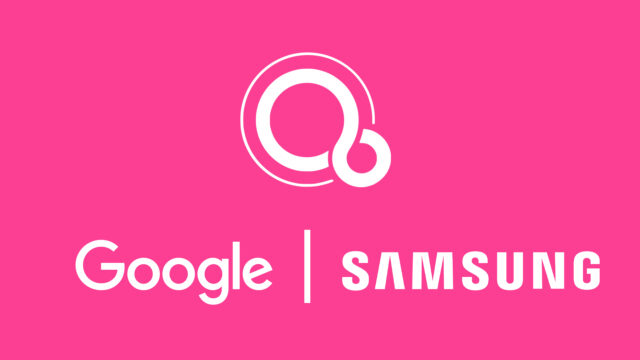 Future Samsung phones may no longer run Android OS, but a new operating system that’s been in development in Google’s laboratories for a few years now. It’s called Fuchsia, and as some of you may remember from earlier this year, it came to light that Samsung has contributed to Fuchsia’s development. Now, a new rumor suggests that Samsung may have gone a few steps forward and decided to leave Android behind in favor of Fuchsia (via @dohyun854).

This transition won’t happen anytime soon, though. The source specifies that it will take a few years before Samsung adopts this new open-source OS from Google. And it’s too early to tell if Fuchsia OS will be accompanied by One UI or another proprietary skin from Samsung.

Samsung may be getting a leg up on its competitors already

The transition from Android OS to Fuchsia isn’t something that Samsung came up with on its own, but rather, it’s all a part of Google’s master plan to switch to a new platform built from the ground up. Unlike Android OS, Fuchsia doesn’t use the Linux kernel but new code called Zircon.

Google is developing Fuchsia to run on a wide variety of smart products, from wearables to smartphones, tablets, computers, and IoT. It was already used for the Nest hub as a pilot run.

Assuming that Google makes this a reality and pushes Fuchsia to the forefront in the next few years, Samsung won’t be the only OEM to drop Android OS for some, if not all of its Android-running devices. Other OEMs will have to follow or be left behind.

And because Samsung already appears to be involved with Fuchsia’s development, this may give it a leg up over its competitors who aren’t. Samsung will familiarize itself with the new Fuchsia OS early on, and this early start could be the company’s key to maintaining its leadership in the new era.

The transition will take time, though, so don’t expect Android OS to be going away anytime soon. And although it seems like a scary change, it may be for the better. Android OS always had some kinks that Fuchsia could address.