Samsung Pay improves in the UAE, beta version is now live in Kazakhstan

Samsung Pay is improving in the UAE through new collaborations with First Abu Dhabi Bank (FAB) and Abu Dhabi Islamic Bank (ADIB). The new partnership allows customers to attach their ADIB Visa and FAB Mastercard or Visa credit/debit/prepaid cards to the mobile payment solution and make fast and easy payments through MST and NFC.

Additionally, a beta release for Samsung Pay is now taking place in Kazakhstan exclusively through Halyk Bank. The beta period will last until January 27, and it remains to be seen when the service will go live.

Samsung Pay now supported by 15 banks in the UAE

Samsung Pay was released in the UAE at the beginning of 2017 in partnership with Mashreq Bank. By the end of 2018, a total of 12 banking institutions in the UAE were supporting Samsung Pay. At present, Samsung Pay is supported by 15 banks, including FAB and ADIB. Refer to the table below for details.

Last year, Samsung focused less on launching its mobile payment solution in more markets and more on improving the service in existing countries. Last month, the company confirmed its plans to continue improving the platform wherever it’s already available, all the while expanding in new territories throughout 2020. It’s very early in the year and the company seems to be keeping its promises, so we’ll likely see Samsung Pay being launched in more markets before 2021. 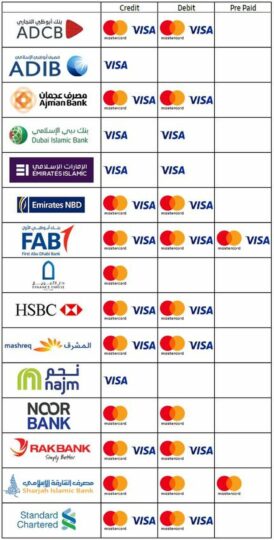