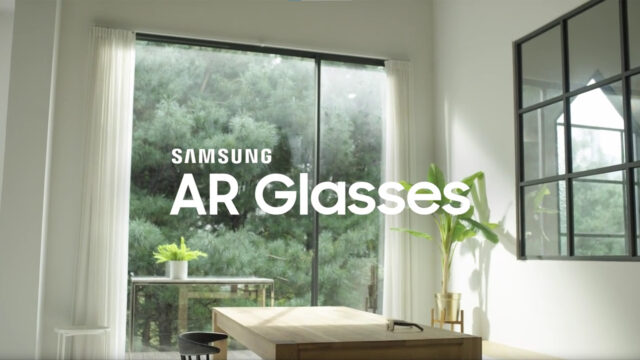 Samsung Electronics is now working with Microsoft on a new augmented/mixed reality project involving HoloLens, a report from the Korean media revealed today. The HoloLens are head-mounted mixed reality smartglasses developed by Microsoft for enterprises and various industries, and Samsung’s involvement could relate to hardware. The two tech giants could unveil this mysterious HoloLens project in 2024.

Microsoft released the first-generation developer edition mixed-reality HoloLens head-mounted display in 2016, and the company followed up with the more advanced HoloLens 2 model in late 2019. In essence, HoloLens allows wearers to insert augmented reality (virtual) objects into their surroundings and interact with them in 3D space as if they were there. It’s designed to boost productivity using augmented and mixed reality technologies, and as yet, Microsoft offers three HoloLens 2 models for different enterprise and industrial use cases.

The project reportedly involves multiple divisions, including Samsung Display, Electro-Mechanics, and SDI. Although Samsung’s precise role in this partnership with Microsoft is unclear, sources speculate that the company could be a hardware supplier for a number of components required for augmented and mixed reality head-mounted devices.

The co-joined project will reportedly run until 2023. However, the first commercial product to come out of this Samsung-Microsoft partnership won’t be shown to the public before 2024. Whether this partnership has anything to do with the so-called Samsung Galaxy Lite smartglasses remains to be seen, but they, too, promise HoloLens-like augmented and mixed reality capabilities.

Samsung’s latest use of augmented reality technology led to the opening of Dreamground in Hollywood Park and Samsung 837 in New York City last week.