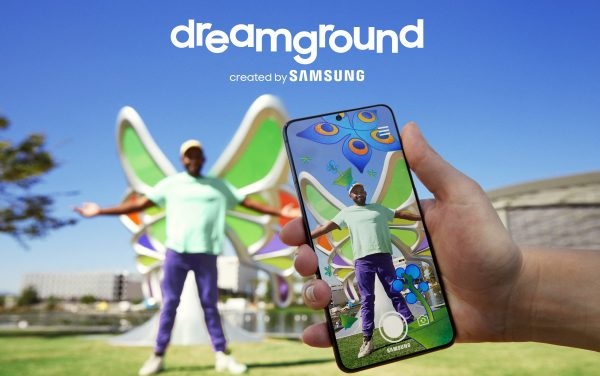 Over the past year and a half, countless tech events that used to be held on live stages got relegated to the virtual space due to COVID lockdowns. Various markets are now slowly recovering from this, and the tech world is finding new ways to bring live experiences to customers. Samsung is doing the same, and the company’s not only redesigning its Experience Stores to set a new benchmark in retail, but also announced the release of a new augmented reality (AR) experience for customers in the United States.

Explore, Create, Collaborate, and Play alongside other Dreamground visitors

AR elements placed by other people will remain in place in Dreamground for 24 hours. Visitors can explore and take photos with these AR objects created by others, and the good news for people who don’t own a Galaxy smartphone is that the Dreamground app is available for both Android and iOS.

Even so, there are some AR elements exclusive to Samsung 5G phones. Namely, Verizon customers visiting Dreamground with a 5G-enabled Galaxy phone gain access to some exclusive content, Samsung announced. This includes 4K, 360-degrees streamed videos in ultra-high fidelity AR.