Samsung currently has an upper hand over Chinese brands in terms of smartphone camera quality, and the Galaxy S21 Ultra is arguably the best smartphone camera in the world right now. However, the likes of OnePlus, OPPO, Vivo, and Xiaomi are improving their camera game by using larger sensors. Some are even partnering with big-name professional camera brands. If a new rumor is to be believed, Samsung could make the same move in the future.

It is being rumored that Samsung may partner with Olympus for its future smartphones. Reliable leakster Ice Universe posted on Chinese social media website Weibo yesterday that the two brands will collaborate in the future. Another source claims that it was Olympus who approached Samsung with a view of jointly working on future smartphones. If the negotiations between the two brands go through, we could see the first glimpse of their partnership with the Galaxy S22 series next year or with a special version of the Galaxy Z Fold 3 later this year. 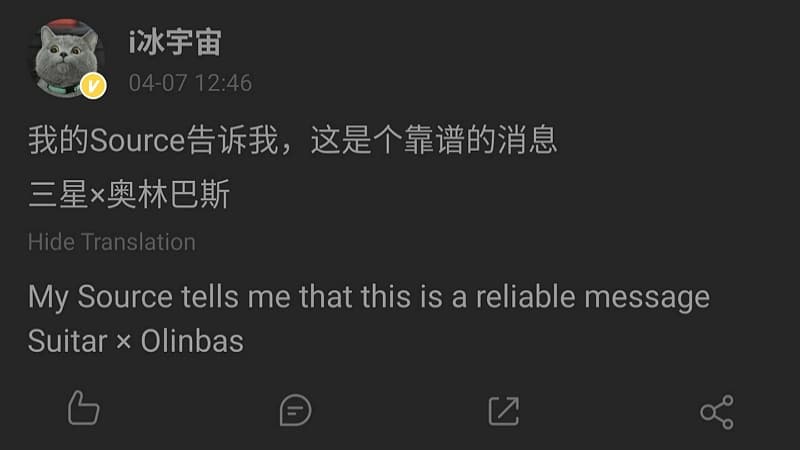 If the report is true, Olympus could help Samsung with things like color tuning and image processing, similar to how Hasselblad helped OnePlus with the OnePlus 9 series. Vivo recently partnered with Carl Zeiss for its X60 smartphone series, while Huawei has been in a long-time partnership with Leica. However, just partnering with a camera brand can’t guarantee improved camera performance. More often than not, such partnerships are more for marketing than actual innovation.

If you can remember, Samsung used to sell professional-grade mirrorless cameras and interchangeable lenses under its NX brand. However, the South Korean firm decided to pull out of the market back in 2015 due to a decline in sales of dedicated cameras. It was reported that all of the company’s camera and imaging experts who worked on the NX cameras were merged with the smartphone division.

Do you think Samsung should partner with a camera brand for its Galaxy smartphones, even if it is for the sake of marketing? Let us know your thoughts in the comments section below.