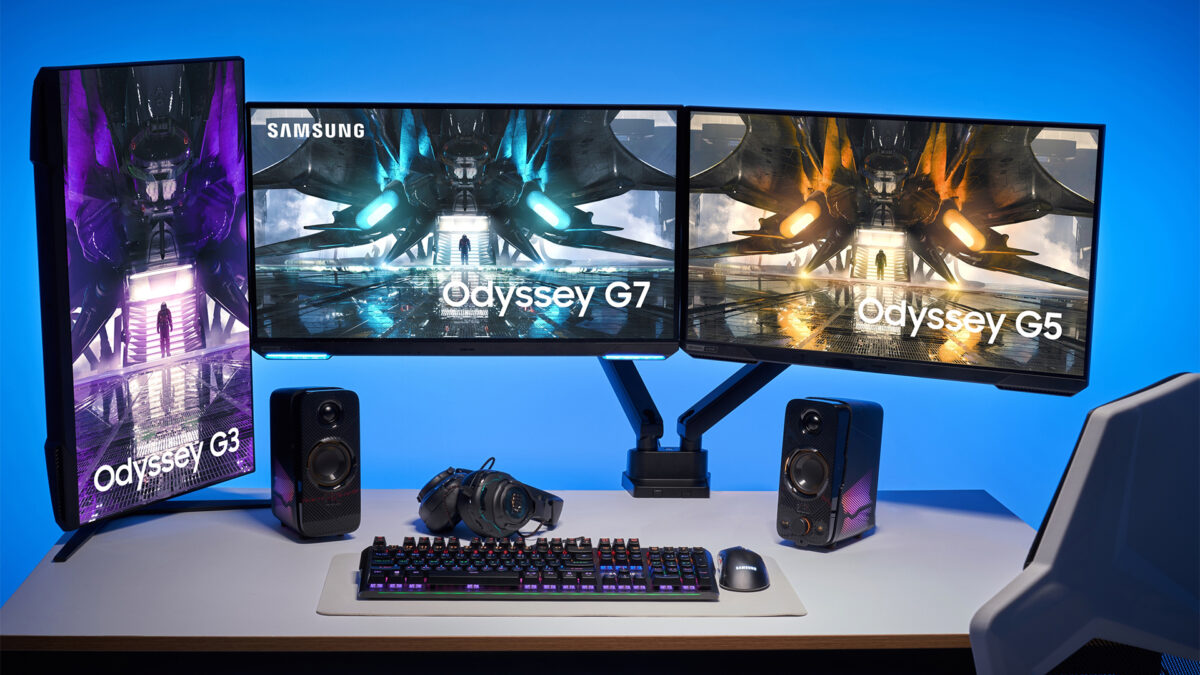 Samsung has a gaming-focused product lineup called Odyssey, and the company has launched several Odyssey laptops and monitors over the past few years. While the company didn’t see much success in the laptop space, its Odyssey gaming monitors have hit the mark among gamers.

The South Korean firm has now published a new infographic to showcase how it has consistently improved its Odyssey gaming monitors. Samsung launched its first curved Odyssey gaming monitor (CFG70) in 2016. It featured gamer-centric UI and design. It then introduced QLED display technology in 2017 with the CHG90. The CHG70 and the CHG90 were the first gaming monitors in the industry with VESA’s DisplayHDR 600 certification.

Earlier this year, the company unveiled the world’s first Mini-LED gaming monitor, the Odyssey Neo G9. It features 2,048 local dimming zones, a 1,000,000:1 static contrast ratio, and a peak brightness of 2,000 nits. The monitor even features an RGB lighting zone on the rear, called CoreSync, which automatically replicates the colors displayed on the screen. Right now, the company makes one of the best gaming monitors in the world.

Samsung has a bunch of competent gaming monitors on offer, such as the Odyssey G5, Odyssey G7, and the Odyssey Neo G8. However, the one that the South Korean tech firm launched at IFA 2022—Odyssey Ark—is in a league of its own. Featuring a massive, 55-inch curved QLED screen with 4K resolution and Mini-LED technology, […]