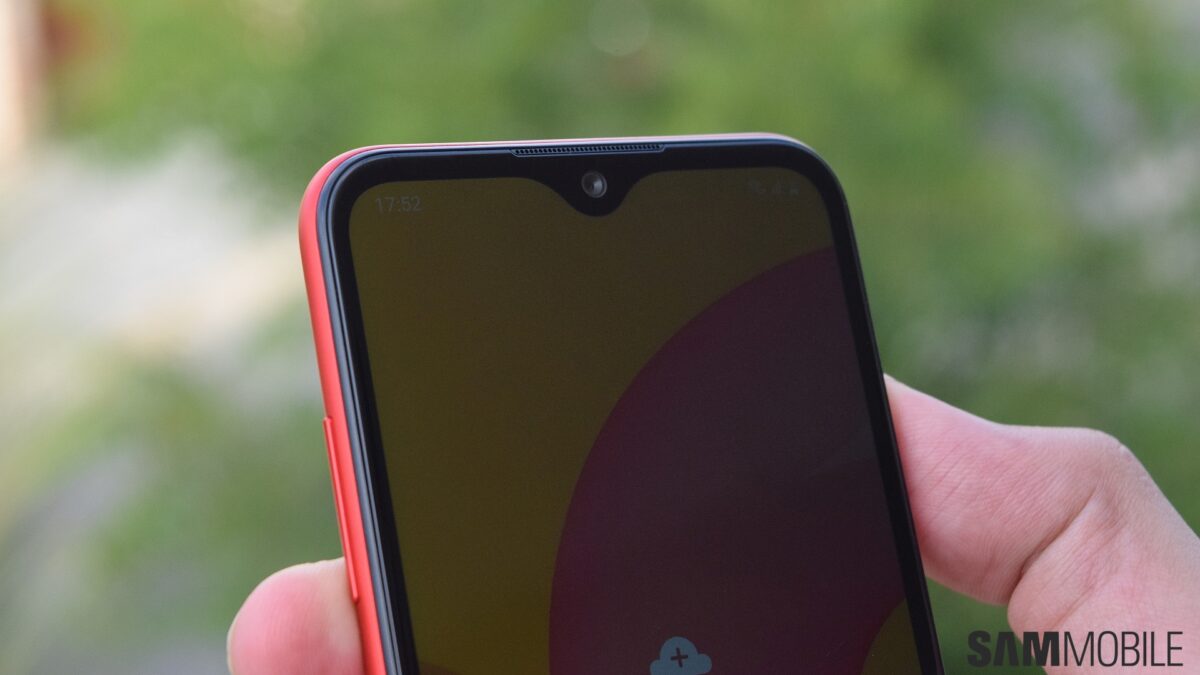 A couple of weeks ago we talked about Samsung’s apparent plans to bring back removable batteries for cheap smartphones, at least judging by pictures of a new removable battery that’s being developed for an unannounced phone. Now it looks like the very same affordable device has been spotted in the Geekbench database, where it carries the same SM-A013F model number.

The benchmark reveals a mere 1GB of RAM and a MediaTek MT6739 chipset under the hood of Samsung’s unannounced budget phone. The MT6739 SoC is a cost-effective solution equipped with four Cortex-A53 CPU Cores clocked at up to 1.5GHz and an IMG GE8100 graphics chip operating at a frequency of up to 570Hz.

The case of the mystery Galaxy A budget phone

Obvious low-end specifications aside, the SM-A013F model number also suggests this is another budget entry in the Galaxy A lineup. The Galaxy A01 with model number SM-A015F was released in January, and so the model number spotted at Geekbench in recent weeks (SM-A013F) should represent a cheaper variant.

However, as tempting as it may be to associate the SM-A013F model number with the so-called Galaxy A01e, Samsung’s usual naming convention dictates that an ‘e’ variant of the phone should’ve carried model number SM-012F instead. Therefore, it’s not entirely clear how Samsung will market this device, but regardless of how it ends up being called, it already shapes up to be Samsung’s most affordable mobile solution of the year.

Now, whether or not the company will bring it to the masses is another matter. We haven’t heard anything official yet and there is no info regarding availability, but we’ll keep you updated as soon as we learn more. Until then, check the benchmark below and let us know your expectations from what seems to be Samsung’s most budget-conscious phone of the year. Do you think a removable battery would be a good selling point? Leave a comment below. 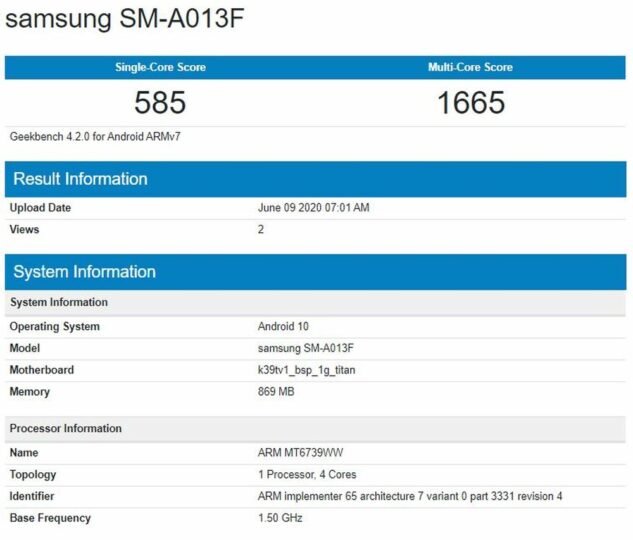 Via Phone Galaxy A01 Load 6 comments