Samsung is the world’s second-biggest mobile camera sensor maker, and its sensors are used by almost every smartphone brand. Over the past couple of years, the South Korean firm has launched various big-sized camera sensors, including the ISOCELL GN1 and the ISOCELL GN2. This year, it has made one more giant ISOCELL camera sensor.

The company has developed the ISOCELL GNV camera sensor, and it will be used in a Vivo smartphone. It is being reported that the ISOCELL GNV is custom-made for Vivo phones, and it has a size of 1/1.3-inch. It is most likely a 50MP sensor, similar to the ISOCELL GN1, ISOCELL GN2, and the ISOCELL GN5. It will act as the Vivo X80 Pro+’s primary camera and features a gimbal-like OIS system.

The phone also uses Vivo’s custom ISP (Image Signal Processor) named V1+, which has been made in close collaboration with MediaTek. The new chip brings 16% higher brightness and 12% better white balance to images in low-light conditions. Prominent sections of an image can see up to 350% better brightness for lower noise and better colors. 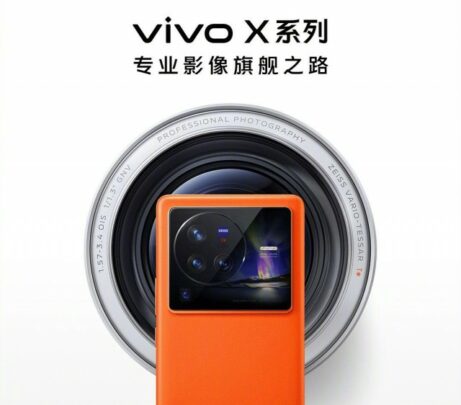