Samsung grilled about Exynos chips and lack of features by shareholders 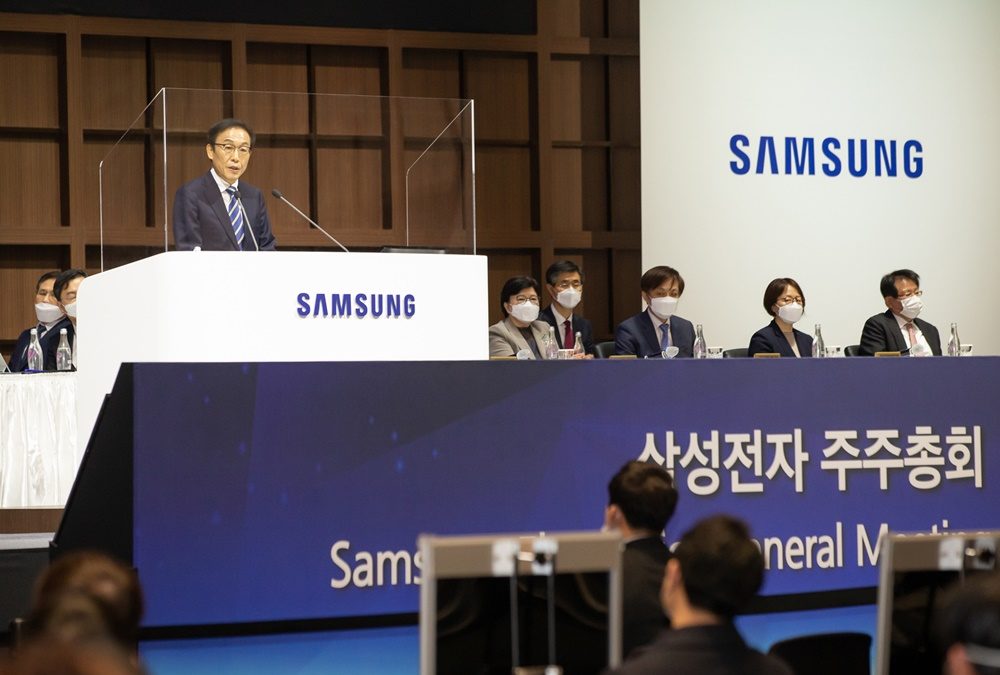 Samsung Electronics went ahead with its 51st annual shareholders’ meeting at the Suwon Convention Center in Suwon, South Korea despite concerns over the COVID-19 outbreak. The company did ramp up sanitation efforts to ensure the protection of its shareholders who came to attend the meeting.

It’s normal for executives to face tough questions from shareholders at these meetings. Even though the meeting was held amid less ideal circumstances, the shareholders made sure to grill Samsung executives on a variety of topics.

One of the shareholders pointed out that their child, a first-grader, wanted to buy an iPhone but they bought the child a Galaxy phone instead just because they’re a shareholder. What was Samsung doing to raise its brand identity? DJ Koh, President of Samsung’s mobile division, responded that the company must learn what it can from its competitors for this.

Another shareholder asked when Samsung will bring active noise cancellation to the Galaxy Buds. It was pointed out to Koh that Apple recently added the feature to the AirPods Pro. It was indeed rumored at one point that the new Galaxy Buds+ might feature ANC but they don’t. Koh said that it’s a matter of carefully deciding which feature should be introduced in a new product.

Koh also had to face a question about Samsung’s decision to maintain the split between Qualcomm and Exynos chips for its flagship phones, despite the performance and efficiency gap between the two. The Galaxy S20 comes with the Snapdragon 865 in South Korea, not the Exynos 990.

“What is the reason for sticking to the poor performance of Exynos and how to improve it?” asked a shareholder. Koh responded that Samsung doesn’t just push the Exynos chip because it’s made by the System LSI division of the company, which generates a significant chunk of its revenue from orders by the mobile division. “We are choosing a chipset based on competitive logic,” Koh reportedly said. The machine translation of the report, which is in Korean, also mentions that Samsung Electronics Vice Chairman Kim Ki-Nam listened to Koh talk about competitive logic with an “expressionless” look.

Koh also reiterated that the company was making efforts to regain its lost market share in China. “It is very heartbreaking,” he said, referring to Samsung’s market share declining to just 1 percent in the lucrative Chinese market. Samsung shook up its entire local distribution and sales network last year to reignite growth and Koh is confident that it will deliver results.