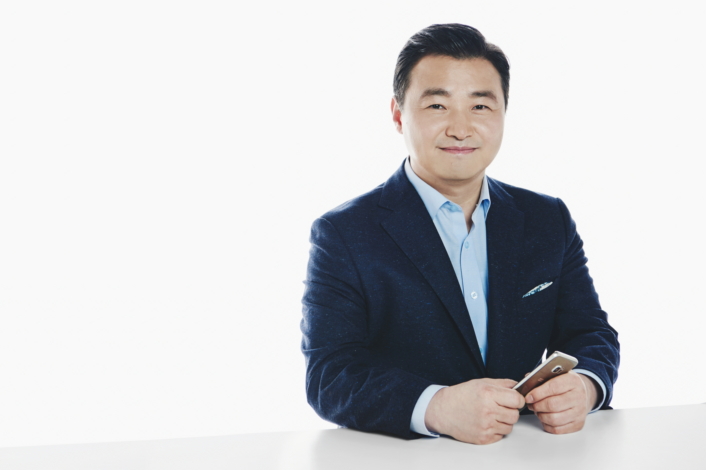 Samsung’s annual executive reshuffle has traditionally taken place in December but it was delayed for over a month due to some legal problems in South Korea. The reorganization was made public today with all three co-CEOs of Samsung Electronics being retained in their respective positions.

The most interesting development in this reshuffle is that Samsung has now appointed a new boss for its mobile division. Roh Tae-moon has been appointed the head of the smartphone division, taking over the job from DJ Koh, who took over the position from J.K. Shin back in December 2015.

Roh Tae-moon is a distinguished Samsung executive and is currently its youngest-ever president at 51. He has been with the company for over two decades and was previously the No. 2 executive at the mobile division under Koh.

He now takes over the top job from DJ Koh, who remains the CEO of Samsung’s IT and mobile communications business. Tae-moon will lead Samsung’s entire mobile business under Koh. Tae-moon is highly regarded in the company as an engineering expert who is a perfectionist for phone features. He led the development of the Galaxy series as a development specialist. Samsung says that as competition in the marketplace is intensifying, his appointment is expected to revitalize the organization with fresh strategies.

Tae-moon championed the cause of shifting strategies in order to better compete against major rivals like Huawei. He played a vital role in overhauling Samsung’s mid-range lineup and also pushed to outsource more handset production in order to bring costs down. We saw Samsung shift to the ODM model in the entry-level segment last year and there are already reports that this model may be expanded to cover more devices. That’s something we might see happening under the new boss.

Those who know the executive say that he’s very decisive and is likely going to make swift decisions in order to respond to changing dynamics in the market in order to protect Samsung’s lead as the world’s top smartphone company. Huawei has been trailing Samsung closely despite having troubles in the United States. Tae-moon’s primary concern will be ensuring that the Chinese rival doesn’t end up overtaking Samsung globally.

What this means is that we should expect some bold new moves from Samsung’s smartphone division in the coming months. Tae-moon’s first public appearance on the global stage will likely be on February 11 when the company unveils the Galaxy S20 and the new foldable smartphone in San Francisco. Exciting times ahead.

Tae-moon Roh was appointed as the new boss for Samsung Mobile earlier this year. He took over the job from DJ Koh who continues to serve as the CEO of Samsung’s IT and mobile communications business. He stepped into the role at a time when the world hadn’t fully realized how badly the COVID19 pandemic […]

Samsung can create multi-hinge foldable devices, but there’s no use yet

If you’ve followed the foldable scene over the years then you must’ve seen countless patent applications revealing purported designs for unreleased multi-hinge Samsung devices that can fold in more than one place. As Samsung is leading the foray into foldable screen technology, the company has obviously experimented with a lot of concepts. In reality, however, […]