The changelog for the new update just mentions bug fixes, device stability improvements, and security improvements. Since the January 2022 security patch was already released (with firmware version F926BXXS1BUL6), we think Samsung has fixed a bunch of bugs that were probably introduced with the Android 12-based One UI 4.0 update.

If you are a Galaxy Z Fold 3 user in Asia or Europe, you might soon get the new software update on your device. You can manually check for the latest update by navigating to Settings » Software update and clicking on Download and install. You can also download the new firmware file from our database and flash it manually. 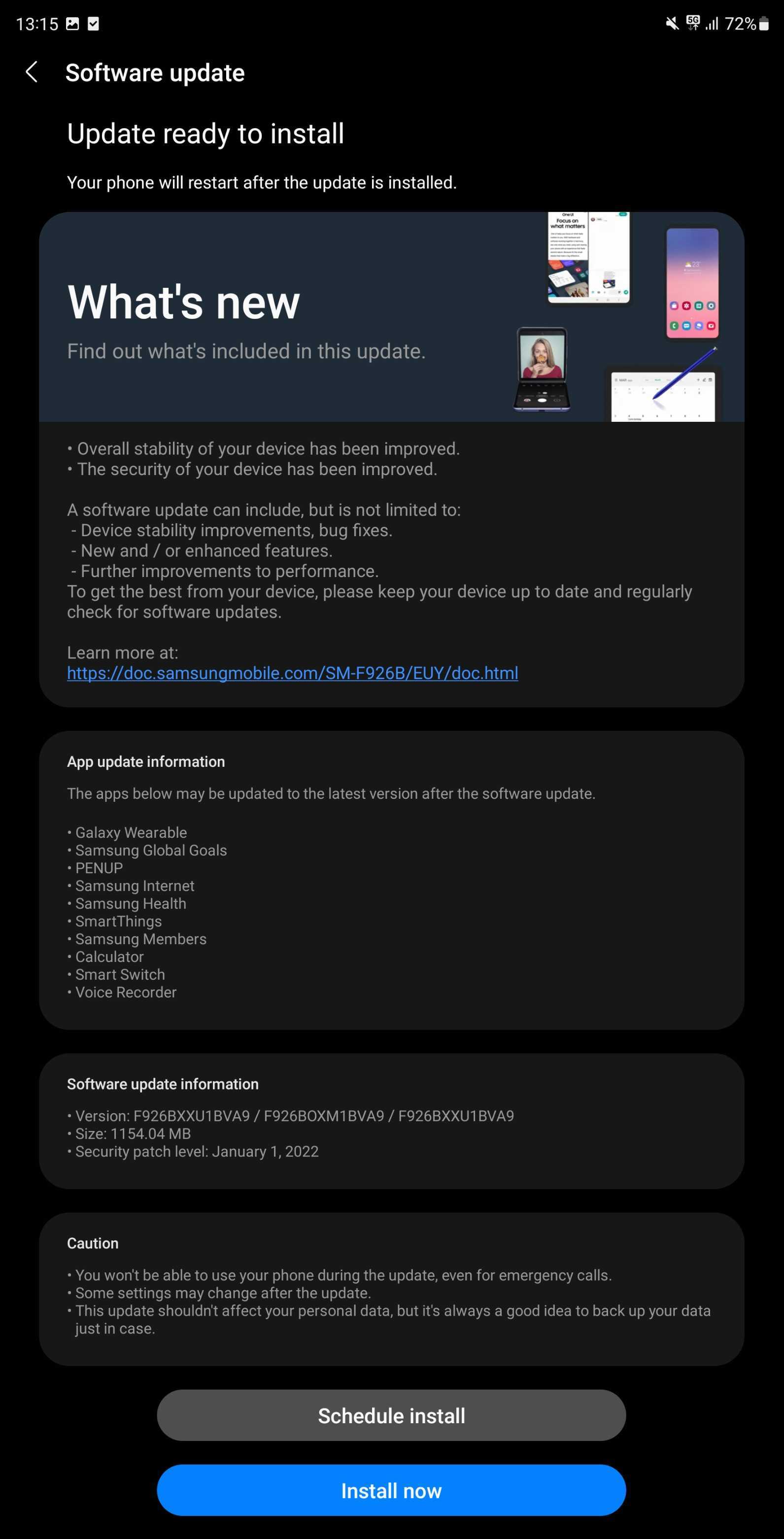