Samsung Galaxy A71 unveiled with Android 10 and Macro camera 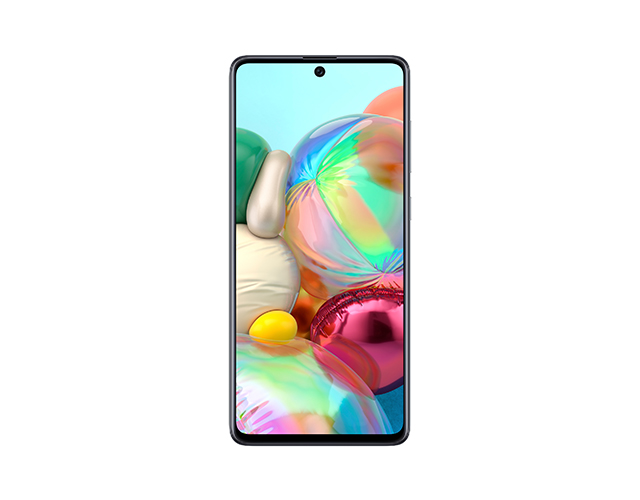 While today’s event in Ho Chi Minh City, Vietnam is only about the Galaxy A51, Samsung has quietly unveiled the Galaxy A71 as well. There were rumors that suggested this device was going to be made official soon. That’s precisely what has happened today.

The successor to the Galaxy A70 has the same design signature that Samsung is pushing with the new Galaxy A series. This includes an Infinity-O display with a centered punch hole for the camera and the new L-shaped camera setup at the back.

Galaxy A71 also comes with a Macro camera 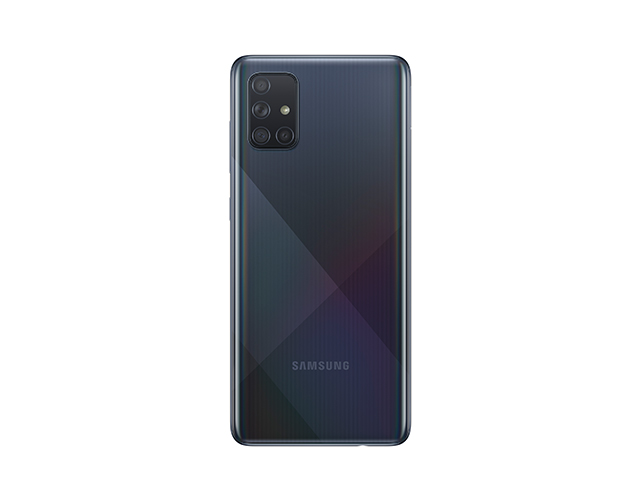 The Galaxy A71 features a 6.7-inch 1080×2400 pixel resolution Super AMOLED display, that’s exactly the same as the Galaxy A70, except that the latter had an Infinity-U notch. Made from Samsung’s Glasstic material, it measures in at 164.6 x 76.0 x 7.7 mm and weighs 179g. There’s an in-display fingerprint sensor as well.

It gets a slight bump in performance with the dual 2.2 GHz + hexa 1.8GHz octa-core chip, likely the Snapdragon 730, and will be offered with 6/8GB RAM and 128GB of internal storage. It has the same 4,500mAh battery as its predecessor with support for 25W fast charging.

Samsung hasn’t confirmed when it’s going to make the Galaxy A71 available to the public. Pricing information is not yet known. It will be offered in Prism Crush Black, Silver, Blue and Pink colors. Since the Galaxy A51 is coming with Android 10, it goes without saying that the Galaxy A71 will too.

It’s pretty much the same story as the Galaxy A50. Some slight design changes, a minor bump in the specs and major improvements for the camera. Would that be enough to compel people to purchase the Galaxy A71? Only time will tell.

Samsung has already released the March 2022 security update to some smartphones, but the Galaxy A71 is only no …